For the group’s first game back to support their friend, Penguins captain Sidney Crosby, they invited a special guest. 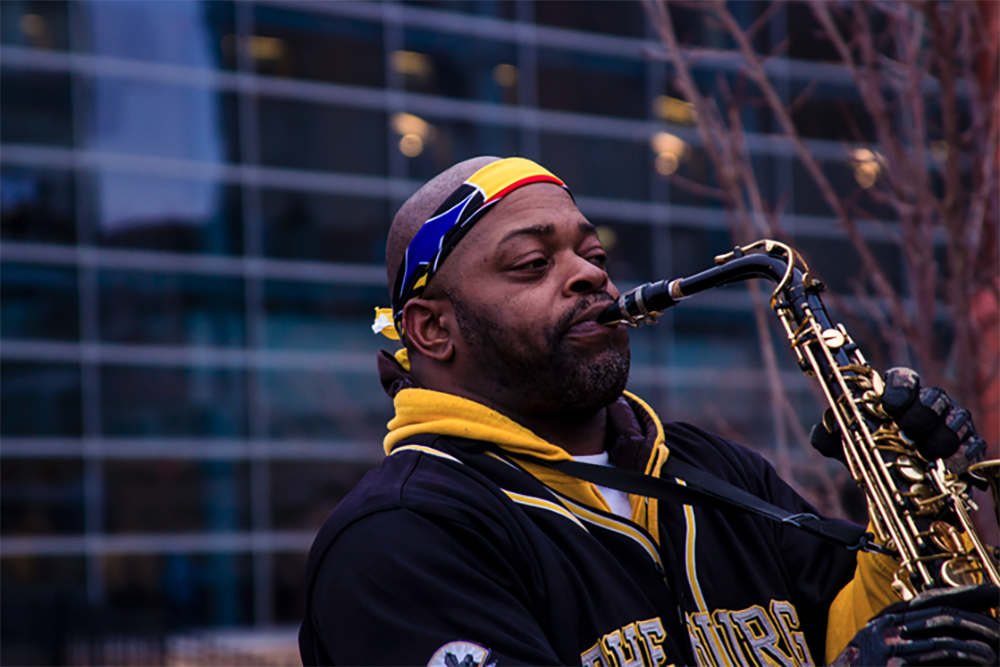 When it’s a hockey night in Pittsburgh, you can usually find saxophonist Reggie Howze outside the arena playing for the crowds.

Last Saturday, he was inside the arena as the team faced off against the Washington Capitals for what he told nhl.com was his first Pens game.

“It’s awesome and I love it,” Howze told nhl.com. “It’s the first time I’ve been to a hockey game in my life. Just the fact that I’ve never been in here after so many years, it’s quite special. And some people even recognize me in here, so I really feel appreciated.”

He was a guest of the Traveling Crosbys, a group of Pittsburgh Penguins captain Sidney Crosby’s friends from his hometown of Cole Harbour, Nova Scotia. The squad attends Crosby’s games wearing jerseys from former teams he’s played on — or sometimes costumes, such as penguins, or, in this case, a G.O.A.T.

“Well Sid, the greatest of all time, was playing Ovi, so we just had to do it,” Logan Delaney said.

The Traveling Crosbys enjoy dancing to Howze’s music after a game. A few years ago, Crosby’s cousin Terry Forbes got Reggie’s number and told him they’d bring him to a game the next time they came. They even brought him an extra goat costume.

“For everybody, it’s awesome to be back,” Delaney said. “It’s so refreshing to be able to do these things and to travel. We’ve been waiting a long time to do this, so it’s just incredible to be here. It just makes you feel normal again.”