PM Film Critic Sean Collier counts down the 10 best films of the decade. 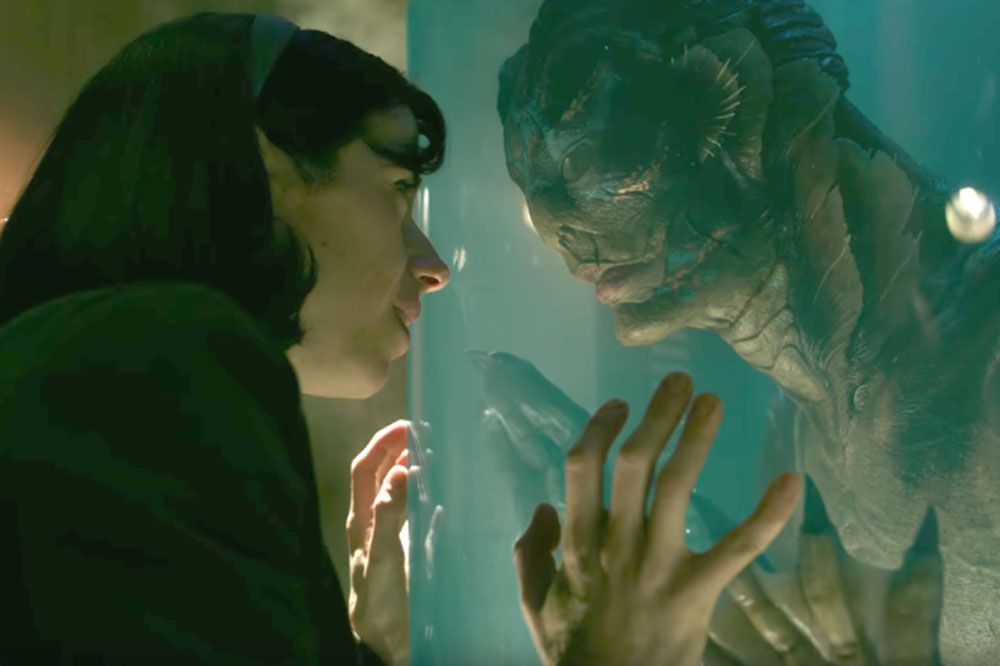 “THE SHAPE OF WATER”

As I looked over the likely contenders for the decade’s best films, one thing quickly became apparent: There were ten films that simply had to be on the list. While it’s difficult to look at movies from years ago in the same way I first viewed them, I didn’t struggle with many of these selections. A few were not only great movies in their moment but films I would consider all-time classics. A few more were my personal favorites. Others were so representative of some aspect of this decade in cinema that they demanded inclusion.

While one of these movies is a current release, the most important thing to me is a lasting impression. In the thousand-plus movies I’ve reviewed over the past decade, these are the films that still speak loudly.

Before the list, I can’t proceed without including some honorable mentions. We’re summarizing a full decade, after all, which cannot be done in 10 — or 100 — selections. I have limited myself to 20 additional nods: “12 Years a Slave,” “Anomalisa,” “Arrival,” “Birdman or (The Unexpected Virtue of Ignorance),” “Bridesmaids,” “Drive,” “Frozen,” “Gravity,” “Her,” “If Beale Street Could Talk,” “Inside Out,” “It Follows,” “La La Land,” “Mudbound,” “Room,” “Scott Pilgrim vs. The World,” “The Social Network,” “Spotlight,” “Whiplash” and “Zero Dark Thirty.”

With an apology for a bit of recency bias — I’m pretty sure that 2016-18 were really, really great, but that could also be the memory of earlier years fading — here are my selections for the best films of the ’10s. 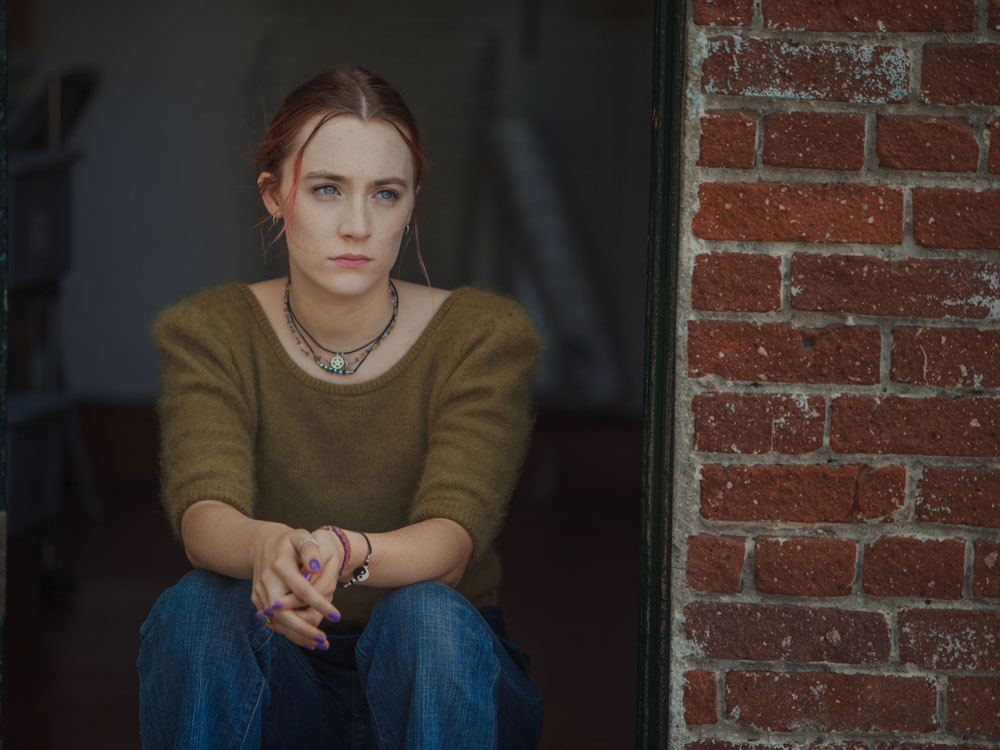 10 — Black Swan (2010)
The 20-year career of director Darren Aronofsky contains a number of memorable films, including the impactful dramas “Requiem for a Dream” and “The Wrestler.” (We’re never going to talk about “mother!” again.) “Black Swan,” a masterpiece of ballet-motivated madness, remains his apex. Natalie Portman’s desperate journey into delirium is a gripping, nightmarish depiction of obsession and ambition. Portman’s Best Actress prize was well deserved, and the film should’ve taken the Best Picture Oscar from the ho-hum dramedy “The King’s Speech.”

9 — Black Panther (2018)
For better and worse — both in measurable quantities — it was a Marvel-dominated decade, as the studio created the largest and most ambitious film franchise in history, reaping staggering rewards for its focus. Many of the films were quite good; only one, however, distinguished itself from the pack. “Black Panther” placed its tale of sibling rivalry in a lush history-meets-fantasy world, then packed it with memorable characters and a powerful script. A few films — “Logan,” “Wonder Woman” and even “Deadpool” among them — flirted with transcending the bounds of the genre. Only “Black Panther” fully stood alone.

8 — Lady Bird (2017)
Over the course of the ’10s, Saoirse Ronan has gone from child prodigy — she was already an Oscar nominee when she kicked off the decade, at 16, with “Hanna” — to one of the most skilled and powerful performers of her generation. Her frequent director, Greta Gerwig, has undergone a similar ascendance, peaking with the kinda-sorta semi-autobiographical “Lady Bird.” (Her current release, “Little Women,” is nearly as good.) The coming-of-age tale captures the uncomfortable, aching and often absurd transition into adulthood perfectly, thanks in part to a loaded cast of young performers — Ronan, Timothee Chalamet, Beanie Feldstein, Lucas Hedges — that may lead to “Lady Bird” being looked back on as the wellspring for the brightest stars of the ’20s.

7 — Interstellar (2014)
When this epic work of science fiction debuted, I immediately declared it not only the best film of the year but one of the best I’d ever seen. Time has diminished it a touch in my mind — admittedly, that Anne Hathaway speech should’ve been axed — but I still regard it as a deeply underrated work of cosmos-spanning adventure. Beautiful cinematography, a perfect score and a career-best performance from Matthew McConaughey add to the package, but the power of “Interstellar” is in its DNA. This is a subtle and resounding story about our tiny, yet vast, place in the universe.

6 — Mad Max: Fury Road (2015)
The middle of the decade was an era of excess. Dormant or forgotten franchises — from “Jurassic Park” to, uh, “21 Jump Street” — roared back to life and immediately went way, way over the top. The best of these, by far, is “Fury Road,” the wild reinvention of the “Mad Max” series. Charlize Theron wrests the series away from its title character and makes Furiosa into an instantly iconic action hero, but it is the baffling and thrilling seek-and-destroy sequences in the desert that propel “Fury Road.” And if one character can embody mainstream cinema in the 2010s, it’s probably the flamethrower guitar guy. 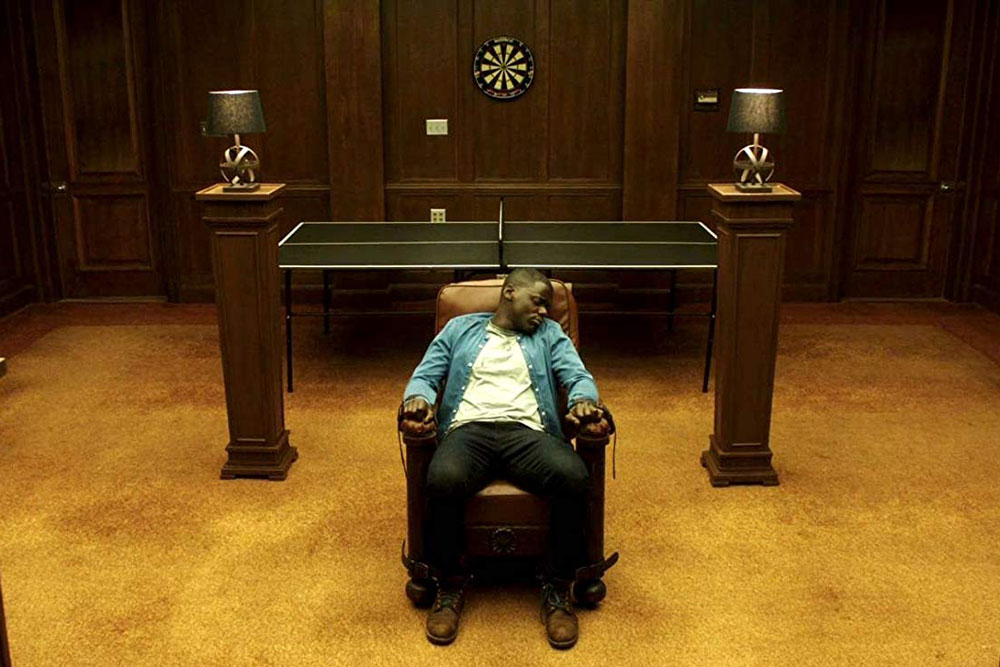 5 — Suspiria (2018)
I’ll readily admit that mine is the only end-of-decade list on which Luca Guadagnino’s “Suspiria” remake is likely to appear — let alone earn a place in the top five. I was floored by this aggressive, unrelenting, uncompromising piece; it’s a haunting and unforgettable work, and it serves as a testament to reinventing a classic in order to remake it. Many viewers were jarred by this admittedly brutal film (and, of course, plenty of horror hounds quibbled with its take on a much-admired property). If you can stomach sheer visual madness, though, “Suspiria” is worth revisiting or (more likely) tracking down for the first time.

4 — Marriage Story (2019)
The difficulty in and dissolution of a marriage is as well-worn a cinematic topic as any. Yet no film this decade captured the complex, implacable blend of emotions depicted in “Marriage Story.” A genre-free journey through dark and sometimes shining nights of the soul, Noah Baumbach turns Adam Driver and Scarlett Johansson — both delivering career-best performances — into raw factories of lived life. This year’s Best Picture fight is shaping out to be a slugfest between “The Irishman” and “Once Upon a Time … in Hollywood,” but — in a just ceremony — the producers of both of those films would politely applaud as “Marriage Story” took the crown.

3 — Get Out (2017)
It was a big, bold decade for horror movies, culminating with two films from the genre’s unrivaled new boss, Jordan Peele. His directorial debut, both a biting and cogent satire and an edge-of-your-seat thriller, revitalized the genre; it also elevated it, firmly pushing genre fare back into awards contention and the critical dialogue. That’s beside the point, however; “Get Out” is simply an excellent film, with breathless, perfect performances, a razor-sharp script and an unparalleled unity of creative vision. Everything in a Jordan Peele movie is perfectly calibrated and designed in service of creating a lasting, influential presence in the mind of the audience — a goal at which the newly minted auteur excels.

2 — The Shape of Water (2017)
Man, 2017 was a great year from movies. Aside from the three entries in this list (and more in the honorable mentions), memorable pictures including “The Florida Project,” “Okja,” “Dunkirk,” “The Big Sick,” “Wonder Woman,” “Logan,” “Call Me By Your Name” and more — including the decade’s best Star Wars movie, but let’s not wade further into that particularly firestorm — represented an embarrassment of riches for moviegoers. Standing (scale-covered) head and shoulders above the pack, however, was “The Shape of Water,” a dynamic piece of big-screen fantasy as uncanny as any creature feature and as whimsical as any arthouse confection. Was there a better love story in recent memory than the humble affair between Elisa and her fish-man? Was there a film with a more perfect dance between score, script and stars? Did anything make you love going to the movies more? If I could drop what I’m doing and rewatch one of these films right now, “The Shape of Water” would be my choice. 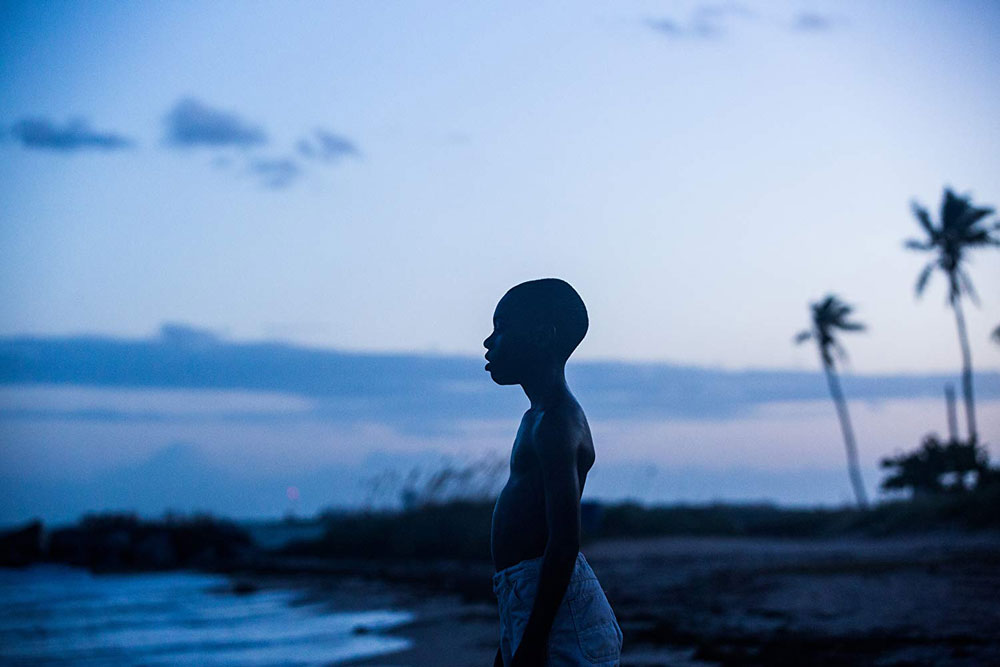 1 — Moonlight (2016)
Few directors have started their careers with a better opening statement than Barry Jenkins. “Moonlight,” the surprise Best Picture winner about a boy’s rocky transition into adulthood, is perfect. Five sublime performances from Trevante Rhodes, André Holland, Naomie Harris, Janelle Monáe and Mahershala Ali take Barry Jenkins’ screenplay — which should be studied alongside the works of August Wilson and, hell, William Shakespeare — and turn it into a universal drama of frustration, love and hope. Jenkins did not rest on the rapturous and rightful praise “Moonlight” received, immediately following it with “If Beale Street Could Talk,” an honorable mention on this list (and one that itself flirted with earning a spot in the top ten). With those two films, he leads the charge into the next decade as America’s finest filmmaker. He will make another movie as good as “Moonlight,” and we’ll all be better for it.