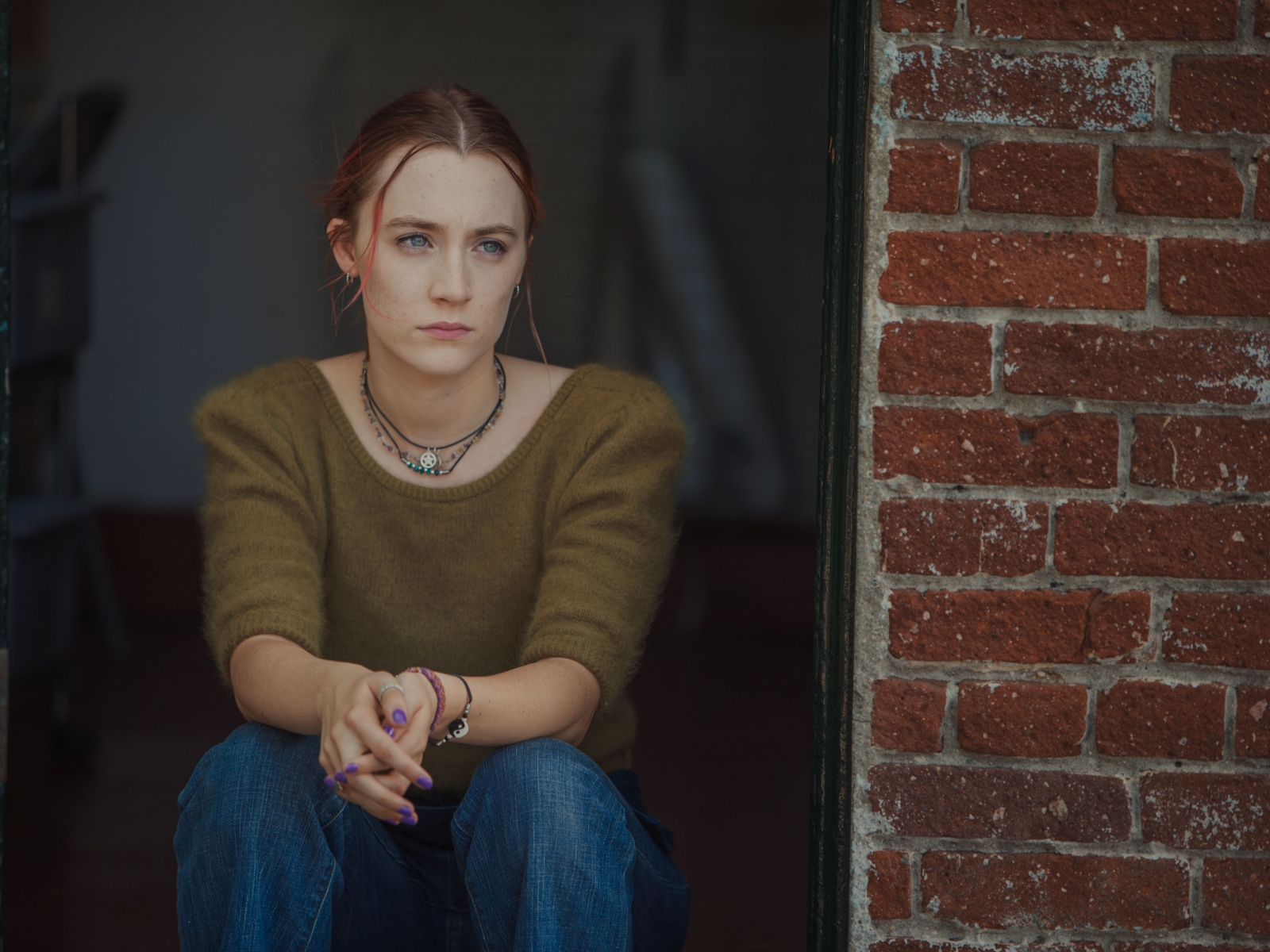 Photo by Merie Wallace, courtesy of A24.

In the cinema landscape of 2017, greatness was evenly distributed.

As the distinctions between cinema-as-art and movies-as-entertainment continue to fade, there is brilliance to be found in the blockbusters and boutique offerings alike. Genre fare or prestige picture? Now more than ever, there is often no line between the two.

The most clear and cogent commentary arrived not via arthouse refinement, but through horror and comedy in the form of “Get Out” and “The Big Sick.” After years of box-office dominance, the superhero genre rose to new heights via two of the best comic-book flicks of all time, “Wonder Woman” and “Logan.” And, for better or worse, Netflix is now a destination for first-run films as worthy as those in brick-and-mortar cinemas, thanks to “Okja” and “Mudbound.”

These are signs of a living, evolving artform, so don’t believe any hand-wringing thinkpieces you might read about the uncertain future of film. As the following 10 choices — from a field where at least another 30 or 40 movies could’ve elbowed their way to the top of the chart — illustrate, the best films of 2017 stand up against those from any year.

#10 — Dunkirk
Christopher Nolan, the lauded, singular director of the “Dark Knight” trilogy and “Inception,” dealt for the first time with the past via a beautifully structured and magnificently staged tale of despair and defiance. The result is a thrilling recreation of a pivotal moment in British history (unknown to many Americans). If you can pause your mind from considering the harrowing stakes and circumstances of the tale, you’ll find some of the most breathtaking visuals of the year.
How to See It: Out on DVD and Blu-Ray, as well as digital on-demand services, now.

#9 — Lady Macbeth
You’re forgiven if you didn’t catch this period drama earlier this year; it barely made $1 million throughout a quiet release this summer. It’s worth seeking out, however — a tawdry and troubling story of bad behavior in the age of manners (related only in theme to The Scottish Play). It’s also a star turn for its lead, Florence Pugh, who you’ll be hearing from extensively in 2018; she’s got three features on tap, including the next Liam Neeson action flick.
How to See It: Out on DVD and Blu-Ray, as well as digital on-demand services, now.

#8 — The Killing of a Sacred Deer
When, in the cold months to come, you are in your darkest mood, wallow further into it by watching writer/director Yorgos Lanthimos’ bizarre horror fable. Colin Farrell and Nicole Kidman star as the parents of a curiously afflicted family; the twists will knock you over and the ending will truly haunt you. This isn’t one to watch with anyone to whom you are related — or anyone at all, really. But for unflappable viewers, this is a delicious and captivating trip.
How to See It: Available on select digital on-demand services now; out on DVD and Blu-Ray in late January.

#7 — Okja
A little girl tries to get her beloved pet out of trouble! That is “Okja” at its most simple, and in many ways, the film is structured like a classic, all-ages adventure. Except the pet is a genetically enhanced super-pig the size of a bus. And the trouble is a multinational corporate conspiracy spearheaded by a gleefully hammy — no pun intended — Tilda Swinton, playing two perfect roles. By turns delightful, harrowing and thrilling, director Bong Joon-ho’s rambunctious fantasy is irresistible.
How to See It: Streaming on Netflix.

#6 — Get Out
Heralded as the savior of the horror genre — not to mention the box-office in general — “Get Out” came to theaters as an underdog and left a titan. Jordan Peele’s blend of commentary, satire and sheer horror has plenty to say, certainly, but it’s first and foremost an excellent movie, perfectly performed — Daniel Kaluuya deserves special recognition — and indelibly crafted. May horror follow this example: Have a point and go all out to make it.
How to See It: Out on DVD and Blu-Ray, as well as digital on-demand services, now.

#5 — Lady Bird
Extraordinary and heartbreaking truth exists in “Lady Bird,” writer/director Greta Gerwig’s yarn of early-2000s teenage wastelands. There have been innumerable coming-of-age tales well told, but few so perfectly match a director of distinct vision, a star — the incomparable Saoirse Ronan — of endless depth and a story both eminently relatable and wholly original. Anyone who cannot see themselves in Lady Bird isn’t truly watching her; anyone who doesn’t want to give Gerwig permanent carte blanche to make whatever movies she wants didn’t watch “Lady Bird.”
How to See It: In select theaters now.

#4 — The Florida Project
It’s a slice of life driven by without a glance en route to The Happiest Place on Earth. In the hands of director Sean Baker (a rising star in his own right), the forgotten corners of Orlando, Fla. are a sun-bleached satellite of human existence, as an underclass far removed from the high-priced pleasure of the theme parks ekes out an undignified existence. Heretofore unknown stars Bria Vinaite and 6-year-old Brooklynn Prince are astounding. Miraculously, though, this is not a movie about indignity and class; it’s a movie about childhood.
How to See It: Currently out of theaters; available on streaming services next month and DVD and Blu-Ray in February.

#3 — Three Billboards Outside Ebbing Missouri
With the heartbreaking and honest “Three Billboards,” Martin McDonagh has finally made a movie as powerful as his best plays. Frances McDormand gives the best performance of her already excellent career as a grieving mother raging (with a midwestern dignity not afforded to her by her neighbors) against injustice, while a knockout supporting cast full of life and complexity rounds out a believable and idiosyncratic world. You’ll never laugh louder at a completely devastating film.
How to See It: “Three Billboards” is nearing the end of its theatrical run, but may well return to local theaters after Oscar nominations are unveiled on Jan. 23.

#2 — The Shape of Water
A gorgeous, bewitching fairy tale, Guillermo del Toro’s “The Shape of Water” is assuredly the year’s most unforgettable movie (even if my top choice did edge it out by a nose). Bathed in shades of green and a haunting score, the romance between Sally Hawkins — by rights, the presumptive Best Actress winner in a year overflowing with great turns — and the creature played by Doug Jones is simple, magical and grand. In a year with a (very good) remake of “Beauty and the Beast,” “The Shape of Water” is that story in its most honest (and yet lyrical) terms.
How to See It: In theaters now.

#1 — Mudbound
The best movie of the year is one that only nominally appeared in movie theaters, instead emerging as the best Netflix release to date. Director Dee Rees, who adapted Hillary Jordan’s novel (with co-writer Virgil Williams), mires her film in the mud of Mississippi, weaving the experience of a half-dozen characters into a symphony of disappointment and brutal reality. The tale of two farming families struggling through life in the wake of World War II is indeed a period piece, but it remains achingly relevant as an exploration of circumstances, anger and dialogue in America. There is no award it shouldn’t be nominated for (although a continued stigma against streaming releases may limit its honors). This is a movie for everyone, perfectly presented.
How to See It: Streaming on Netflix.