A remarkable year of cinema contained singular achievements ranging from a sprawling Western epic to a subtle work of stop-motion animation. 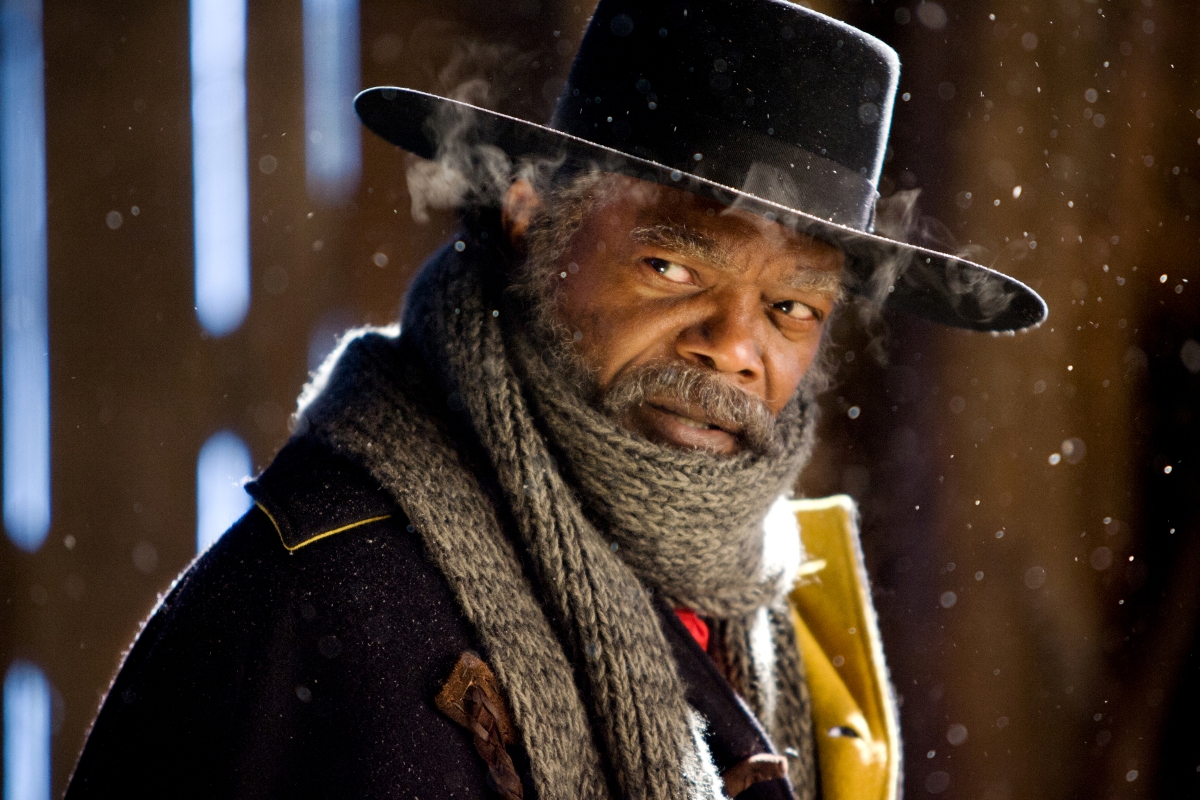 No matter how carefully calculated Hollywood’s annual year-end awards push becomes, there will always be surprises.

Some films soaked in timely subject matter, bankable stars and behind-the-scenes talent will flounder when they finally debut; other unheralded entries will emerge from the pack as true contenders. Works of popular entertainment will be rightly (or wrongly) lauded for their artistic value; works of artful depth will unexpectedly connect with popular audiences.

Most of the time, I’ll use this space, which we’re dubbing Popcorn for Dinner, to preview and review the films debuting in Pittsburgh each weekend, with nods towards local film happenings and repertory showings. For the first-ever edition, however, I thought it most appropriate to present my Top 10 films of 2015. (Note that some of the trailers on this page contain content that may not be appropriate for children, though none contain anything truly not safe for viewing at work.)

And yes, while some of the films on this list were among my most anticipated features of the year, others came out of nowhere and blindsided me with something moving — including my favorite film of 2015, which struck me as nearly sublime.

10 — “The Diary of a Teenage Girl”
The subject matter might raise eyebrows: A 15-year-old girl has an affair with her mother’s thirtysomething boyfriend. But director Marielle Heller’s captivating drama is in no way exploitative or juvenile; rather, it’s an honest, unashamed exploration of a young woman’s sexual awakening, led by one of the year’s best performances from British actress Bel Powley.
How to See It: Out on DVD and Blu-ray Jan. 19.

9 — “The Hateful Eight”
Quentin Tarantino’s eighth film finally breaks out of the revenge-tale mold the director has been stuck in for more than a decade — and it does so by borrowing moves from Agatha Christie. A group of suspicious characters are trapped in a remote, snowbound cabin; who gets out alive? It’s great, gory, vulgar fun; see the longer version (complete with a 12-minute intermission) if you can.
How to See It: In theaters now.

8 — “Inside Out”
How many times can Pixar come up with fresh, provocative concepts as entertaining to adults as they are to children — and as likely to produce tears as laughter? Endlessly, it seems — between “Inside Out” and “The Good Dinosaur,” they did so twice this year alone. But “Inside Out” is not just a great movie, it’s an important movie that could change the way children learn about emotions. No small feat. (It also has one of the most perfectly cast groups of voice talent in animation history.)
How to See It: Out on DVD and Blu-ray, as well as digital on-demand services, now.

7 — “Mad Max: Fury Road”
Director George Miller built this year’s most engaging cinematic world — yes, topping “The Force Awakens” — with his long-awaited return to the Mad Max franchise. The over-the-top action scenes and bonkers details (all hail the flaming guitar guy!) will have you cheering, but Charlize Theron’s turn as Furiosa will have you hooked. Don’t worry if you’re not an action fan, or if you’re not familiar with the franchise — “Fury Road” is essential viewing.
How to See It: Out on DVD and Blu-ray, as well as digital on-demand services, now.

6 — “Son of Saul”
The current frontrunner for the Best Foreign Language Film Oscar is a harrowing drama set inside Auschwitz-Birkenau in 1944. The titular Saul (Hungarian actor Géza Röhrig) is a Jewish prisoner, able-bodied enough to be recruited for unthinkable work duty in the concentration camp — and it gets more bleak from there. It’s often hard to watch, but director László Nemes’ film is thoroughly unforgettable. Röhrig probably won’t get nominated for Best Actor, but he certainly should.
How to See It: It debuted on the coasts in 2015, but it’ll be a while before it makes its way to Pittsburgh. “Son of Saul” premieres Feb. 12 at Regent Square Theater.

5 — “It Follows”
I’m sticking to the slightly hyperbolic declaration I made when I saw “It Follows” — this is the best American horror movie since “Silence of the Lambs.” If you don’t know the plot, you’re better going in without it, so I won’t say much here. Suffice to say that “It Follows” is a thought-provoking oddity of a thriller that immediately crawls under your skin and will leave you thoroughly unnerved … even as you’re desperate to see what happens next. This one isn’t just for horror nuts like me, either; I can’t recommend it highly enough.
How to See It: Out on DVD and Blu-ray, as well as digital on-demand services, now.

4 — “Room”
Speaking of movies where I’m hesitant to reveal key plot details, the masterful indie drama “Room” is best if you know little going in. A mother and her five-year-old son live within the confines of a bedroom contained in a garden shed. What makes “Room” remarkable, though, is that the point in the story where most films would reach their climax occurs about halfway through this movie. Lead performer Brie Larson is a shoo-in for a Best Actress Oscar.
How to See It: “Room” is right between its theatrical release and DVD at the moment, so you might have to wait. If it scores a bunch of Oscar nominations next Thursday, though, expect it to return to select theaters.

3 — “The Revenant”
Only one year after his excellent “Birdman” took Best Picture and Best Director at the Academy Awards, director Alejandro G. Iñárritu offers an even more ambitious feature. “The Revenant” dramatizes the true story of a fur trapper left for dead after a vicious bear attack; filmed using only natural light, it looks (and moves) like nothing else this year, or most other years. Performances by Leonardo DiCaprio and Tom Hardy are worth the price of admission on their own. Expect to be taken for a ride.
How to See It: In theaters now.

2 — “Spotlight”
The true story of the Boston Globe’s explosive investigation into a wide-reaching sexual abuse cover-up drew instant comparisons to “All the President’s Men.” That’s not just a comparison based on subject matter, however; “Spotlight” deserves to be mentioned in the same breath as that classic, as well as the very best treatments of American history (whether contemporary or distant). The performances are perfect, the script is great, the tone is perfect; “Spotlight” is filmmaking of the absolute highest order.
How to See It: A few local theaters are still showing “Spotlight,” but more will jump on board after Oscar nominations are announced.

1 — “Anomalisa”
The hands-down best film of 2015 is a quiet drama starring stop-motion animated puppets, voiced by a cast of only three performers. (No, I wasn’t expecting this one either.) Written and co-directed by auteur Charlie Kaufman (“Eternal Sunshine of the Spotless Mind” and “Adaptation”), “Anomalisa” follows a customer service guru with a peculiar affliction on a fateful business trip. I could praise its beautiful design, its heartbreaking performances or its singular humor at great length — but what brought this film to the top of my list is a bit more simple than that. “Anomalisa” may have more to say about our collective difficulty with relationships — hell, with other humans — than just about any film I can name. Nothing I saw this year made me feel more.
How to See It: Unfortunately, Pittsburgh wasn’t on the list of cities that received exclusive runs of “Anomalisa” beginning Dec. 30. So it can’t be seen here just yet; expect a local release date sometime in January, which I will make sure to include in this space.