From a modernized exterior to a more user-friendly website, an all-female management team is revamping how things are done at the family-owned furnishings store. 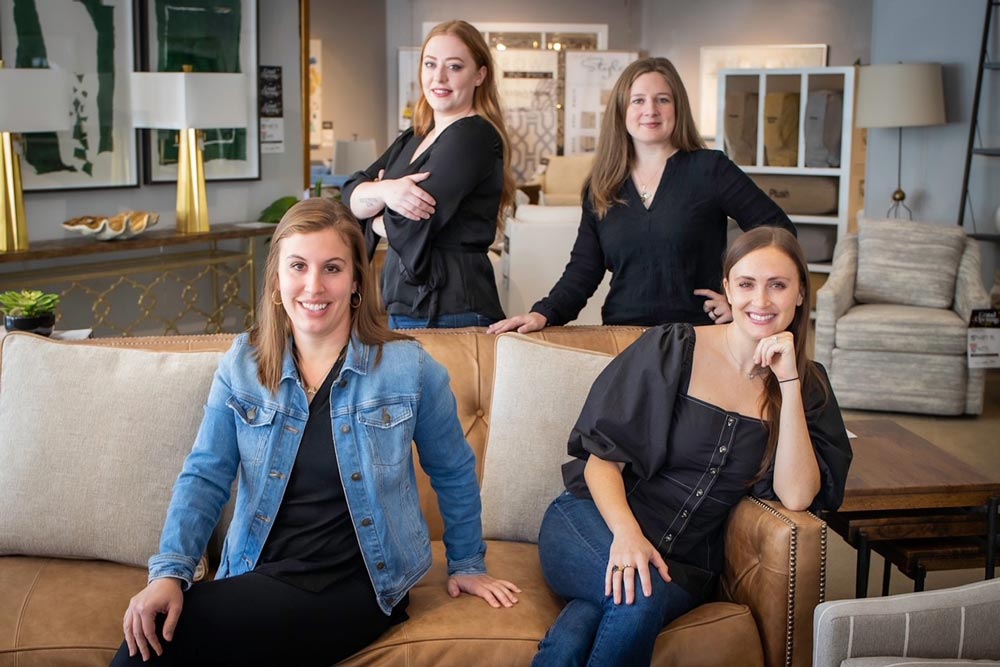 The millenials are here and — besides a new look — they’re changing how things are done at Today’s Home, the longtime, family-owned furnishings store in Greentree.

“We’ve been here for 68 years now,” says Rachel Lenchner, whose grandparents founded Today’s Home in 1953. “I  joined as the third generation about five years ago and we have a new leadership team in place. It just seemed like the perfect time to reinvent ourselves inside and out.”

Along with chief operating officer Alyssa Carter, director of merchandising Whitney Wagner and director of TH Trade Kaitlin Holloway — who are all in their 30s — 30-year-old Lenchner, who is the company’s director of marketing and design, is part of a young, all-female management team tasked with moving the company into the future.

“I’m very confident in what we can do as a group of strong women,” Lenchner says. “I know we’ll be able to march on for another 68 years.”

One of the major changes they’ve made since taking over leadership from Lenchner’s father, CEO Jeff Lenchner — who says he’s transitioned into more of a mentorship role — is revamping the Today’s Home website to make it more user friendly.

Lenchner says customers are now able to shop for products by department, take advantage of the site’s room planner, request pricing information, make an appointment and even chat directly with interior designers, including Lenchner herself.

“That has definitely opened up a lot of doors,” she says. “We did it all for the customers to make their experience better and more engaging.”

Carter adds today’s tech-savvy customers are used to scrolling online to find what they’re looking for, which is a need Today’s Home sought to meet, including through an increased social media presence.

“There’s this new generation of shoppers who are completely different from shoppers five to 10 years ago. They’re more into DIY or online shopping,” she says. “We’ve really tried to bring that into the showroom, so people can still touch or feel the products, but they can also find inspiration or our website or social media.” 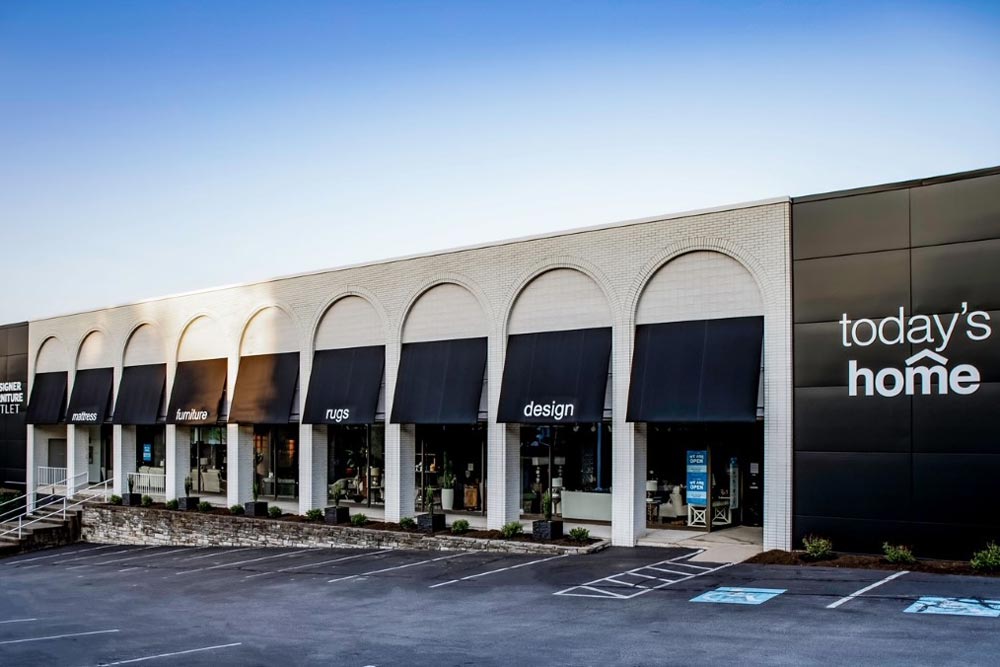 While the Today’s Home umbrella already includes Design Furniture Outlet and TH Trade and TH Trade Contract — which services furnishings for the corporate field — the new leadership team also is opening up a new rug studio that features everything from hand-knotted to machine-made rugs at a variety of price points.

“Pretty much every rug you’ll ever need, you’ll be able to find it here now,” Lenchner says.

The team also has brought in new fabric and furniture lines — including showrooms featuring well-known brands such as Bernhardt, Hooker, Century and Natuzzi — as well as more hardware, shutter, blind and accessory resources.

Another big change was to the building itself. In June, construction crews began work to modernize the 60,000-square-foot-space. Spearheaded by New York-based Martin Roberts — a leading home design industry veteran who died over the summer — the sleek new exterior features black awnings, new logos on the sides of the building and new road signs. The store’s grand re-opening was held in October.

“It really gave us the facelift we needed,” says Jeff Lenchner, adding the new look has increased the location’s foot traffic.

Still, he admits it was bittersweet to let go of the building’s original facade, which featured classic arches and a blue-and-white color scheme. The design also was featured on the former Today’s Home location along McKnight Road in Ross Township, which closed in 2018 to make way for a Discount Tire store.

“There was some remorse to move away from a design my parents created and that received so much recognition from around the country,” he says. “At the same time, it is unbelievably exciting to create this new, modern design, which hopefully will be around for the next 70 years.”