The Steelers are 1-3-1 in their last five games but, amazingly, they’re still in the playoff conversation. They’ll probably get the help they need the rest of the way, too. But can they help themselves? 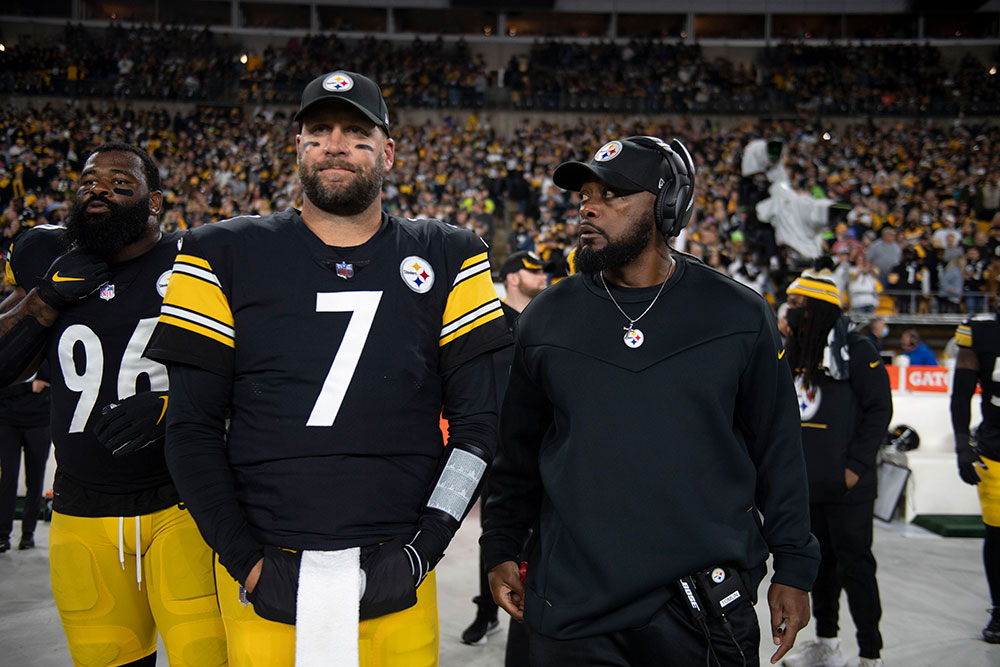 As bad as things got for the Steelers in the first half against the Vikings, as bad as they’ve been at times on the way to 6-6-1, it could be worse.

Watching everybody else in action after a Thursday night stinker in Minneapolis confirmed as much for Mike Tomlin.

“I think sitting out the weekend also provided us the perspective of how wide open this field is and our potential place in it,” Tomlin offered at the outset of this week.

The Steelers’ place at present is last in the AFC North Division as they prepare to host Tennessee on Sunday.

But they’re not so far out of first place that they can’t still get there.

It wouldn’t take a Christmas Miracle.

Three wins over their final four games ought to be enough.

It will be if things play out as follows the rest of the way (which they just might): 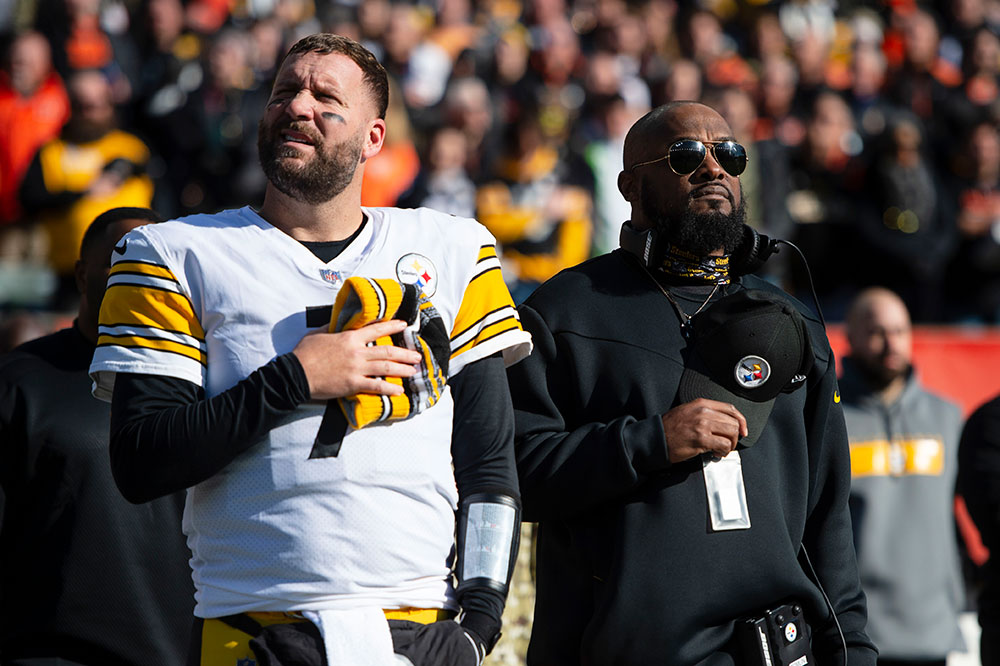 Now it would be the Ravens, Browns and Bengals all at 8-7 and the Steelers just off that pace in the division at 7-7-1.

The Bengals lose to the Chiefs at home.

The Ravens lose to the Rams at home.

The Steelers beat the Browns at home.

The Browns beat the Bengals at home.

The Steelers beat the Ravens on the road.

If things play out as anticipated in Weeks 15-17, it wouldn’t even matter whether the Browns or Bengals won in Week 18.

The key for the Steelers is to get to nine wins and to hope nobody else gets to 10.

Their nine wins are going to be better than anyone else’s nine wins because of that at-the-time-agonizing tie against the then-winless Lions.

The same applies if the Steelers find themselves fighting for one of the AFC’s three Wild Card invitations to the playoffs. 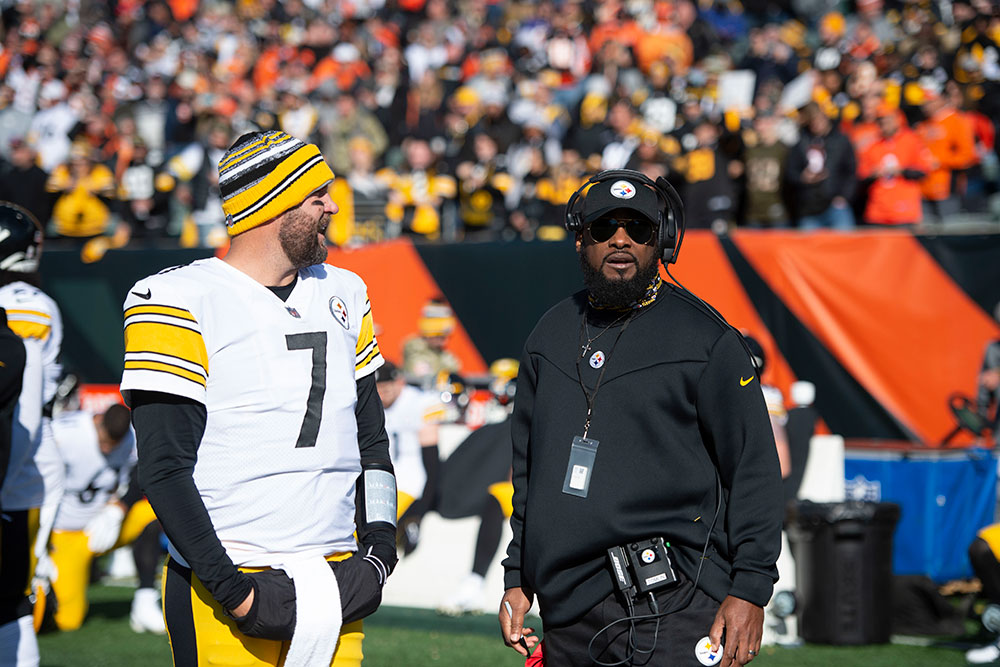 Assuming New England (East), Tennessee (South) and Kansas City (West) win the other three AFC divisions, the Steelers would be fighting for a Wild Card with the likes of the Los Angeles Chargers (8-5 prior to hosting the Chiefs on Thursday night), Indianapolis (7-6), Buffalo (7-6) and Denver (7-6), as well as the other AFC North non-division winners.

Among the non-AFC North contenders, the Chargers are likely to get to 10 wins, as are the Bills. And that’s where the still-hard-to-swallow tie against the Lions would potentially come back to bite the Steelers in the backside.

The Colts and Broncos?

So that Wild Card door may yet be open, as well.

The biggest variable amid all these assumptions and projections is, can the Steelers win three the rest of the way?

If winning at Kansas City on Dec. 26 is considered out of the question (and it should be), that leaves Sunday against the Titans and then the two regular season-ending division games (Cleveland on Jan. 3 and at Baltimore on Jan. 9) as opportunities for the Steelers to make just enough hay.

The Titans are 9-4 overall, but they’re 3-2 since losing punishing running back Derrick Henry (including a loss to the woeful Houston Texans).

Tennessee is beatable, and the Browns and Ravens are, too (the Steelers have beaten both already).

The question is, can the Steelers take advantage?

The smart money says probably not.

But as Tomlin recently discovered, it only takes a weekend in the NFL to change everyone’s perspective regarding what might still be possible.