General Manager Ron Hextall has yet to publicly address what needs to be addressed in the wake of the collapse against the Rangers. But it’s what Hextall is willing to do, not what he says, that’ll matter most moving forward. 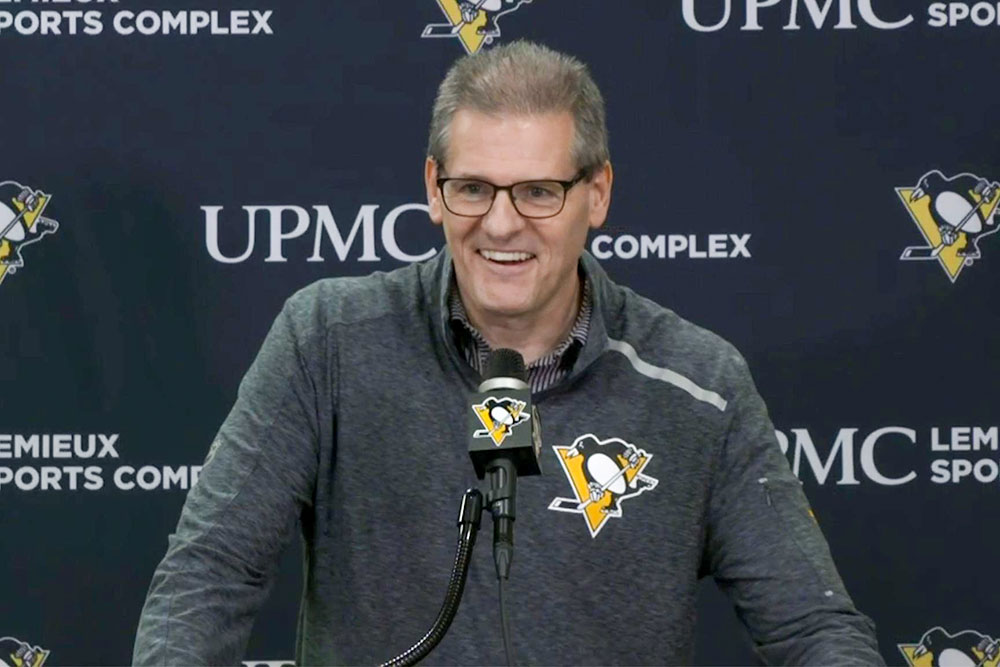 When the Stanley Cup Final commenced on Wednesday night it did so for a fifth consecutive postseason without the Penguins.

That’s also been the case for the second and third rounds of the NHL’s playoff tournament for the last four years running.

The Lightning made it this far.

So did the Avalanche.

The sooner they come to grips with that reality, the better.

General Manager Ron Hextall wasn’t willing to acknowledge as much, at least publicly, back in late May when he got around to assessing why his team was ultimately unable to hold onto a three-games-to-one series lead in the first round against the Rangers.

“There were some circumstances there that dictated that,” Hextall insisted. “I don’t feel like it was a lack of talent or depth or ability.”

One can only hope Hextall, who has traditionally held his cards as close to the vest as possible, was telling fans through the media what he thought they wanted to hear and not what Hextall truly believed regarding his team.

Because it was talent, depth and ability that all failed the Penguins against the Rangers.

And it’s going to be tough to do anything about it if the problems aren’t acknowledged.

Hextall also credited the Pens’ resiliency, work ethic and camaraderie in his end-of-the-season presser, and justifiably so.

The Pens demonstrated all three characteristics in admirable fashion throughout the regular season.

But those characteristics aren’t enough when the big boys start playing for keeps.

Witness the Avalanche, who stormed into the Stanley Cup Final having won as many games with their backup goaltender (Pavel Francouz) as their starter (Darcy Kuemper).

Witness the Lightning, who lost their leading goal scorer in each of the last two postseasons in Game 7 of the first round against Toronto (Brayden Point), and still won their next two series and earned a shot at a third consecutive Cup.

You don’t hear the Lightning or Avalanche bemoaning “circumstances.”

Champions, or those who would be king overcome such things.

As for the Penguins, their “circumstances” included:

When you don’t close that out, you get what you earned and what you deserve.

The Penguins tried to cycle and grind offensively but weren’t able to do so consistently enough. They tried to defend their net the way those who survive in the postseason must, but they couldn’t. And they never didn’t have an adequate response to Rangers defenseman Jacob Trouba’s relentless, win-by-any-means-necessary viciousness, something the NHL endorses if not encourages annually as part of the lore and glory of “playoff hockey.”

The Penguins aren’t close to solving any of the above as currently constructed.

The presence of the Lightning and Avalanche in the Final should clear up any lingering misconceptions regarding how far away the Pens truly are from contending again.

Changes in personnel and approach must be embraced.

But first, the Pens must recognize the “circumstances” they’re confronting.