The Robot is Here with Your Food

Starship Technologies plans to implement a fleet of autonomous delivery robots in Oakland this fall. 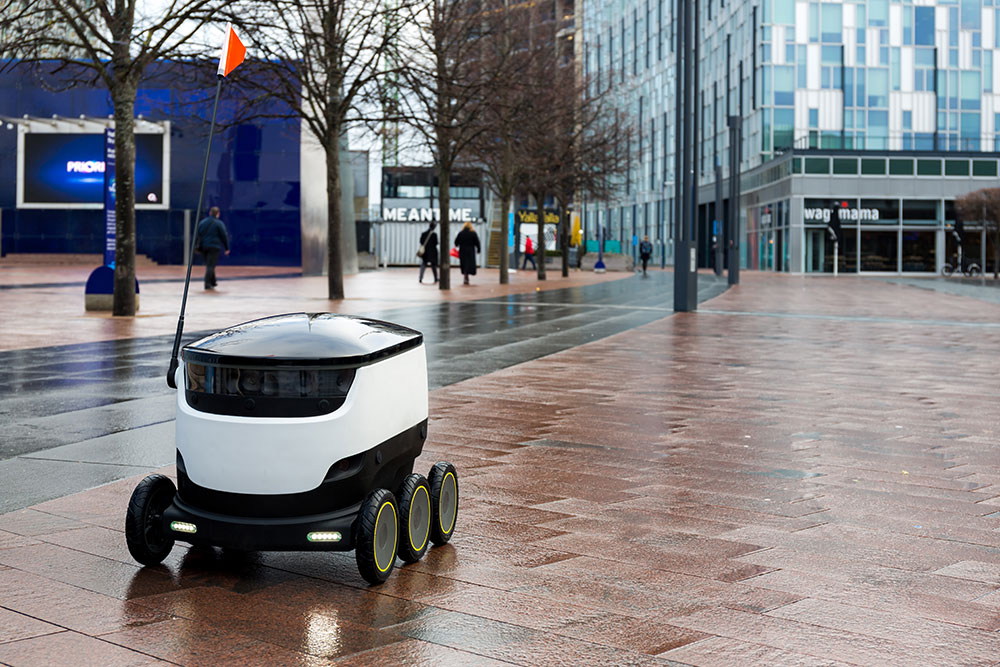 Oakland residents can soon expect to share the sidewalks with a new kind of neighbor — a fleet of food delivery robots servicing students at the University of Pittsburgh.

Starship Technologies, a San Francisco-based startup, is working with Pitt and food services provider Sodexo to bring its two-foot-tall food delivery bots to Oakland. The robots have already touched down at several other colleges and universities, including Purdue, George Mason and Northern Arizona.

Representatives from Starship attended an August meeting of the Oakland Planning and Development Corporation to discuss their plans and share details about the Pitt program.

The robots are equipped with cameras and satellite technology, which allows users to track their journey through a mobile app. The app alerts users when the robot has arrived at its location, and allows them to unlock the container so they can remove their food.

According to Starship, the bots are 98 percent autonomous, but monitored by humans who can override them if necessary. They’re designed to fly relatively under the radar — cruising at a maximum of 4 miles per hour and functioning emission-free.

Unlike the typical delivery service, the bots don’t require tips beyond a flat service fee, typically $1.99. The company also usually restricts available food options to those offered by campus eateries.

Pitt spokesperson Kevin Zwick told the Post Gazette the fleet will likely descend on campus later this fall, tapping into the large market of college students who already use services such as GoPuff, Grubhub and Uber Eats.

Karina Ricks, director of Pittsburgh’s Department of Mobility and Infrastructure, also told the Post-Gazette that the city wants the company to survey the neighborhood to discuss the impact the bots may have on the public. The city also suggested exploring expanded services, such as delivery of fresh food to those who don’t live near a grocery store, or delivery of medicine to homebound patients.

“We want to make sure that there is, can, or will be public value to this beyond e-commerce,” Ricks says.