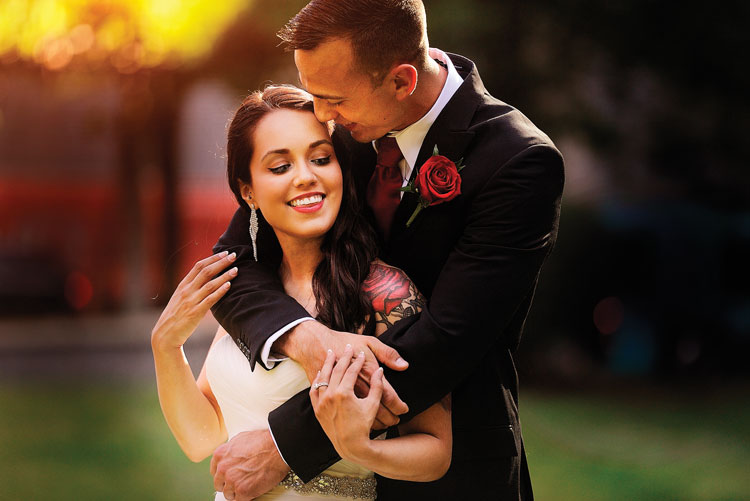 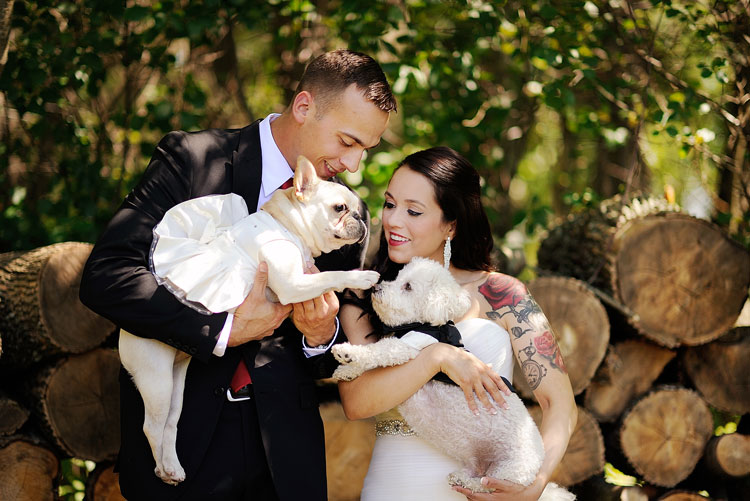 When David Met Carmen
When David Mizer and Carmen Ogrodnik met in 2007 while working at the Eat’n Park in Dormont, love had to take a backseat to reality. “I was leaving for college in the fall, so he didn’t want to date because of that — but I totally wanted to. He was very handsome and very smart, too,” Carmen says with a giggle. They reconnected after she graduated from Gannon University. 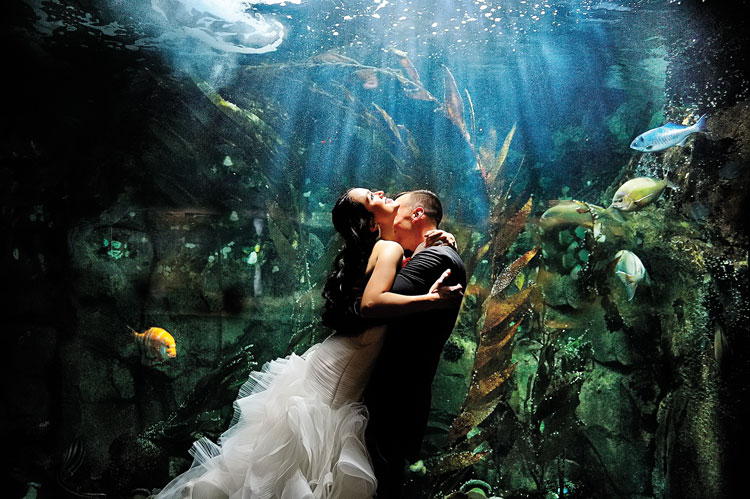 She Said Yes
The proposal came a few years later on Christmas Day. Carmen, 27, had just finished a late shift at Western Psychiatric Institute and Clinic of UPMC, where she works as a nurse. When she arrived at David’s house, she was greeted by a series of love notes leading up to the bedroom. Inside, David, also 27, a member of the U.S. Army Reserve, was waiting on one knee. “Carmen Renee Ogrodnik, will you be my queen? Will you marry me?” he asked. “I had no idea it was coming,” Carmen says. 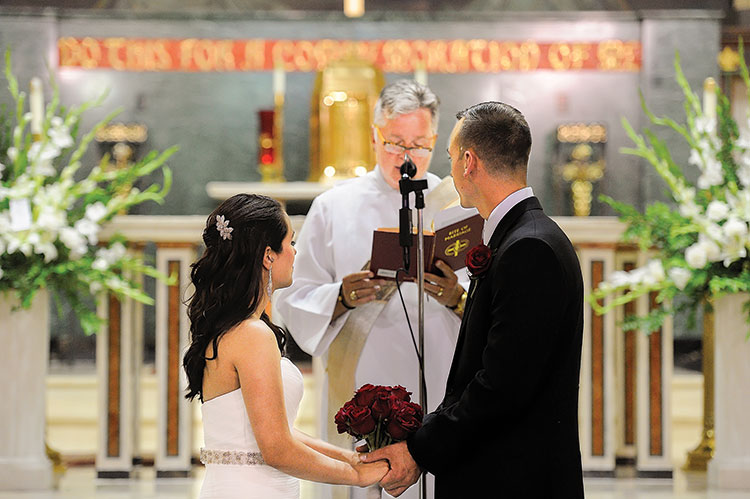 The Big Day
The couple married at the Church of the Resurrection in Brookline, which David attended while growing up. (The pair now live in Westwood.) Carmen wanted to hold the reception somewhere other than a typical hall or banquet room, so the couple chose the Pittsburgh Zoo & PPG Aquarium.

“I once went to a party at the aquarium, and I thought it was awesome to be able to have a little cocktail right by the fishes,” Carmen says.

Both agree that the wedding itself was perfect, minus a few hiccups, especially the moment where Carmen began walking down the aisle towards her soon-to-be husband. “Just seeing his face — he looked incredibly happy,” she says. 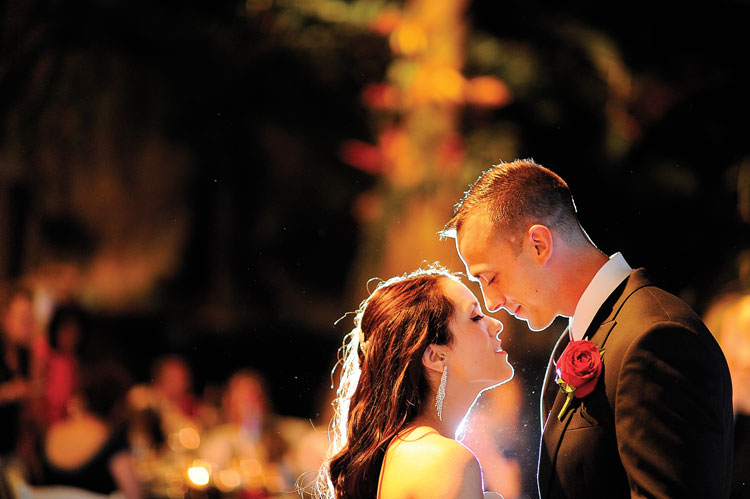