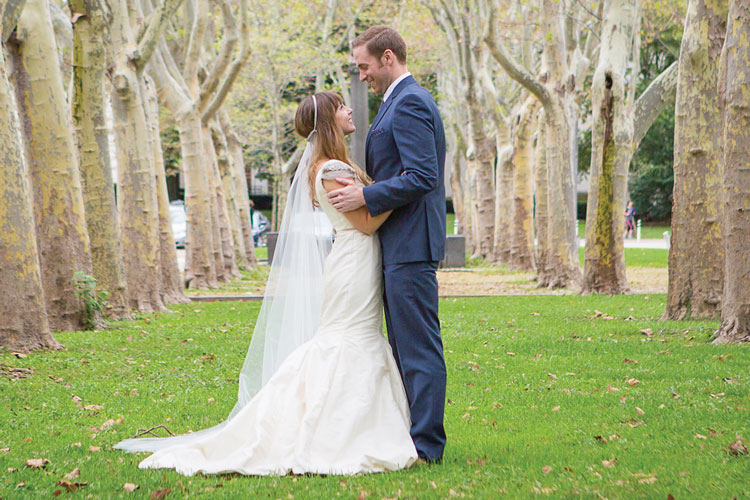 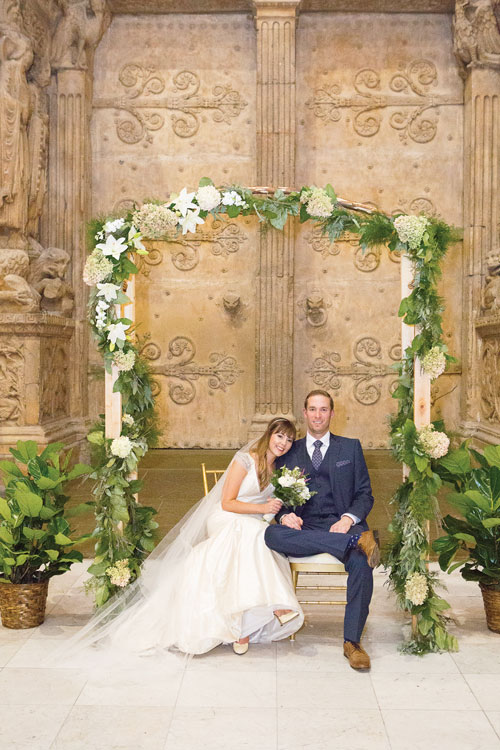 When Bryan Met Adrienne.
Bryan Stewart and Adrienne Klein spent various amounts of time in their childhoods in the Pittsburgh area — Adrienne in Penn Hills and Bryan in Bethel Park. They both attended St. John’s University in New York City, and they both graduated in 2007. But it wasn’t until a mutual friend’s party in New York City four years later that they met.

After chatting and realizing the Pittsburgh connections they shared, the pair was off to a serendipitous start.

“Our first conversation was about the Steelers,” Adrienne says. “That’s kind of how we hit it off.” 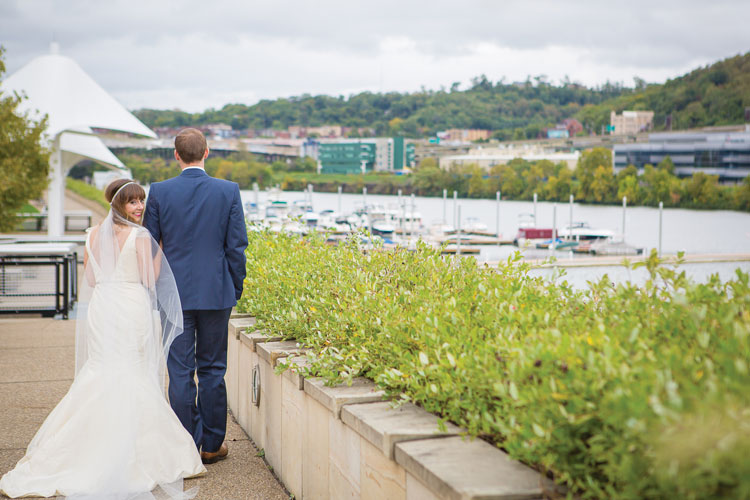 She Said Yes.
On Christmas morning 2014, the couple was visiting Adrienne’s childhood home to celebrate the holidays. When Bryan and Adrienne were snuggling with their two dogs, he seized the moment to surprise her with the big question. She agreed to be his wife. 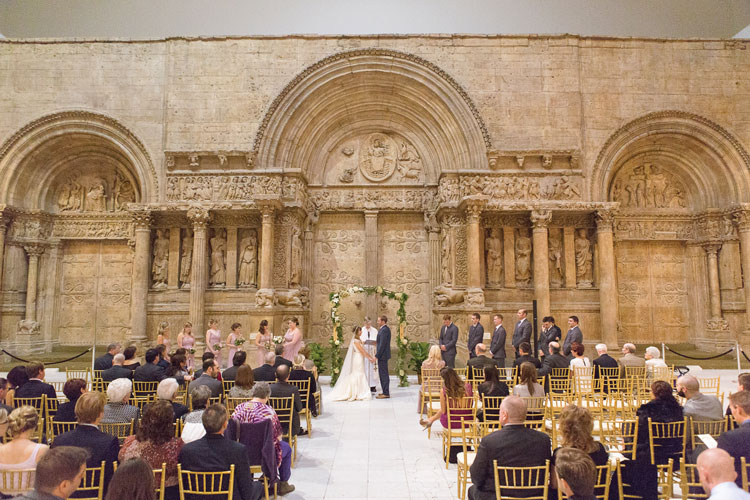 The Big Day.
The couple chose the Carnegie Museum of Art as the venue for their ceremony and reception.

“It was so gorgeous,” Adrienne says. “We walked in and were blown away.”

The ceremony took place in the Hall of Architecture and featured a string duet to provide musical accompaniment.

“We didn’t necessarily want a church wedding, but it felt like a wedding,” Adrienne says. “It felt very ceremonial there.”

Coincidentally, photos of Pittsburgh taken by Bryan’s grandfather and great-grandfather, who ran Brady Stewart Studio throughout the 20th century, were on display in one of the museum’s exhibits. The pair incorporated them into their centerpieces, adding for an additional hometown and family touch.

“We did try to tie in Pittsburgh throughout to give people a taste of the city,” Adrienne says. 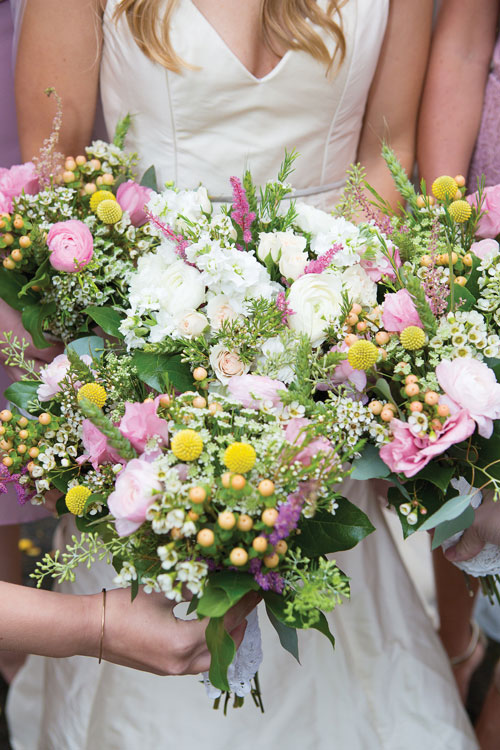 Happily Ever After.
Adrienne and Bryan, both 31, still reside in New York City, where they shared their first Steelers-infused conversation. Adrienne works in social media at a public-relations agency, while Bryan works in finance at an insurance company.

Although the Big Apple now is their home, they say Pittsburgh always will have a special place in their hearts.