The Pick of the Patch: Pumpkin-Themed Proposals

In honor of fall, we’re showcasing three couples whose proposals involved one of the best things about the season: pumpkins.

Sandy Fraas and Aaron Marks met in 1998, when Sandy’s brother and Aaron played on the same Little League team.

Their paths didn’t cross again, though, until 2013 when they saw each other at Mario’s East Side Saloon. After they “re-met” and began dating, one of their first dates was pumpkin carving, and it became an annual tradition. That tradition was made a little bit more special last October when Aaron proposed. 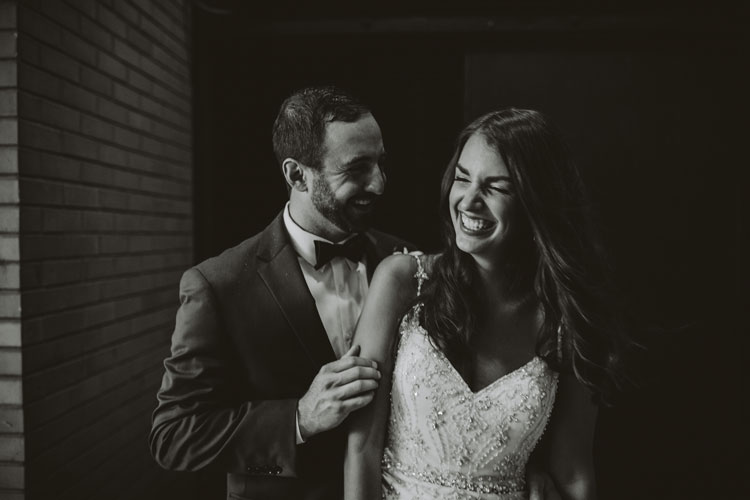 The couple had just finished carving their pumpkins when Sandy’s sister started sending her Snapchats of her nephews at their parents’ house. Sandy was upset that nobody told her about the family gathering, so Aaron suggested that they go over to visit.

By the time they got to Sandy’s parents’ house, it was dark outside. When they pulled into the driveway, Sandy’s 3-year-old nephew was at the top of the porch steps next to a lit pumpkin that Aaron had carved earlier in the day with the words, “Marry Me.” Sandy’s nephew had the ring, which he called a present from his Uncle Aaron, and he handed it to Aaron, who got down on one knee and asked Sandy to marry him.

“My nephews are my favorite people in the world,” Sandy says. “Aaron knew if he used my nephew, I’d say yes.”

After the proposal, Sandy and Aaron were outside celebrating, but Sandy’s nephew was afraid of the dark, and he tried to hurry the proposal to get them back inside.

Sandy says that her nephew kept saying, “‘Guys, are you done yet? I’m really scared of the dark, guys!’” 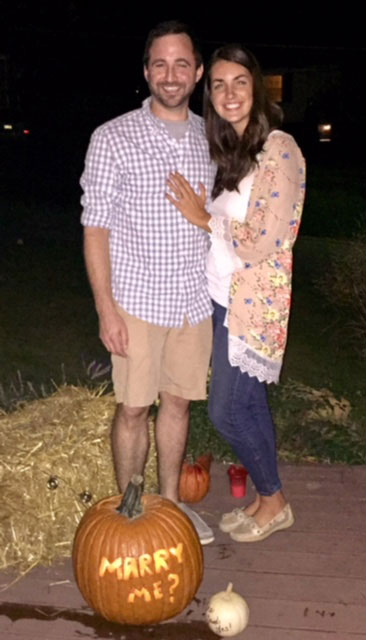 Sandy says that the proposal took place in October partially because of their pumpkin-carving tradition, but also because it is Breast Cancer Awareness month, and several members of Sandy and Aaron’s families have been diagnosed with breast cancer. The whole event gave them something to celebrate.

“It was really nice afterwards to celebrate with the family,” Sandy says. “Aaron’s mom was there through chemo, and it was special that they all got to be there.” 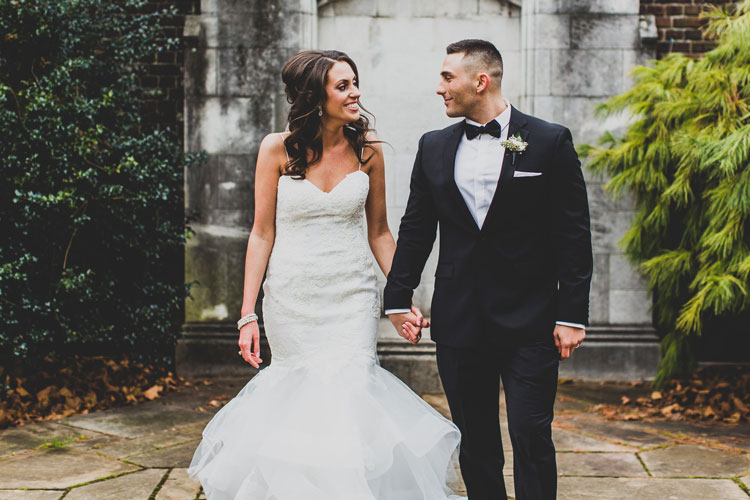 Donna Pappano and Zach Giallonardo tried for years to make it to a pumpkin patch together, but the timing never worked out. Finally, in October 2015, they made a trip to Trax Farms in Finleyville.

Throughout the week leading up to their pumpkin patch date, Donna noticed that Zach seemed really excited. Fall is their favorite time of year, so Donna brushed off his excitement due to that.

Once they got to the pumpkin patch, Donna started searching for a pumpkin to pick and asked Zach if he liked any of them. He kept saying she should keep looking, and Donna got frustrated wondering what was wrong with the pumpkins she’d picked. What Donna didn’t know was that Zach was really looking for a quiet place without a lot of people to pop the question. Finally, Zach found a spot that he liked and suggested that they take a picture together.

“I was kind of surprised because I'm usually the one to suggest a photo, but I didn't think anything of it because I was just happy he wanted to be in a picture,” Donna says. 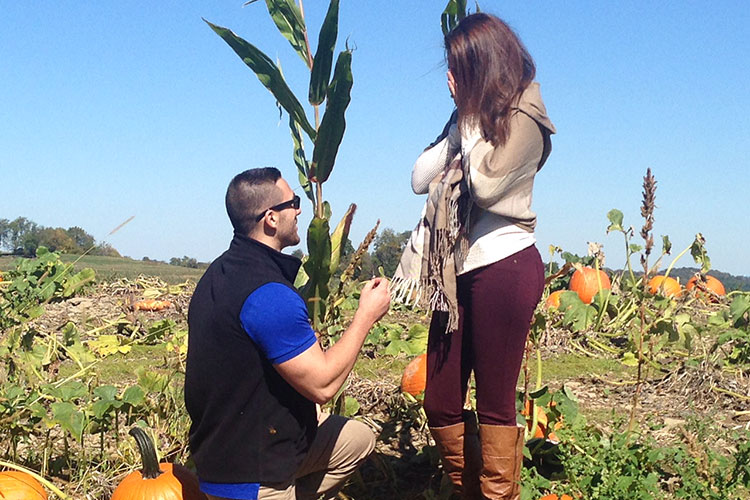 The couple found a woman to take their picture, and as she was snapping away, Zach said, “OK, now just one more, this is going to be a good one.”

“As soon as he said that, he turned to me, looked me in the eye and started telling me how much he loved me and wanted to spend the rest of his life with me,” Donna says. “The next thing I knew, he was down on one knee with the most beautiful ring in his hands.”

Donna says that the woman taking their picture actually let out a little scream when Zach got down on one knee, but the woman also said that she was nervous because she didn’t know she was taking on such a big responsibility when she agreed to take their photo. Donna says that she is forever grateful for the woman’s kindness that day.

After the proposal, the couple started calling their family and friends to tell them the news, and then the tractor came to take them back down to the entrance. In all of the excitement of the day’s events, they actually forgot to pick a pumpkin.

Despite that, Donna says that she wouldn’t have had her proposal any other way and she loved the intimacy of the moment.

“I think it's a time that you should enjoy just the two of you,” Donna says. “It's one moment in your life that you want to really listen to what they are saying to you and not all the people watching.” 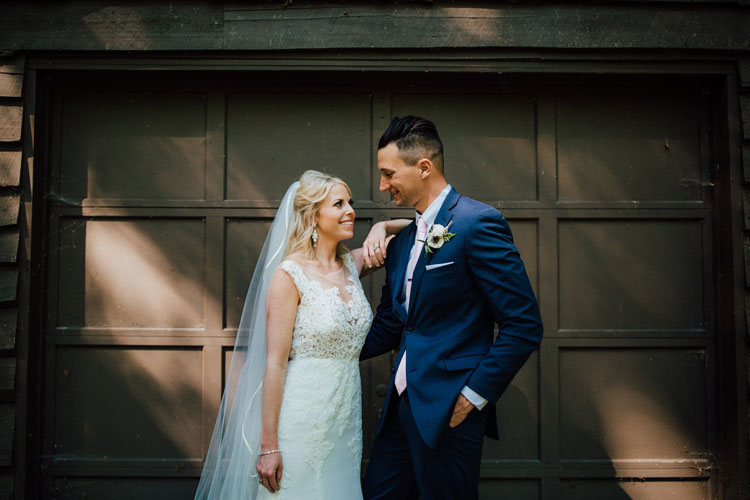 Fall is Alexa Cross and Brady Pellarin’s favorite season, and one of their traditions is to go to a pumpkin patch, pick out pumpkins and carve them as a date-night activity. Their tradition brought them to Trax Farms on Oct. 15, 2016.

The couple planned to make the outing a double date with Alexa’s sister and her boyfriend. Before they left, Alexa’s sister kept asking her what she was going to wear, which Alexa says should have tipped her off because going to the pumpkin patch was an annual occurrence.

The couples went to a cider and wine tasting before taking a hayride to the top of the hill to pick their pumpkins.

When Alexa knelt down to pick up a pumpkin, Brady got in front of her and was suddenly down on one knee. Her sister photographed the whole moment. 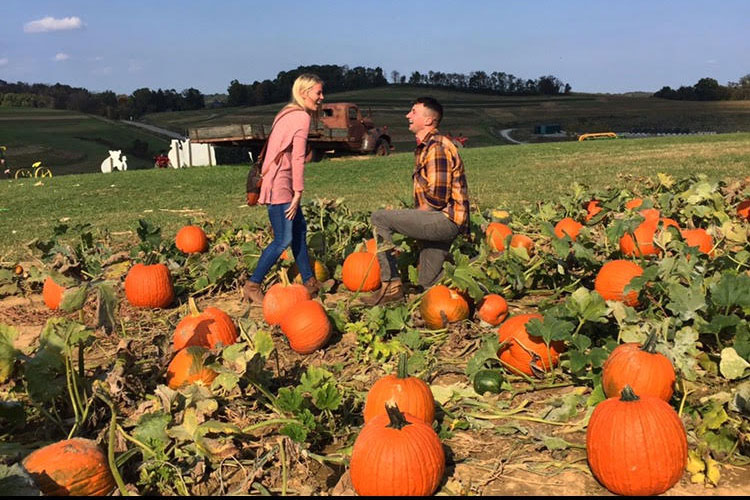 “I think my favorite part was that he took one of my favorite fall traditions and made it even more special,” Alexa says. “I loved that he included my family in the proposal as well.”