The Park After Dark

Kennywood’s “Night Rider” tickets may be the best bet for many visitors. 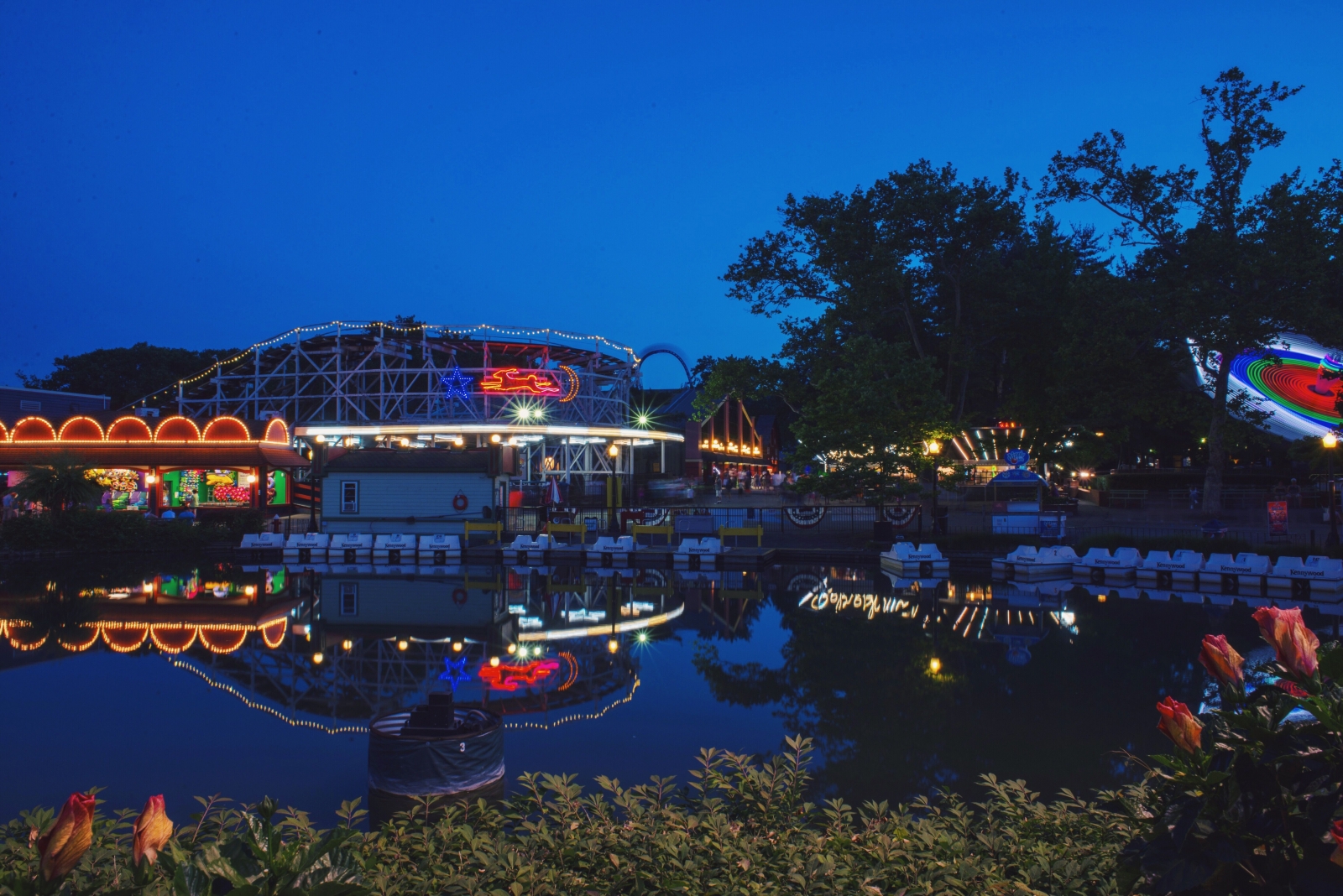 If the thrill of Pittsburgh’s classic amusement park minus the midday heat sounds good to you, listen up: Night owls can visit Kennywood via “Night Rider” tickets and save a nice chunk of change in the process.

I recently took advantage of the longstanding offer, which many visitors might not know is an option. Most folks — barring senior citizens and children, who get in for a discounted rate regardless — will have to shell out $49.99 or $54.99 at the gate for weekday and weekend tickets, respectively. After 5 p.m., however, you can get in for about two-thirds of the regular cost; a “Night Rider” ticket costs $30.99 (or $32.99 on weekends). You’ll still get five hours at the park (it usually closes at 10 p.m.) with shorter lines, cooler temperatures and more spending money in your pocket. (Thus freeing up space in your budget for Potato Patch fries with bacon-and-cheese accoutrements and a square ice cream from the Golden Nugget.)

All the classic rides are usually up and running, too. Whether you’re a roller coaster junkie like me and seek out the front seat on the Thunderbolt and Phantom’s Revenge, or you prefer the low-stress meandering of the Bavarian Wave Swinger, you won’t be missing out just because you waited until dusk. On my most recent, all the rides were up and running, with the exception of the Black Widow and Sky Rocket (both closed for maintenance until further notice) and the Raging Rapids (probably because it was early in the season and a bit chilly).

To console you about any temporary closures: The Steel Curtain will open this Saturday, offering “Night Riders” a nighttime view of the park from its towering height of 220 feet. (By the way, we’ll have thorough coverage of the new coaster later this week.) 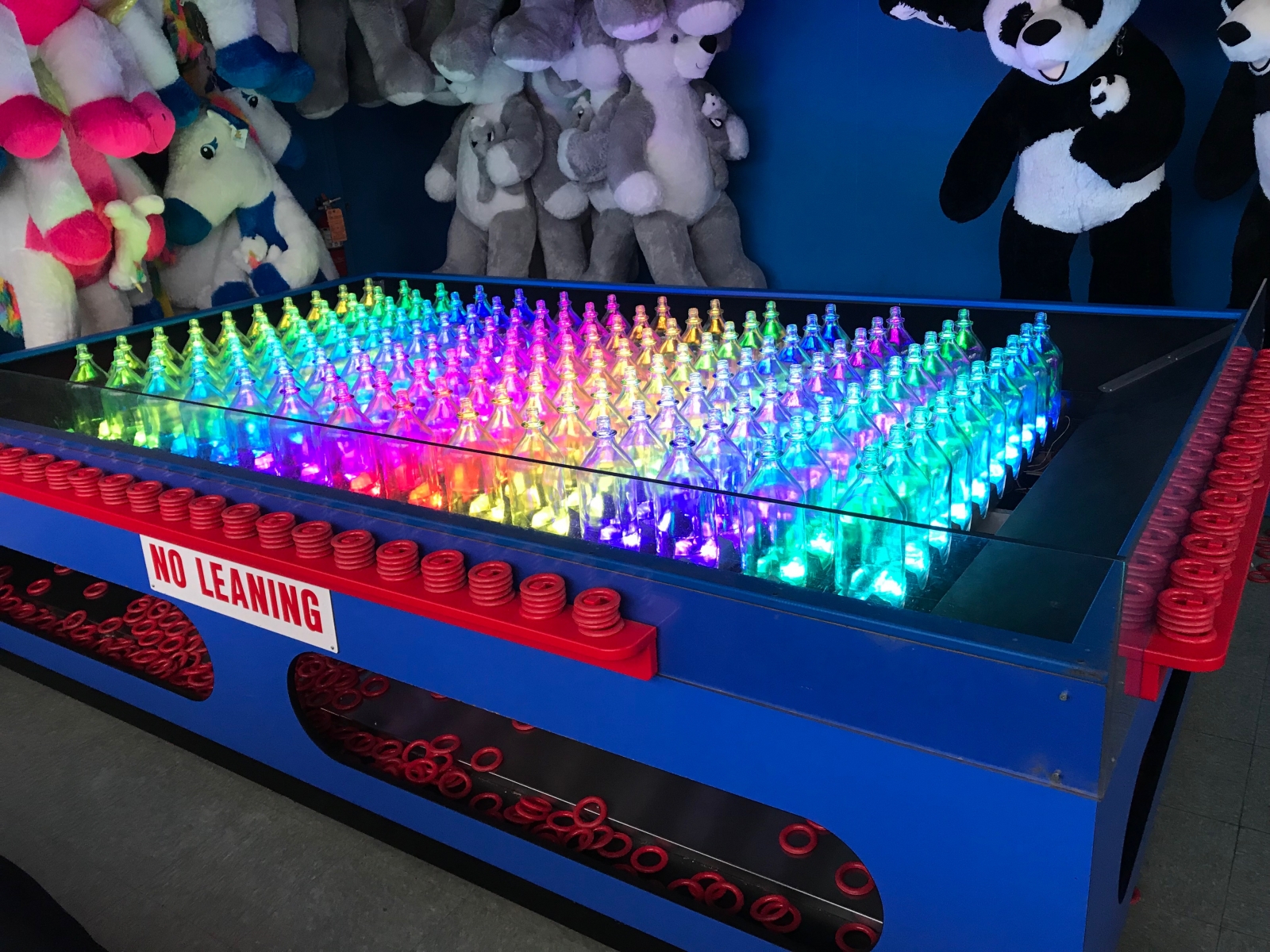 I’d be hard-pressed to find something that screams “amusement park” louder than retro luminescence, and that’s a pretty big part of what attracted me to the “Night Rider” tickets initially. (That, and being a broke college student who doesn’t want to pay $50 for anything.) There’s something about the pale neon lights zipping along the edge of the Racer that evokes childhood memories of county fairs and summer evenings. This, to me, is the most alluring feature of the “Night Rider” tickets; I come for the rides, I stay for the lights and I leave feeling nostalgic twice over. (And eager to return.)

Kennywood even has a beer garden that closes two hours before the park, allowing the discerning (of-age) “Night Rider” to grab a few sips of liquid courage if they need a little something extra to get them on that daring new coaster.

The only catch: tickets have to be purchased at the gate. You can’t get “Night Rider” passes for an additional discount at the Giant Eagle customer service desk, which you can do for some regular tickets. Nonetheless, you’re still getting more bang for your buck if you opt to go the nocturnal route; a ticket at Giant Eagle costs $37.99 for weekday regular admission.

Nightlife at Kennywood offers a nice respite from typical go-tos like the South Side bar scene or an evening at the casino. It’s small enough for an intimate night out with someone special, but there’s enough to do to satisfy a large, spartan group of thrill-seeking college students, too.

Ride on, fellow thrill-seekers. The night is young.