The Panthers Need Your Help

Pitt takes on Virginia Tech this weekend at Heinz Field, plus a new theater classic tears through Oakland and beers flow in Monroeville. 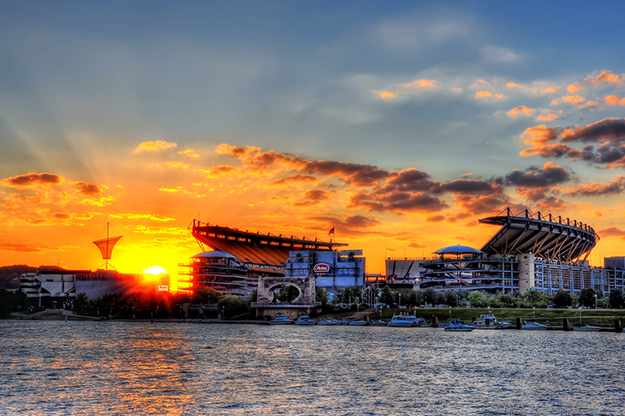 THE PANTHERS REQUIRE YOUR ASSISTANCE
Between the quiet frustration of the Pirates’ late-season collapse and the frenzied hoopla of the NFL’s Kickoff Week, there’s a chance you haven’t been following the gridiron warriors of the NCAA too closely just yet. If that’s the case, I’m afraid I must report some bad news: Things aren’t going too well for the Pitt Panthers. In the national spotlight last Thursday night, they were pounded 34-10 by Cincinnati — and that was nothing compared to their opening-day disaster, wherein they lost to the Penguins. No, not those Penguins. The lowly Youngstown State Penguins — not even a top-division team.

So if you could find it in your heart to come out and cheer the struggling Panthers on against Virginia Tech this Saturday, that’d be great. And regardless of your football fandom or lack thereof, it’s a great excuse for a trip to Heinz Field; unlike the sky-high ticket prices associated with attending a Steelers game, Pitt tickets are available for as little as $35.

BREWSTONE POURS IN MONROEVILLE
After Dark suspends its usual suspicion of chain restaurants for Brewstone, a new beer-n-grub joint deep in the thick of Monroeville. For one thing, we’re not sure that a two-restaurant franchise can truly be called a chain; the original is in Indianapolis, and the ’Burgh edition is only the second Brewstone to open its doors (though more are on the way in Ohio and Philly). Beyond that, though, they’ve got a mean beer list, a bold menu and flatscreens at every table. Relax, grab a pint, turn on the game and explore the latest in fried-cheese coating in this week’s edition of After Dark!

A NEW CLASSIC TEARS THROUGH OAKLAND
What do you get when you cross an alcoholic poet, a paranoid woman with mouth cancer, a Native-American caregiver, a missing boat, a hunky sheriff and tons of illicit substances? How about August: Osage County, the Pulitzer Prize-winning drama by Tracy Letts. But don’t let the heavy subject matter fool you: This epic play is remarkably funny. Coming at the heels of Terra Nova’s intrepid production, the Playhouse REP takes on Letts’ ultimate family tragedy. This jaw-dropping play makes subjects like incest and suicide about as darkly hilarious as they get.

In Theaters: New films debuting this weekend are headlined by, well, an old film. Disney’s 3-D conversion and re-release of Finding Nemo should pull in any movie buffs from ages 5 to 40 or so. If there’s anyone out there still unconvinced by Pixar — and we don’t believe there is — they’ll have to choose between yet another sequel in the Resident Evil franchise and Sundance comedy hit For a Good Time, Call. PM Film Editor Sean Collier will be appearing on the 102.5 WDVE Morning Show Friday at 9:15 a.m. to review For a Good Time and possibly get all nostalgic about how good Finding Nemo is. Tune in to 102.5-FM or DVE.com for Sean’s review!

Tomorrow and Saturday, join Mariam McGlone, Emerging Choreographer winner Camille A. Brown and dancers at the Kelly Strayhorn Theater for “sketch comedy, live music and bold dance.” The show follows a history of African-American humor that will surely enlightenyour perspective — and lighten your mood. Click here for more.

On Sunday, when you’re ready to unwind and restore balance for the new week, join Yoga Flow and CureSearch® at Highland Park for two all-level yoga sessions starting at 9:30 am. Click here for more.

This article appears in the September 2012 issue of PMWeekend.
Categories: Things To Do