The Pandemic Changed Their Plans but Not Their Wedding

Stephanie Warner and Cameron McConnell didn’t let the shutdown stop them from pulling off a country-chic ceremony. 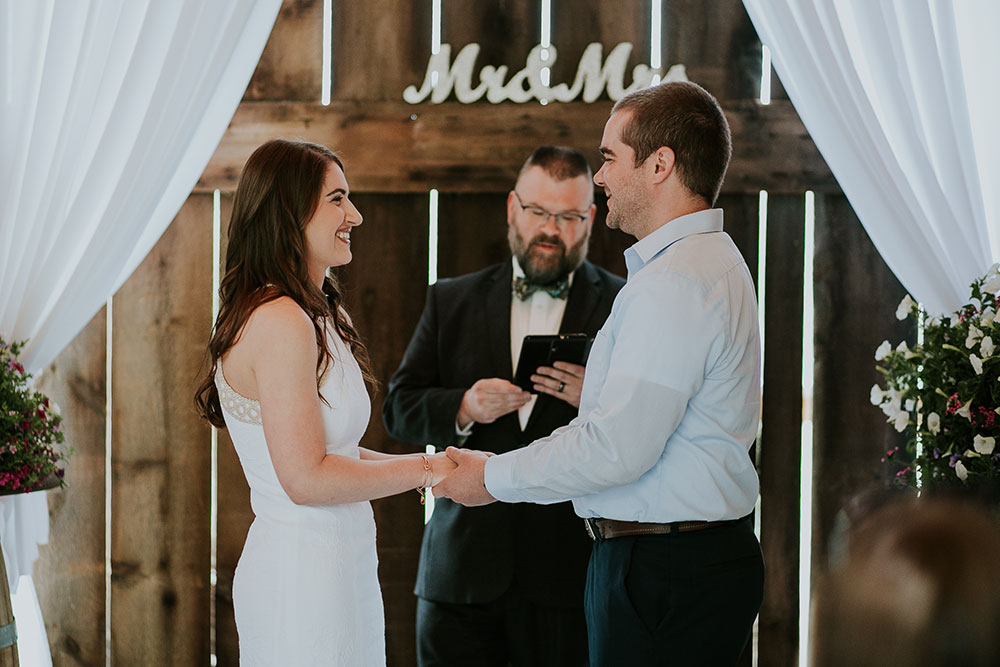 For accountants Stephanie Warner and Cameron McConnell, the months leading up to Tax Day are stressful. But this year was different — and not only because the income tax deadline was extended because of the shutdown to contain the spread of COVID-19. This year they were tying the knot on May 15.

“We are both numbers nerds,” Warner explains about their chosen date. “5-15-20 went well together in our opinion.”

Along with a date that reflected their mathematical minds, the couple thoughtfully planned their wedding to incorporate family.

The Gathering Place in Beaver County, a swimming pond turned event space that the bride’s grandfather swam in during his childhood, was chosen for its beauty and sentimental connection. Although unordained, Warner’s stepfather would perform the ceremony, after the newlyweds were legally married at the Beaver County Courthouse. 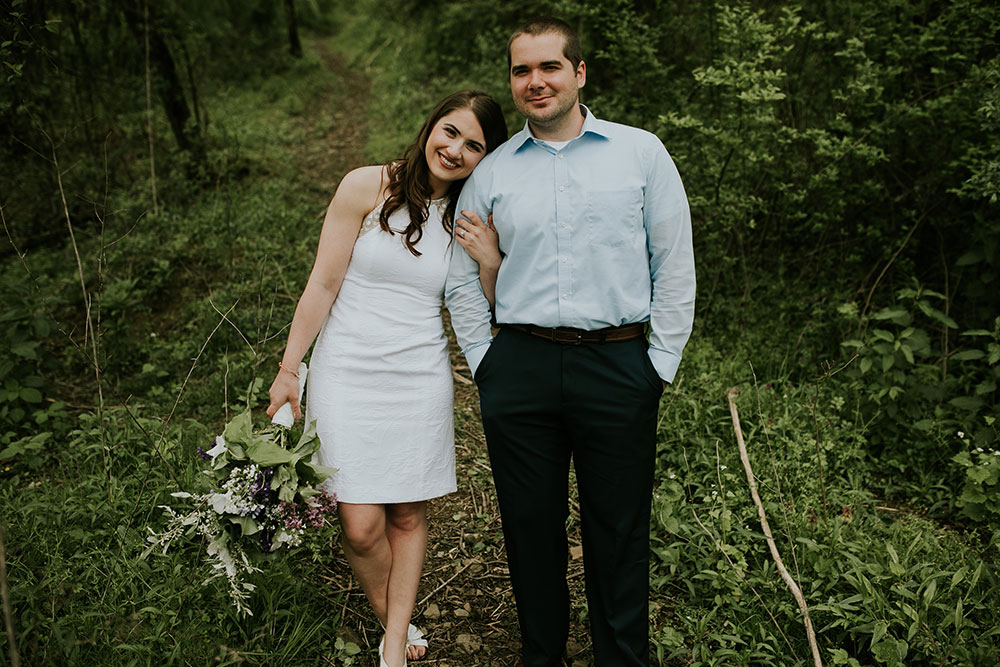 As the final details came together, all that was left was to pick up Warner’s gown and McConnell’s tux.

But, right before the bridal shower, the pandemic stomped on the brakes. Although she had to reschedule her shower, Warner remained optimistic that they would still have their wedding.

“In March, nobody had any idea that we were still going to be dealing with this in June,” the bride says.

Even after the world went into lockdown and pushed their ceremony to September, the college sweethearts were determined to be married.

“We were always planning to still get married that day,” Warner says. “After seven years of dating, we were just ready.” 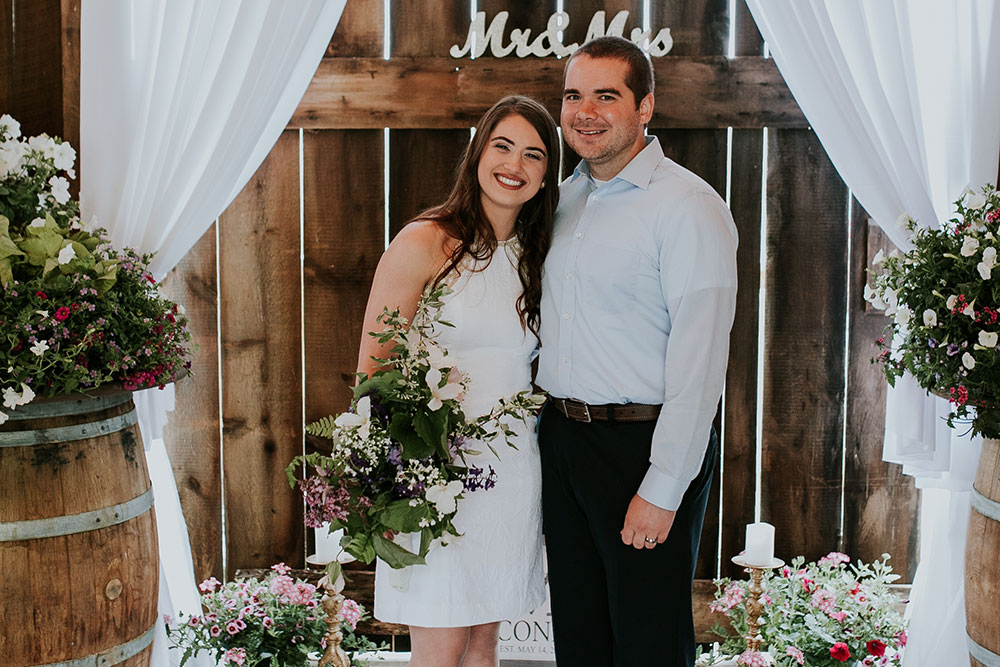 They called the courthouse and pleaded for someone to marry them, but no one could.

Warner was beginning to accept defeat when her mother called with great news. Blue Ribbon Farms was advertising elopement packages that promised an officiant and flowers.

Unable to see the space until two weeks before the wedding, Warner told the owner and event planner, Christine McLaughlin, that the extra touches didn’t matter.

“I’m not planning another wedding,” she recalls thinking. “I don’t have the energy.”

McLaughlin insisted on seeing Warner’s Pinterest board to get an idea of what the original day was supposed to look like.

“I honestly didn’t have super high expectations,” Warner says, as she was focused on marrying her best friend. “I walked in there that day, and I just could not believe how it looked.” 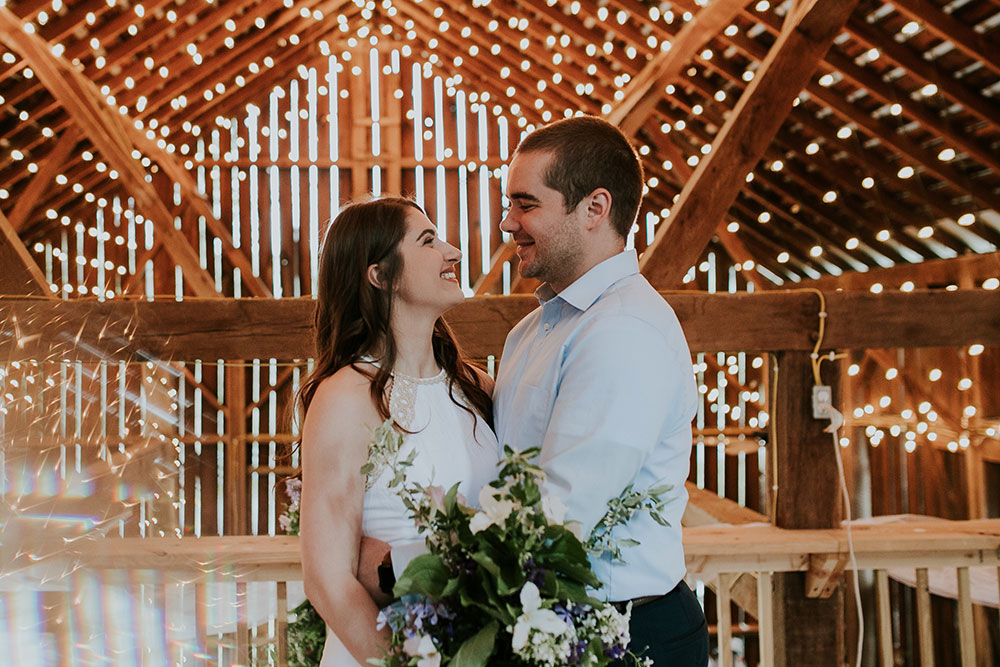 The barn was decorated from ceiling to floorboards in romantic string lights. Freshly picked flowers from McLaughlin’s garden decorated wooden barrels for the ceremony space and lined white linen tables were set for a Saturday brunch celebration. They even had a mimosa bar.

“They went above and beyond anything I ever imagined,” Warner says.

Even though they’ll attend their postponed ceremony in September, Warner and McConnell’s friends still found a way to show their support for the micro wedding by providing the wedding cake from Oakmont Bakery and hanging a banner at the newlyweds’ home that read, “Congratulations Mr. and Mrs. McConnell!”

“I felt so much love and understanding and comfort knowing how many people we have behind us,” Warner says.