The New Tarzan Should've Been Purged

Reviews of "The Legend of Tarzan," "The Purge: Election Year" and "Swiss Army Man," plus local movie news and notes. 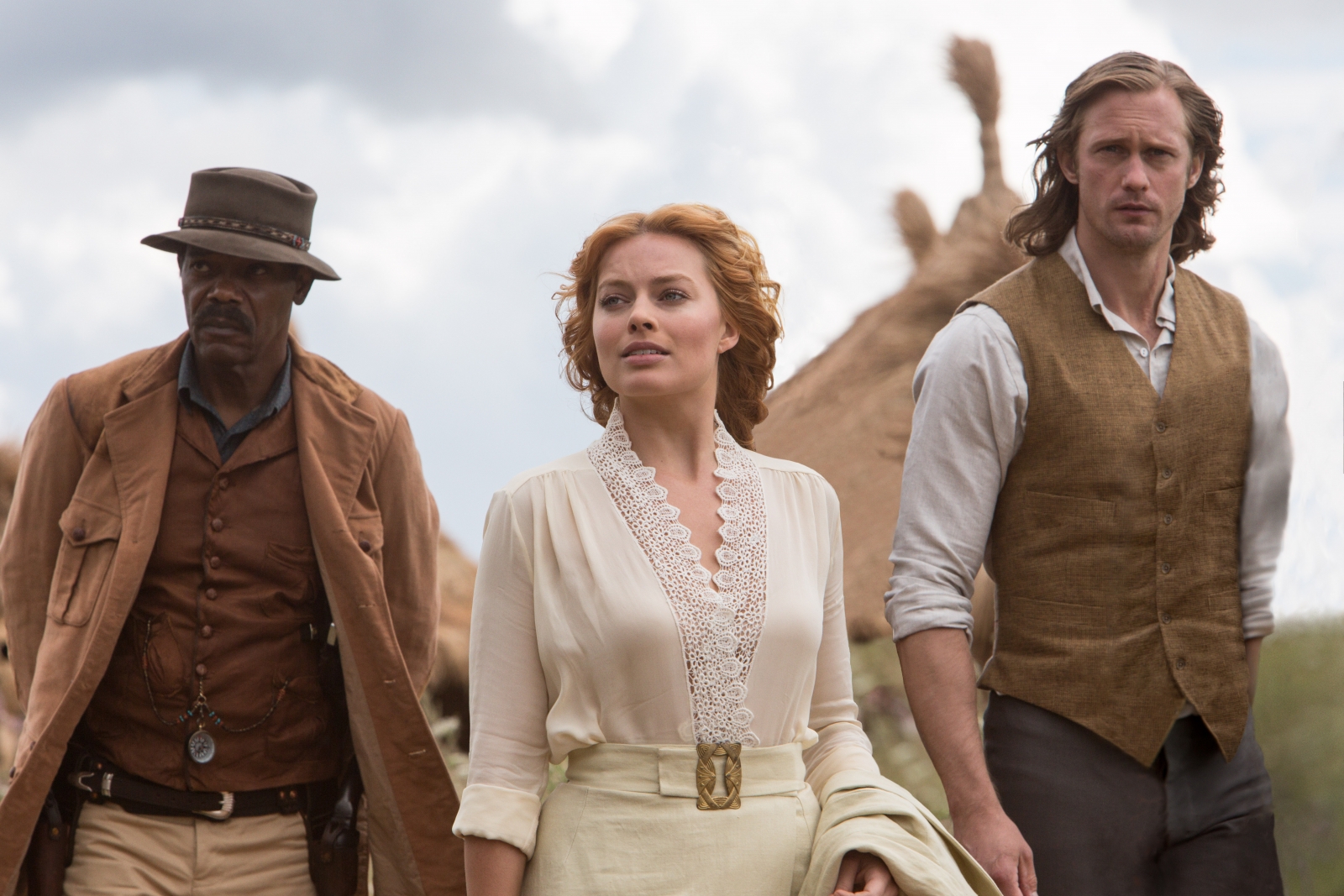 Resurrecting the icons of old Hollywood remains a questionable proposition in the modern box-office landscape. The major moneymakers are those who adorned lunchboxes in the 1970s and ’80s, not those that provided escapist fantasy several generations earlier; look no further than the disappointing performance (and critical rejection) of the 2013 revival of “The Lone Ranger.”

It’s curious, then, that Warner Bros. decided to sink a shockingly large budget — reported as $180 million or more — into bringing back the golden-age icon Tarzan, a property with only marginally more modern name recognition as Lucille Ball or Captain Kangaroo. Sure, this is a longstanding fictional icon that has appeared in dozens of works over the past century. But who was really clamoring for a revival?

In any case, “The Legend of Tarzan” begins — after a quick origin flashback, naturally — with the title character (Alexander Skarsgård) not among the apes, but among the finery of Victorian London. He goes by the name of John Clayton, and he’s become a member of the nobility; he lives in posh surroundings with Jane Porter (Margot Robbie). He remains something of a celebrity, though, as the tales of his exploits have enchanted the world.

London needs to do some business with a Belgian emissary (Christoph Waltz) in the Congo, and Tarzan/Clayton is called to make the trip as a special guest. He’s accompanied by no-nonsense Civil War vet George Washington Williams (Samuel L. Jackson), contrived into the plot to give Tarzan a sidekick. On their arrival, however, they find that things are badly amiss, and the English gentlemen is going to have to get a little wild to handle matters.

Directed by “Harry Potter” franchise veteran David Yates and beautifully shot by Henry Braham, this “Tarzan” is certainly visually stunning (even if many of the computer-generated fauna are unconvincing). But a languid, dreary pace weighs the film down from the first reel; much of the running time is spent with Tarzan contemplating, considering and reasoning.

Those aren’t the verbs we’re looking for. We could’ve done with a lot more fighting, swinging and jumping.

“The Legend of Tarzan” isn’t an utter failure, but it certainly doesn’t answer the key question: Why bother with this dusty old franchise? In this case, at least, the tales have been adequately told.

The makers of “The Purge: Election Year,” the third in the series of anarchy-in-the-streets thrillers, hoped that a topical hook would distract from the diminishing returns of the franchise. Namely: The movie is a pointed satire of the current political climate, with one political party backing the annual state-sponsored Purge Night — a twelve-hour stretch where all criminal acts are deemed legal, and the populace is free to murder, pillage and worse — and the other advocating for its retirement. The implications couldn’t be much more clear; one side wants tradition, the other wants change. (Want them to spell it out even more? The film’s tagline, displayed in the trailers over scenes of bloodshed and mayhem, is “Keep America Great.”) Whatever your real-world political affiliation, though, there’s just not much to the movie. The original “Purge” was an effective and exciting bit of confinement horror, as one family attempted to ride out the night and avoid murderous neighbors; the latter two films, however, have devolved into by-the-numbers action films with the thinnest sheet of horror laid on top. Protect the good guys, get to the safe zone — you can find this plot 24 hours a day on 18 cable channels. A few visually inventive scenes of terror do not a horror film make.

The generally stellar indie studio A24 delights in distributing high-concept odditties to the masses, and they’ve got a gem on their hands with “Swiss Army Man,” a bizarre adventure starring Paul Dano and Daniel Radcliffe. Dano plays a shoegazing twentysomething who washed up on a desert island after a boat accident; after months without rescue, he’s ready to take his own life. At the last moment, though, a corpse (Radcliffe) washes up on the beach, displaying an unusual superpower for a deceased individual: a certain biological function allows the body to function as a jetski. (It’s actually even a bit more bizarre than it sounds.) Eventually, the body starts talking a bit — and demonstrating many more hidden talents which could lead back home. Rarely has crude humor been deployed to such sweet effect, and “Swiss Army Man” is an odd but eminently likable pastiche of romance, coming-of-age tale, adventure and comedy. It may be a bit too cute for some, but it’ll easily become a cult favorite.

The Montage: Also out in a busy weekend: “The BFG,” Disney’s adaptation of the Roald Dahl novel. Early word is fairly positive … I’m a bit late to the game on this, but Cinema in the Park is in full swing with a lineup of quality movies screened for free in picturesque locations throughout the city. Grab a picnic basket and get the drive-in experience without all the distracting cars … Row House Cinema leaves the known universe this week with a quartet of “Fantastical Adventures.” Head to the Lawrenceville theater for “Legend,” “The Neverending Story,” “The Dark Crystal” and “The Secret World of Arrietty” … The next Rooftop Shindig, which combines a free movie and a concert atop the Theater Square Parking Garage in the Cultural District, is set for Wednesday. Local favorites Donora and Meeting of Important People will perform before a showing of “Anchorman: The Legend of Ron Burgundy.”