The New King of the Westinghouse Castle

John Graff, president and CEO of the Priory Hospitality Group, plans to turn the century-old structure into hotel and event space. 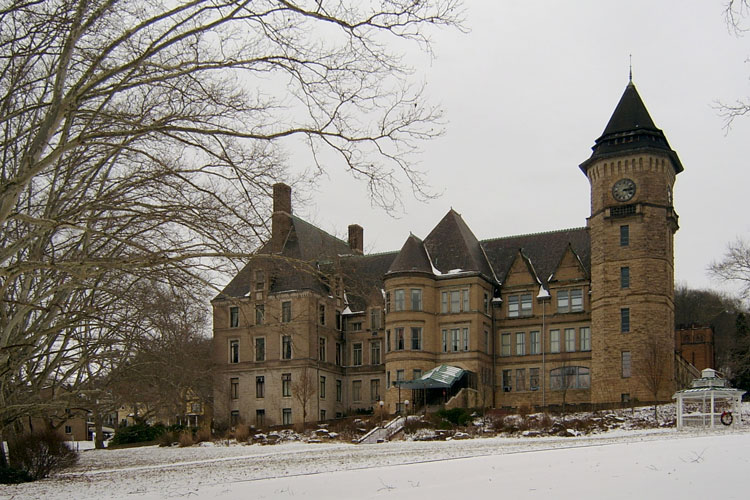 There's a new king of the Westinghouse Castle. John Graf, president and CEO of the Priory Hospitality Group on the North Side, recently bought the nearly 130-year old castle at sheriff's sale for $100,000.

Located on 325 Commerce St. in Wilmerding, the five-story sandstone property was built by George Westinghouse as the headquarters for Westinghouse Air Brake Co. It included a bowling alley, library, gymnasium and a pool for employees to use. The property is currently listed on the U.S. Department of Interior’s National Register of Historic Places.

Graff wants to convert the castle into a destination hotel and event space similar to the Omni Bedford Resorts.

“It will be a heavy event space, with two large ballrooms and a medium-sized ballroom for everything from corporate retreats and wedding receptions,” Graff told the Pittsburgh Post-Gazette.

Graff has his work cut out for him. The 55,000-square-foot castle will need significant repairs. The previous owner, the nonprofit Wilmerding Renewed, said heating bills alone were $10,000-a-month. After a failed attempt of paying for repairs through tours and rentals, the group left the project last year.

Graff estimates that the total renovations will be between $8 and $9 million and take over a year once financing is complete.