The New Ghostbusters Is a Worthy Addition to the Franchise

Reviews of "Ghostbusters" and "The Infiltrator," plus local movie news and notes. 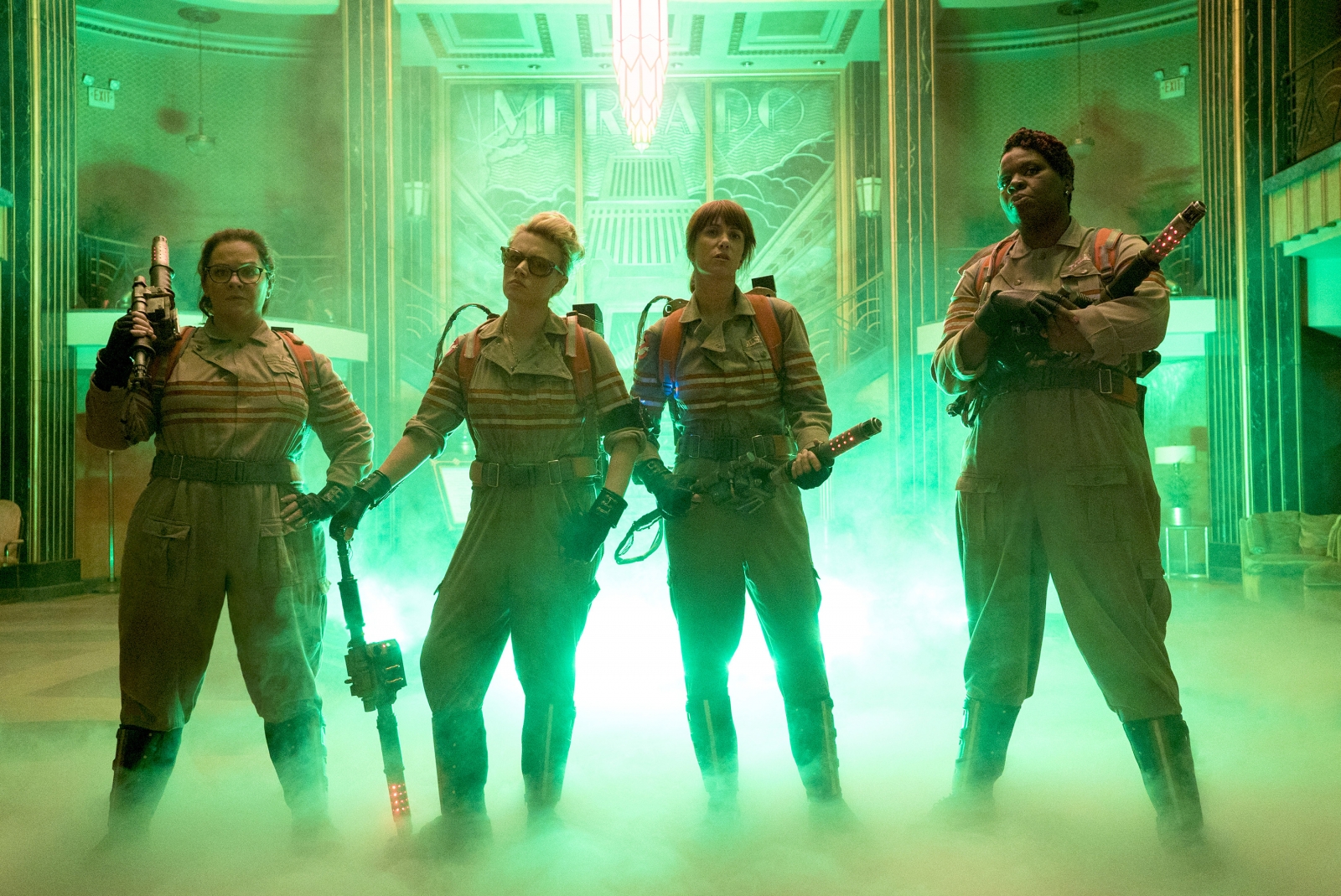 After a year of thoroughly unpleasant, online opinions from many of the worst corners of the internet, the reboot of “Ghostbusters” finally arrives in theaters nationwide today. The decision to proceed with female leads was callously and unfairly maligned by some; others preemptively judged the decision to restart the series’ world rather than make this edition a sequel. The trailers were nitpicked; online rating systems were gamed to give the appearance of a poor film. I cannot recall a pre-release period for a film that was quite as frustrating.

Yes. Yes, it definitely is.

Now wouldn’t it have been nice if everyone waited to hear that before going nuts on Facebook?

Erin Gilbert (Kristen Wiig) is a tenure-track physics professor trying to hide the fact that she once wrote a book about paranormal investigations with her former best friend, fringe scientist Abby Yates (Melissa McCarthy). After a sinister ghost appears at a historic Manhattan mansion, the owners track down Erin and Abby; reunited and with Abby’s screwball sidekick, Jillian Holtzmann (Kate McKinnon), in tow, they discover that some spooky stuff is going down all over New York.

The fourth member of the team, Patty Tolan (Leslie Jones), jumps on board after a long-dead prisoner appears in her workplace. The film hits notes similar to the plot of the original film, with some additions — a dopey beefcake assistant played by Chris Hemsworth, a somewhat unimpressive villain — and the refreshing omission of a romantic subplot. The important thing, though: this “Ghostbusters” is really, really funny.

There are big, belly-laugh set pieces; there are smart, quick jokes that solidly land. There are beautiful, hilarious character moments (most notably from McKinnon, the unquestioned MVP of the movie). And while anyone seeking to compare and contrast with the classic version will undoubtedly find things to pick apart, that’s a fool’s errand with any remake; evaluated on its own merits, “Ghostbusters” is a winning comedy, a fine popcorn flick and undoubtedly worthy of the franchise name.

Is it perfect? Certainly not; there are moments of hokeyness here and there and some decisions that don’t really work. But few refrains from the moviegoing rabble have grown as tiresome as the complaint that a reboot somehow devalues the original film. If you find yourself with a preference for the original, that’s just fine; I certainly prefer the classic version, simply because it’s so close to perfect. But I like this one quite a bit, too. I hate to suggest a slow-down to the nonstop tide of social-media commentary, but seriously — maybe wait to see a movie before you say much about it.

To all those who do cry about the glut of remakes and sequels clogging theaters, here’s one potential solution: actually pay money to see quality, original films. “The Infiltrator,” a slow-burn drama from director Brad Furman, is just such a picture. Based on the memoirs of Robert Mazur, a deep-cover customs official who ingratiated himself with Pablo Escobar’s American cartel operations in the mid-’80s, “The Infiltrator” unfolds on a nearly epic scale as Mazur (Bryan Cranston, excellent) dives deeper and deeper into the high-end side of the underworld. Some notes are familiar — the toll Mazur’s work takes on his family, the crime-does-pay temptations he must turn away — but this is ultimately a film about what it means to do a job well when the alternative is certain death. “The Infiltrator” can be a bit slow; by the time you reach the end credits, you’ll feel as though you had binge-watched a full season of a taut TV drama. But it’s often fascinating, sometimes harrowing and always compelling. Cranston, as always, is worth the price of a ticket on his own.

The Montage: I’m honored to be serving as a judge for this year’s 2-Minute Film Festival, presented by the Carnegie Museum of Art. Screenings of the quite-short shorts will take place at Row House Cinema throughout the week; click here for all the details on the festival, the screenings and related events … As reported here by the Pittsburgh Post-Gazette, the Pennsylvania film tax credit program will increase by $5 million for fiscal year 2017-18. While the dream is still an uncapped tax credit, any increase is definitely good news for the many film professionals in the city and throughout the state … I’ve heard good things about idiosyncratic director Todd Solondz’ latest quirky indie, “Wiener Dog.” It opens today at the Regent Square Theater.