The Mummy Marks an Inauspicious Debut for the Dark Universe

Review of "The Mummy" and "It Comes at Night," plus local movie news and notes. 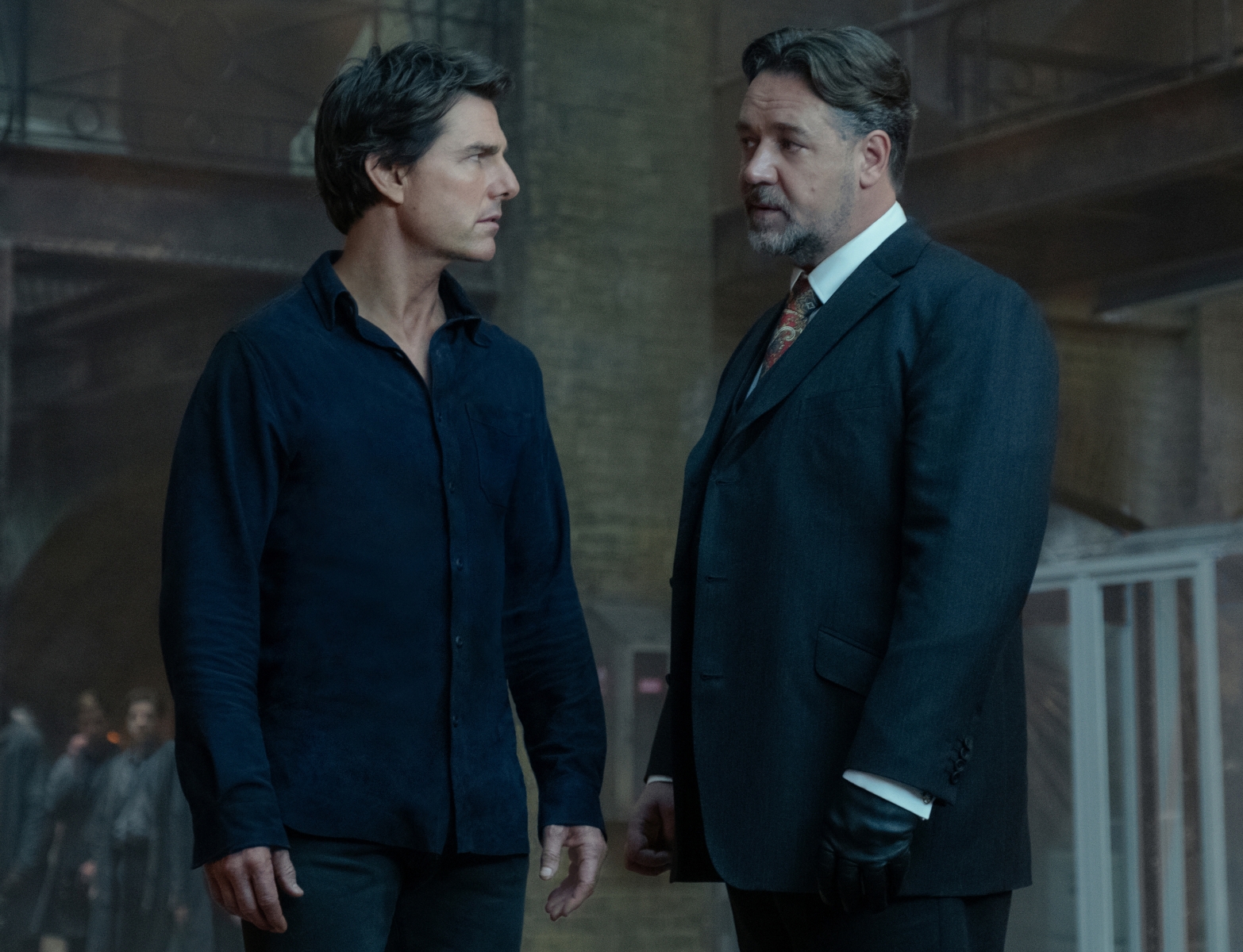 Did you hear? There’s a new universe! It’s called the Dark Universe! And all of your favorite monsters are there!

Universal Pictures is reviving their long-dormant icons of early horror — your assorted invisible men, phantoms of the opera, wolf people and the like — to populate the “Dark Universe” series, which somehow already has a website and dedicated branding despite having existed in theaters for about four hours at the time of publishing.

The first installment of this new mega-series is “The Mummy,” out today with Tom Cruise as soldier-turned-Mummy-foe Nick Morton and Russell Crowe as Dr. Henry Jekyll — you know, he of Jekyll and Hyde. Helmed by longtime writer and producer Alex Kurtzman, the film aims to not only engage but also set the tone and rules for the franchise.

Unfortunately, we're out of the gate with a distinct thud. Cruise plays a soldier who happens upon an ancient tomb, in which he unwittingly releases a long-dormant Egyptian princess bent on recreating Set, the god of evil, or some such nonsense.

The film's first act plays out decently, offering glimpses of potential for the hopeful franchise; before things get too kooky, the atmospherics are acceptable and a few action sequences, particularly one of airborne calamity, play out decently enough. But around the first turn, things devolve into just another CGI spectacle; most of the film's running time is tied up with an unending, indistinguishable parade of pseudo-slick brawls between Cruise and company and a host of computer-generated ghouls.

Universal and Kurtzman have badly misunderstood what made the long-ago films they're aping so memorable; there's no suspense, no originality and no flavor to be found here. Oh, for the days of Karloff, Chaney and Lugosi; today, we have little more than unconvincing ones and zeroes. I have little hope for this universe, whatever its shade.

Thankfully, not all the scares hitting theaters this weekend are as dusty as “The Mummy.” “It Comes at Night,” from reliable indie studio A24 and sophomore director Trey Edward Shults, has something of a common horror premise: After a global plague (which may or may not have zombification as a symptom), a small family is sheltered in a forest cabin, trying to survive through routine and isolation. The difference in this film, I think, is a dose of reality; this is a movie that points out, despite what we often see in such tales, that the expected result of such scenarios isn’t survival. Brutal, raw performances from Carmen Ejogo and Riley Keough are now imprinted on my mind; in the lead role, Joel Edgerton (normally a bit of a dud) gives perhaps his best performance. It’s heartbreaking, it’s an interesting study for fans of the genre, and it may well be the most sparse, troubling horror film of the year.

The Montage: The Tull Family Theater in Sewickley will this week begin showing periodic performances from London’s National Theater, starting with showings of the recent reinvention of “Peter Pan” … Speaking of the Tull Theater, their Classic Tuesdays series is making some fine choices, including “Cinema Paradiso” this week … It’s Wes Fest at Row House Cinema, as the idiosyncratic director Wes Anderson receives a full week. Catch “The Life Aquatic with Steve Zissou,” “The Royal Tenenbaums,” “The Grand Budapest Hotel” and “Bottle Rocket” … Brian Cox plays “Churchill” in a new biopic of the British leader, opening today at the Hollywood Theater in Dormont.