The Mosaic Stairway: You've Never Seen Steps Like These

When viewed from the foot of the South Side Slopes of Pittsburgh, the stairs ascending Josephine Street form a massive image that consists of more than 7,500 individual mosaic tiles. 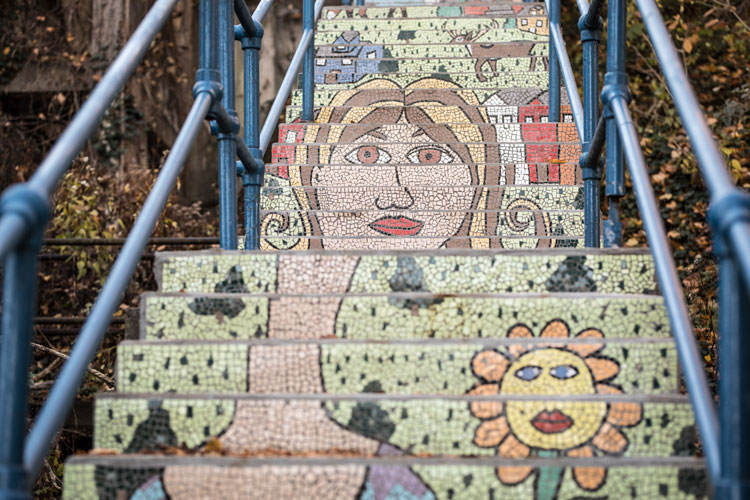 Last summer, we updated you on an effort to create a one-of-a-kind mosaic that would scale one of the South Side’s stairways.

Now, thanks to artist Laura Jean McLaughlin, the South Side Slopes Neighborhood Association and a bevy of volunteers and donors, the mosaic steps are complete.

The final touches were placed in early November. When viewed from the intersection of Josephine and 27th Streets, the stairs ascending Josephine Street form a massive image of a rain boot-clad woman picking flowers at the foot of the South Side Slopes. The finished image consists of more than 7,500 individual mosaic tiles, assembled and installed over a period of three months.

The best way to truly appreciate this unique work of art is to see them in person. The next best way may be through the lens of photographer Greg Scuilli.

A 2015 crowdfunding campaign to support the effort netted more than $4,000.