The More Things Change, The More They Remain The Same In Pittsburgh’s Sports Landscape

The Steelers are reloading. The Penguins are going for broke. And the Pirates are acting like they’re broke, as is their habit. 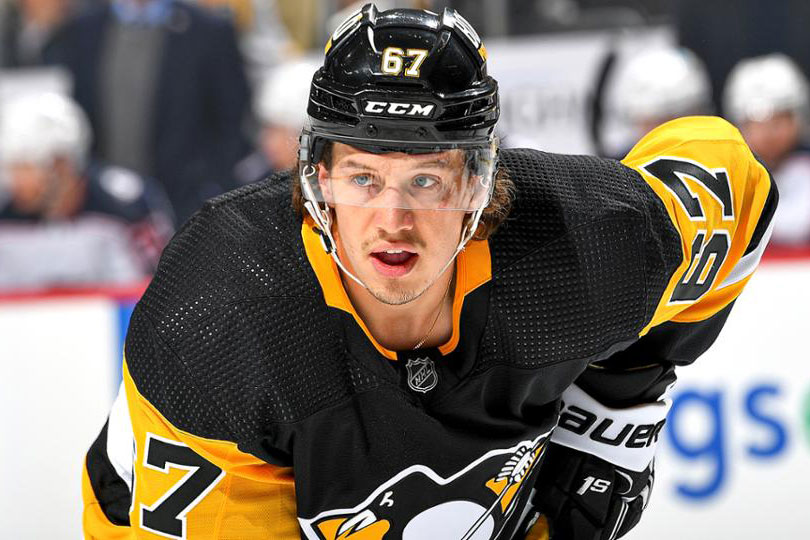 As March lurches toward April and anticipation continues to build for the NFL Draft, the Stanley Cup playoffs and Opening Day, the local climate is as recognizable as ever.

The Steelers and Penguins are generating enthusiasm, optimism and excitement.

The Pirates? As recently-departed Steelers wide receiver JuJu Smith-Schuster might have opined had he been so inclined, “The Pirates is the Pirates.”

The Steelers introduced five free-agent additions late last week, and while their presence guarantees nothing individually or collectively as it relates to their ability to finally start winning playoff games again, the energy they brought with them to the Rooney UPMC Sports Complex was palpable.

Quarterback Mitch Trubisky ran the getting-to-know-you gauntlet, from a group interview on Zoom to a 1-on-1 sit-down to fulfilling requested contributions to his new team’s social media department.

Those included pulling pieces of paper with questions written on them from a helmet and providing off-the-cuff answers to penetrating inquiries such as what band and what television show Trubisky prefers, and does he like pineapple on his pizza? (his favorite TV show is “Peaky Blinders,” by the way, which makes me appreciate Trubisky a little bit more than when the Steelers initially acquired him).

Trubisky couldn’t have been more enthusiastic, even while autographing a Terrible Towel that had “The Terrible Towel” printed on it in Spanish (“La Toalla Terrible”).

Linebacker Myles Jack, likewise, was bouncing off the walls upon his arrival on the South Side.

He set the unofficial record for incorporating “excited” or “very excited” or “I’m just excited, man,” into answers delivered during a 1-on-1 interview in March.

“I can’t put it into words how excited I am,” Jack eventually summarized.

One other word he had deployed toward that end was “goosebumps.”

These are established veterans we’re talking about, not wide-eyed rookies. But all five (Trubisky, Jack, cornerback Levi Wallace and offensive linemen James Daniels and Mason Cole) seemed as ecstatic to be joining the Steelers as their services are needed by the Steelers.

Don’t you just love it when a plan comes together?

The Penguins were, likewise, energized by their trade-deadline acquisition of winger Rickard Rakell from Anaheim this week

In addition to potentially providing a much-needed scoring option for Evgeni Malkin’s line, Rakell’s arrival personified an unmistakable message sent to the locker room from management confirming the Pens’ current collection, with a bit of augmentation, is perceived by management to be capable of making a run for the Stanley Cup (something the Pens haven’t managed in quite a while now).

And that’s the type of message that resonates.

“I think it gives our team juice,” head coach Mike Sullivan insisted following Rakell’s debut game with the Penguins on Tuesday night against Columbus. “It gives me juice as the head coach, I’ll tell you that.

“And I think the players feel the same way.”

Not that anyone should start planning a parade.

But Rakell’s first two games (against the Blue Jackets and Wednesday night in Buffalo) suggested the Pens will be better for having him, and in a more legitimate position to contend with him.

Juice is a beautiful thing.

Unless it’s tobacco juice on your shoe, which brings us to the Pirates.

They were conspicuous this week by their reluctance to spend money, again.

Specifically, the Bucs reportedly opted not to acquiesce to outfielder Bryan Reynolds’ request of $4.9 million for the coming season, instead offering $4.25 million but no more.

The Pirates, initially, at least, were prepared to go to arbitration and argue against paying their one star player, potentially alienating him and further alienating what’s left of the fan base in the process, over $650,000.

At the one time of the season when everyone in baseball is supposed to be able to bask in the sunshine and a renewed sense of possibility, at the very time when hope is supposed to spring eternal, the Pirates have opted to established yet again that nothing’s changed.

Or is ever going to change.

To recap, the Steelers’ arrow is at least pointing up again, the Pens are on a mission again and the Bucs stop here (not to imply they ever had any serious intentions to get started).

Sounds like everything’s about where we’d expect it to be, where it seemingly has been all along.