The Jack Reacher Series Is Only Good in Pittsburgh, Apparently

Reviews of "Jack Reacher: Never Go Back" and "Keeping Up With the Joneses," plus local movie news and notes. 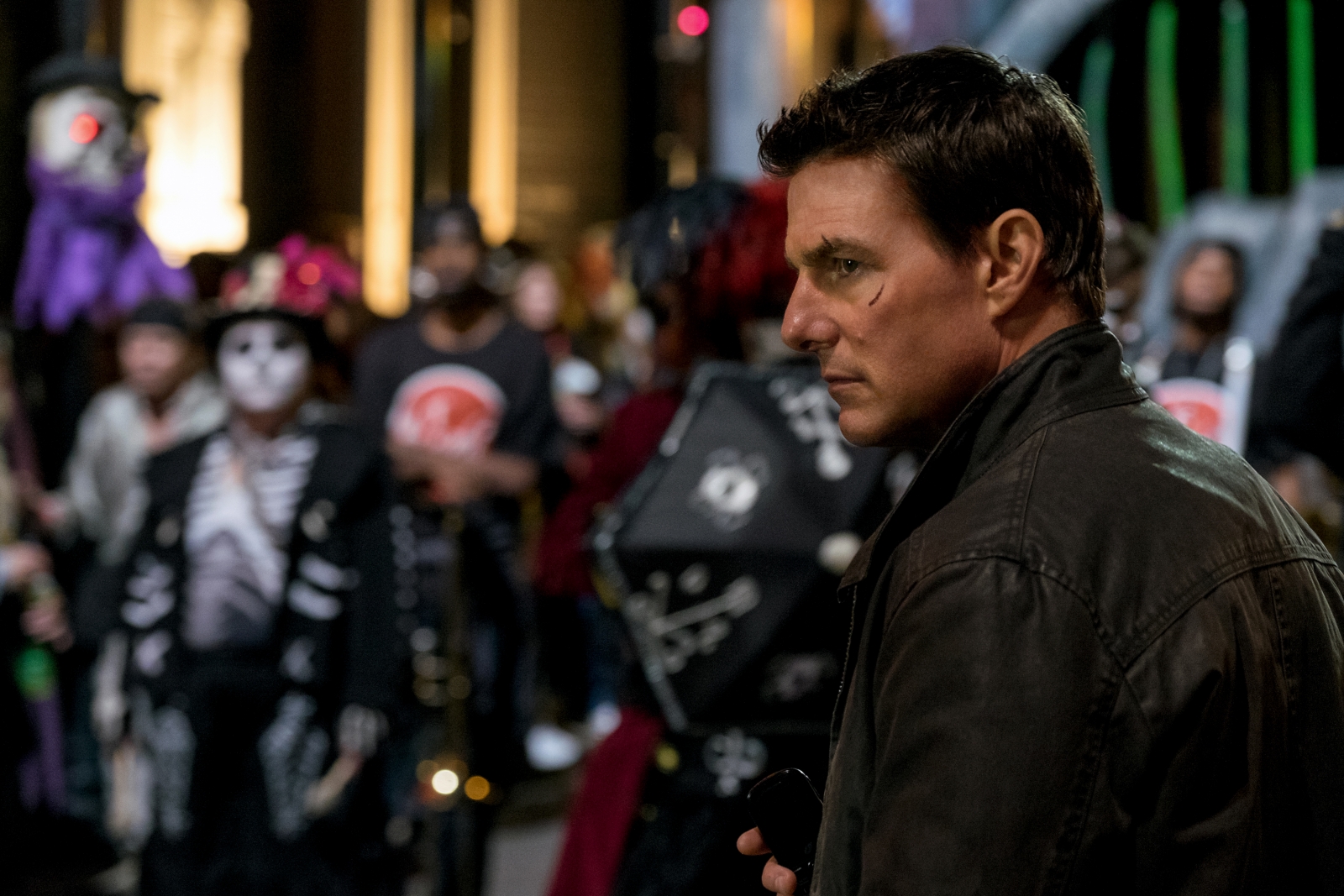 Were it not clearly trying so hard to be a good film, the innumerable failures of “Jack Reacher: Never Go Back” would be downright funny. The sequel to the Tom Cruise action vehicle is so thoroughly awful that one might be inclined to wonder if it is meant as a tongue-in-cheek riff on genre tropes.

It’s not, though. Everyone involved bears a look of steely resolve (when they can be bothered to act at all). No, to assume that this utter dud of a follow-up is anything but an earnest (and clueless) failure is to give it far too much credit.

Reacher (Cruise), a covert military police detective (or something) who’s now retired (or something), heads to Washington to meet Major Susan Turne (Cobie Smulders), whom he’s become fond of through awkward, not-at-all-romantic update calls. When he arrives, he finds that she’s been arrested under mysterious circumstances and charged with espionage. When the fist-happy sleuth begins to dig around, a boring and not-at-all logical conspiracy emerges.

And oh yeah — somewhere in here, “Never Go Back” indulges in the hands-down worst cliche of a lame-duck action sequel. Guess what, Reacher — this precocious, street-smart teenager (Danika Yarosh) might be your daughter! Now you’re going to have to spend the rest of the film protecting her!

The original “Jack Reacher,” filmed (in Pittsburgh) five years ago, was a fun action romp, but “Never Go Back” is a film that makes no effort to rise above the level of a throwback TV movie. Whole fight sequences take place within full view of characters who merely look on, for no clear reason; entire scenes are ignored immediately after they conclude; supporting characters are killed off with no ramifications.

Cruise’s natural charm can usually carry him through most action films, but there’s just not enough structure here for him to carry. Smulders’ earnestness is noble, but ultimately misplaced, and a good number of the supporting cast look like they wandered in from a nearby commercial shoot. And the less said about the ham-fisted dialogue, written by a committee including director Edward Zwick — who can and should do superior work — the better.

This is a movie that just does not care. And neither should you.

We transition now from a dreadful spy thriller to a passable-at-best spy comedy, as the mood at the multiplex this weekend is both conspiratorial and lazy. In “Keeping Up with the Joneses,” Zach Galifianakis and Isla Fisher are a stock suburban couple with a well-worn routine and dormant sex life. They’re enchanted and intrigued by the glamorous couple (Jon Hamm and Gal Godot) who moves in next door but immediately begin to suspect that they are, in fact, spies. Of course, the putzes are right — the good-looking pair is indeed married, but everything beyond that is a cover. They’re trying to uncover sinister goings-on at the military contractor in town, and the humdrum couple just became their hapless allies. What unfolds is virtually identical to every fish-out-of-water action comedy you’ve seen in the past five years (and there have been many). Without much clever dialogue to work with and a straighter character than he’s usually handed, Galifianakis can’t do much; Hamm tries, but he’s got little more than charm. The women fare considerably better; Fisher’s natural comedic timing adds many of the film’s sparse laughs, and Godot remains such a captivating screen presence that she can overcome bad circumstances (just look at “Batman v Superman”). The film could’ve done with a bit fresher material and way more jokes, but it’ll do to kill a few hours. Keep this one in mind if you have a long flight coming up, I suppose.

This weekend marks the local premiere of a documentary that delves into a bit of nearby history that was unknown to me and might have escaped the knowledge of many younger ’Burghers. “Traficant: The Congressman of Crimetown” provides a biography of James Traficant, the Youngstown native who represented his hometown in Congress before being convicted of a slew of corruption charges. The bombastic figure’s time in D.C. provides more than enough footage for a doc, but the story gets weirder from there. Directed by fellow Youngstownian Eric Murphy, “Traficant” includes interviews with famous sons of our western neighbor such as Ed O’Neill and Ray “Boom Boom” Mancini. It’s showing starting today at the Parkway Theater in McKees Rocks, and you can also stream it via iTunes and Amazon; click here for more info.

The Montage: I was fortunate enough to attend the premiere of local filmmaker Chris Preksta’s new short, “Echo Torch,” earlier this week. I can’t praise the film highly enough; were this masterfully made ghost story submitted to the festival circuit, I’m convinced it would rake in the awards. Instead, it’s online for free. Watch it here. You’ll be glad you did … The ReelAbilities Film Festival continues, including a screening of “Margarita with a Straw,” a local hit at last year’s Silk Screen Fest. Click here for info … Alice Walker, the Pulitzer Prize-winning author of “The Color Purple,” will appear at a Chatham University event to introduce the film “Yemanjá: Wisdom from the African Heart of Brazil,” which she narrates. The screening is set for Thursday night; click here for more info.