Hundreds of protractors have been placed throughout the city. No one seems to know why. 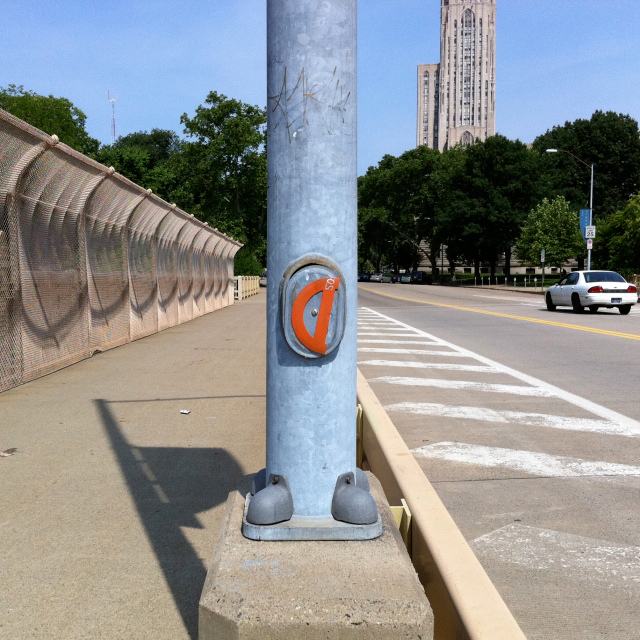 In a bit of strange local news, hundreds of protractors have been hidden throughout the city, superglued to signposts, curbs, utility boxes and other public spaces. Yet nobody appears to know from where they came or why they’re there in the first place. The protractors come in a variety of colors; each is numbered, presumably starting at one and going up to 456 — though some protractors in between have yet to be found. There’s even still debate as to whether or not these unmarked tools are protractors or just pieces of plastic shaped like protractors resembling the arc of our iconic yellow bridges.

Nevertheless, this geometric mystery first was reported in 2011, when contributor Eric Lidji created a map for his blog after finding protractors around the city for months. Though some have been found in East Liberty, Friendship, Shadyside and Squirrel Hill, the heaviest concentration of them is in Polish Hill. You can find Lidji’s incomplete master list, last edited in 2011, here. 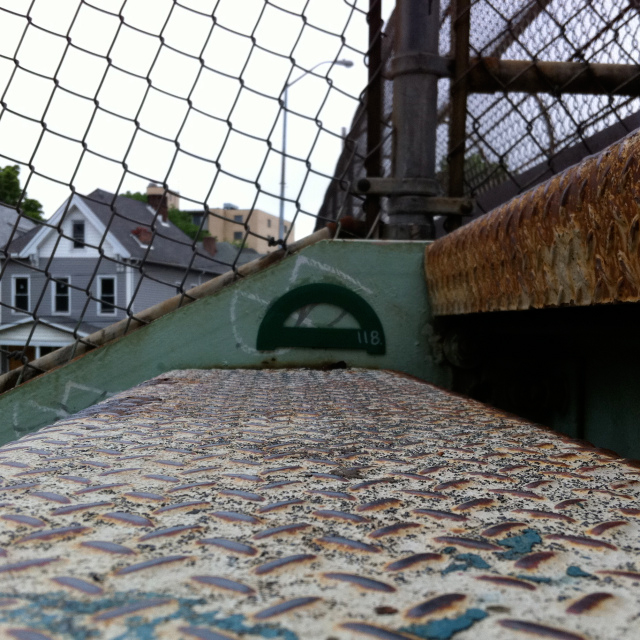 The Great Pittsburgh Protractor Mystery, as we’re calling it, continues today, as roughly one-quarter of the “protractors” still have yet to be found; the reasons for their existence still are speculation. Is it the work of some renegade math-centric graffiti artist? Or maybe an elaborate art project meant to celebrate the intricacies of Pittsburgh? Perhaps it’s simply a scavenger hunt for a local geometry class that nobody bothered to clean up. We may never know, and that’s OK. If nothing else, this mystery has been a lesson in how well we perceive our surroundings, inviting us to look at our environment in a new way.

The opening night selections of the Three Rivers Film Festival always are fine choices. The marquee movie of the 33rd annual fest’s first night, however, is of particular note. Nov. 7 will be the first chance for local audiences to see “Foxcatcher,” the locally shot drama with high Oscar hopes starring Steve Carell and Channing Tatum.

The film will open nationwide the following week, so the 3RFF showing represents a sneak preview for the hometown crowd. Also playing on opening night: at the Harris Theater, “The Overnighters,” a documentary about an unlikely struggle in a small North Dakota town; at Waterworks Cinema, “Goodbye to Language — 3D,” a high-concept experimental film from iconic French new-wave auteur Jean-Luc Godard; and at the Melwood Screening Room, “Homemakers,” a locally made movie about a young ne’er-do-well’s unexpected inheritance of a Pittsburgh home.

Tickets for opening night films are $20 each and go on sale tomorrow at 10 a.m.; a ticket to an opening-night screening includes admission to a party the same night at Pittsburgh Filmmakers’ Oakland home base. The rest of the festival lineup will appear on the 3RFF website on Wednesday, with tickets on sale a week from tomorrow.

#Rankings: Pittsburgh among the best cities for trick-or-treating

Attention Halloween trick-or-treat strategists: Pittsburgh was ranked 12th on a list of best cities in which to trick-or-treat. Real-estate website Zillow based rankings off of where kids could get the most candy in the least amount of time and with the fewest safety risks. Huge shoutout to the good people of Shadyside for topping the list of best local neighborhoods to trick-or-treat in. Looking for other areas to hit the candy jackpot? You also can check out Regent Square, Squirrel Hill, Point Breeze and Greenfield.