The Girl with a Smile

Sarah Marince, the face and voice of Eat’n Park’s jingles, is an aspiring country singer whose songs have hit the charts. 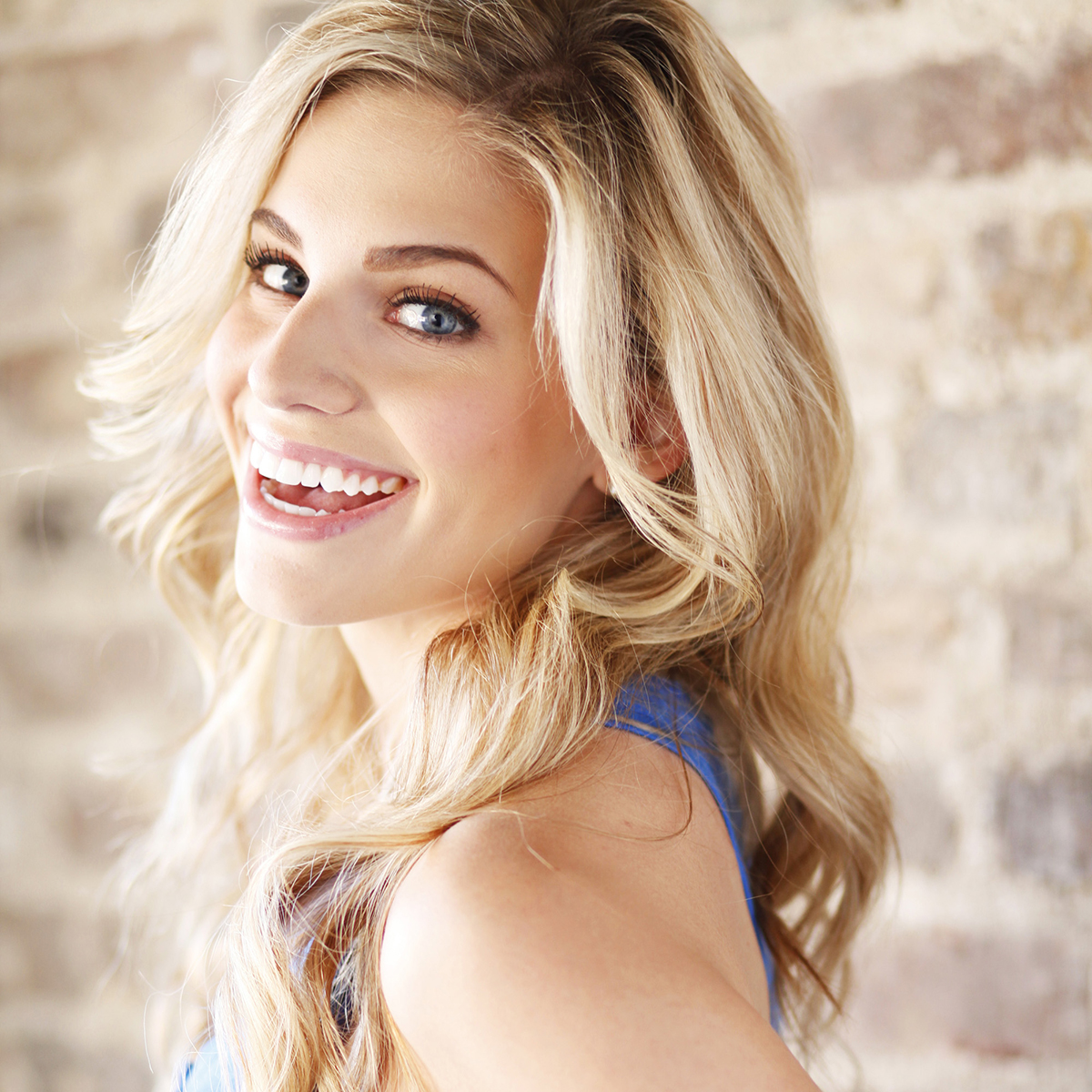 On a recent fall day, Sarah Marince walked into — where else? — Eat’n Park for an interview with Pittsburgh Magazine. As she entered the Ross Township restaurant, she spotted her aunt sitting in a booth by the window enjoying a late breakfast. In town for only a few days, Marince, 23, was glad to squeeze in some family time.

Later, a waitress called her by name and asked if she’d be willing to pose for a photo with a little girl a few tables over. Marince agreed, but the girl had a sudden shy streak and hid under the table. Marince coaxed the child out by bending down and focusing on her — “What’s your name? You’re wearing my favorite color!” By the end of the photo session, the girl was jumping up and down with delight.

Sharing in the connection Pittsburghers feel toward the locally based restaurant chain is one of Marince’s favorite aspects of her current role as Eat’n Park’s “Girl with a Smile” — that, and giving out free Smiley cookies.

In 2008, the company approached Marince to sing its jingle after she self-released her first CD while still a student at Lincoln Park Performing Arts Charter School. Since then, she’s done three versions and numerous commercials. Now, the Moon Township native is a recording artist — her song “Can’t a Girl Change Her Mind” hit No. 60 on the country charts — making a name in the Nashville music scene. She also keeps busy raising awareness for anti-bullying causes.

How does it feel to be a face of Eat’n Park?
It’s crazy because I don’t see or hear the commercials on air in Nashville, so when I come home, it’s a lot of fun. I was at the mall with my Nana, and someone said, “You’re the Eat’n Park girl!” That’s the coolest thing. Pittsburgh has been wonderful to me. I love coming home to Pittsburgh. To have people in Pittsburgh behind me is huge; you need hometown support.

Do you live in Nashville full-time?
Yes. I moved to Nashville not long after high school without knowing anybody. It was definitely scary. I got a part-time job, making my way through the city. I’ve lived there for five years. My days are filled with songwriting, being in the studio and traveling. I travel a lot. My younger brother lives with me — there are four of us — so Chris and I get along really well. He goes to Vanderbilt University, so I said, “Hey, let’s just live together.” I take music theory and songwriting classes at Vanderbilt now, too.

How did you first get your songs on the radio?
The Pittsburgh country music scene is actually pretty big. I had some opportunities to open up some shows here and there starting around age 14. Some of the radio stations will give airtime to local artists. That was really huge for me. My dad works for Clear Channel, so I chose to go outside of that company to different radio stations.

“To have people in Pittsburgh behind me is huge; you need hometown support.”

You’ve opened for some pretty big names.
I opened for Kellie Pickler, Little Big Town [and] for Taylor Swift when she performed at the Pepsi-Cola Roadhouse (in Burgettstown) in 2007. That would not happen now — it holds 1,000 people. She was backstage just tuning her acoustic guitar. That was really, really cool. She was telling me not to date — that boys were trouble.

You were involved in Irish vocal competitions.
I’m 50 percent Irish, 50 percent Czechoslovakian. My grandfather’s name is Tom O’Donoghue, and he owned the Blarney Stone in Etna for years. I started singing at 12 or 13, and some of the first songs I learned were Irish songs. My grandpa would teach me, and I’d sing them at the restaurant. My brother, sister and I were also Irish step dancers … Sometimes people ask, “Can you do a jig for us?” They ask at every family wedding. People think it’s cool [that] siblings can dance together, and we get a kick out of it.

What was it like to sing the national anthem at a Pirates playoff game in October?
That has to be one of my craziest experiences to date; PNC Park was just insane. After they won, you couldn’t even walk around without people high-fiving you; the energy level was off the charts. Seriously, I’ve never been so proud to be from Pittsburgh. I knew it was a big game, but in my head I had to say, “This is just like any other anthem, just a few more people; just get through it.” But afterward, I could kind of breathe a little bit. Pittsburgh fans are great, and they’re so supportive, so I was getting tweets and messages from people, from everybody there — and it was overall a wonderful experience.