The future French president was generally a fan of Pittsburgh but made one poor decision during a 2006 visit. 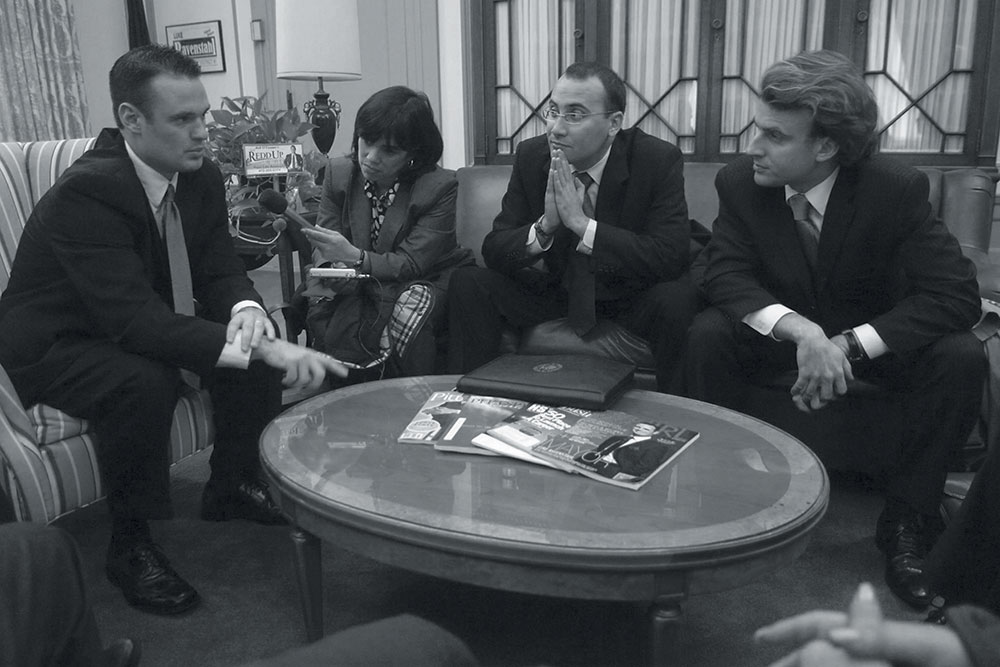 In October 2006, six promising Europeans came to Pittsburgh. Among the group was a 28-year-old finance minister named Emmanuel Macron. In May 2017, he would become president of France — the youngest person to hold that office.

The six came to Pittsburgh with funding from the German Marshall Fund, an organization created in 1972 by the German government. Since 1982, the Fund has run the Marshall Memorial Fellowship program, financing trips for people on both sides of the Atlantic who have leadership potential and an interest in international relations.

Why Pittsburgh? In 2002, Mark Houser, then a reporter for the Pittsburgh Tribune-Review, was selected as a German Marshall Fund fellow. Houser, who grew up in New Castle but was born in Germany, suggested upon his return that Pittsburgh be considered as a host city. The next year, a half-dozen Europeans arrived in the Steel City; a new group has visited each October.

Houser — now the director of news and information for Robert Morris University and a frequent Pittsburgh Magazine contributor — says he remembers Macron as a personable guy, “friendly, not arrogant,” always “nattily attired” in a suit or blazer, usually with a scarf around his neck and hair a bit longer than he wears it now. Houser also recalls one night at Fat Head’s on the South Side, when Macron startled his fellow fellows with the news that he had married his high school drama teacher — who is 24 years his senior.

The official itinerary for the visit started with a Wednesday dinner at Church Brew Works and an incline ride. The next day, the group observed a criminal trial at the Allegheny County Courthouse, followed by lunch with Judge Joseph James at the Engineers’ Society on Fourth Avenue. That afternoon, each fellow met with a local expert; Macron spent time with Dr. Aníbal Pérez-Liñán, then of the University of Pittsburgh Center for Latin American Studies.

On Friday, the group visited a city high school, toured the Cultural District, and had lunch with Ted Pappas, then executive and artistic director of the Pittsburgh Public Theater. The fellows also met Mayor Luke Ravenstahl, who had just taken office (pictured; Macron is on the right).

On that Saturday, they visited the Cathedral of Learning before heading to Mad Mex on Atwood Street; several fellows wanted to know more about American football, so they decided to catch a college game on television. (Pitt wasn’t playing, unfortunately.) When the waitress brought chips and salsas, Houser warned that the habanero salsa was quite hot; Macron bragged that he had been to Nigeria and knew about spicy foods. He put a big dollop of salsa on a tortilla chip, looked Houser straight in the eye and ate the whole thing. Macron then took hold of his head as his face turned bright red; “I have made a big mistake,” he said. He grabbed a glass of water, drank a beer and sweated profusely as the group laughed.

Macron then visited Galveston, Texas; Seattle; the tiny town of Richland Center, Wisc.; and New York City before heading home. The salsa story seems to have lingered; it was included in a recent profile of Macron in the New Yorker.

Thanks to Minette Seate and Michael Seate for their help with this story.

This article appears in the October 2019 issue of Pittsburgh Magazine.
Categories: Rick Sebak