Find out about the two new projects from the crews behind Meat & Potatoes and Bar Marco. 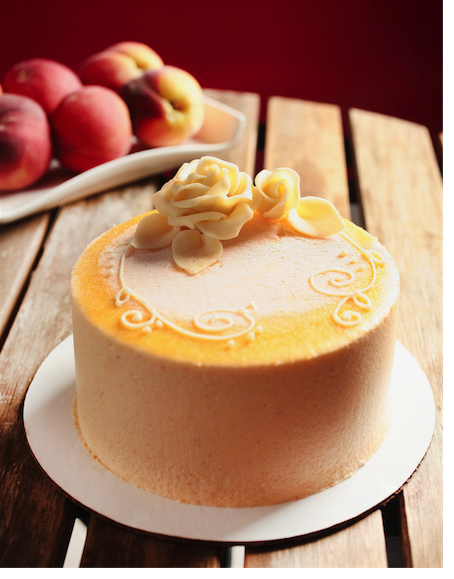 Food Glorious Food
Meticulousness and efficiency are two hallmarks of a great chef. Arbil Lopez, who studied at the Culinary Institute of America, taps her classic training when whipping up French-inspired goods at Food Glorious Food. While creating the “just peachy” entremets — which feature local produce and flavors of caramel, white chocolate and vanilla — she uses a few molds to ensure each layer is just the right size, building some portions in advance. The light, creamy mousse desserts taste — and look — like pieces of heaven.

The Livermore
When the owners of Bar Marco perceived a need in East Liberty for a spot offering “super-invigorating” light fare, they decided to fill it. Their newest business, The Livermore, debuts Aug. 1 in the space formerly occupied by the Waffle Shop. In the morning, the lineup at this quick-casual spot is focused on crostini, quiche and other breakfast-time dishes; accomplished chef Andrew Stump bakes homemade breads, while sous chef/co-owner Justin Steel prepares orders. Look for a cold-brew coffee tap, French-style cocktails at night and a 16-foot-long bar made of Brazilian wood reclaimed from an Ohio bowling alley. The owners say they hope to take the culture of East Liberty into the streets, with visions of sidewalk art, music and food vendors in the future.

Butcher and the Rye
With a mega-hit on their hands, Meat & Potatoes owners Tolga Sevdik and chef Richard DeShantz decided to open a similar eatery up the block. The drink menu at Butcher and the Rye offers craft cocktails similar to those at its sister eatery. Butcher and the Rye’s food lineup is also comparable, exhibiting a speakeasy style, but plates are smaller, making it easier for patrons to share.

Pittsburgh Restaurant Week
Aug. 12-18
Here’s an excuse to get out and try that restaurant you’ve been meaning to visit. This summer installment of the rebooted Pittsburgh Restaurant Week promises to be grand, with an expected tally of 50 or so eateries offering special fare or fixed-price meals. New this time is a diet rating from our own Leah Lizarondo (aka Brazen Kitchen); she will note whether participating establishments accommodate those with dietary restrictions. Eateries such as Stone Neapolitan Pizza, plus numerous returning participants, have registered for this foodie extravaganza.

Alihan’s Mediterranean Cuisine
The Cultural District now offers a taste of the Mediterranean, thanks to Alihan Hanoglu. The owner of Giovanni’s Pizza and Pasta says he wanted to broaden the variety of cuisines represented downtown. He’s taken over the space across from his pizza shop, offering lunch and dinner service. The menu lists such classics as gyros.

DeLuca’s
Strip District breakfast stop DeLuca’s took its homestyle specialties, such as hot cakes, to the ’burbs this summer when it opened a site in Robinson Town Centre. You can expect to find diner-style dishes like those served at the original location.