The First of Its Kind: Bloomfield Lofts Nearly Complete

Once a commercial laundry facility, the luxury, 18-unit complex is the neighborhood’s first condominium project. 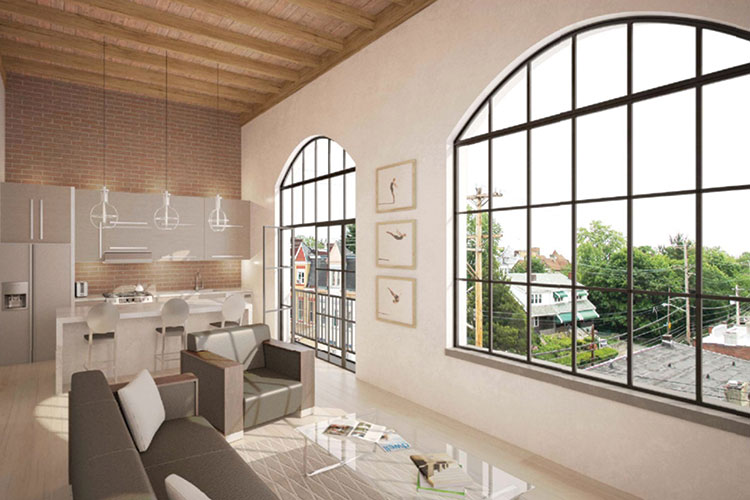 While Lawrenceville and East Liberty have seen their share of luxury apartment units built in recent years, no such similar high-end condominium projects were taking place in neighboring Bloomfield — until now.

Once a commercial laundry facility, the turn-of-the-century building sat empty for more than 20 years until I-CON Development began renovating the property, billed as the community’s “first in” adaptive reuse project, last year.

Pricing for the units, which range in size from 915 to more than 1,500 square feet, begins at $269,000 and goes up to $460,000. Units include 15-foot-high ceilings, brick walls and large industrial-style windows. There’s also a common outdoor courtyard and gym area.

Keller Williams Realty agent Kathy Wallace, who is overseeing marketing and sales for the three-story complex, says 12 of the 18 lofts are sold. Move-in is expected by mid-November or sooner, she says.

Jason Lardo, principal at I-CON Development told Next Pittsburgh at the groundbreaking that Bloomfield was an easy choice for the project.

“This is the next neighborhood to pop off,” he told the site. “I think our business district is the best in the East End. It’s certainly the largest and densest.”

This article appears in the October 2017 issue of Nest.
Categories: Nest