The CMU Film Fest Opens with One of 2016's Best

Reviews of two films appearing at the 2017 Carnegie Mellon International Film Festival: "I, Daniel Blake," and "The Eagle Huntress." Plus local movie news and notes. 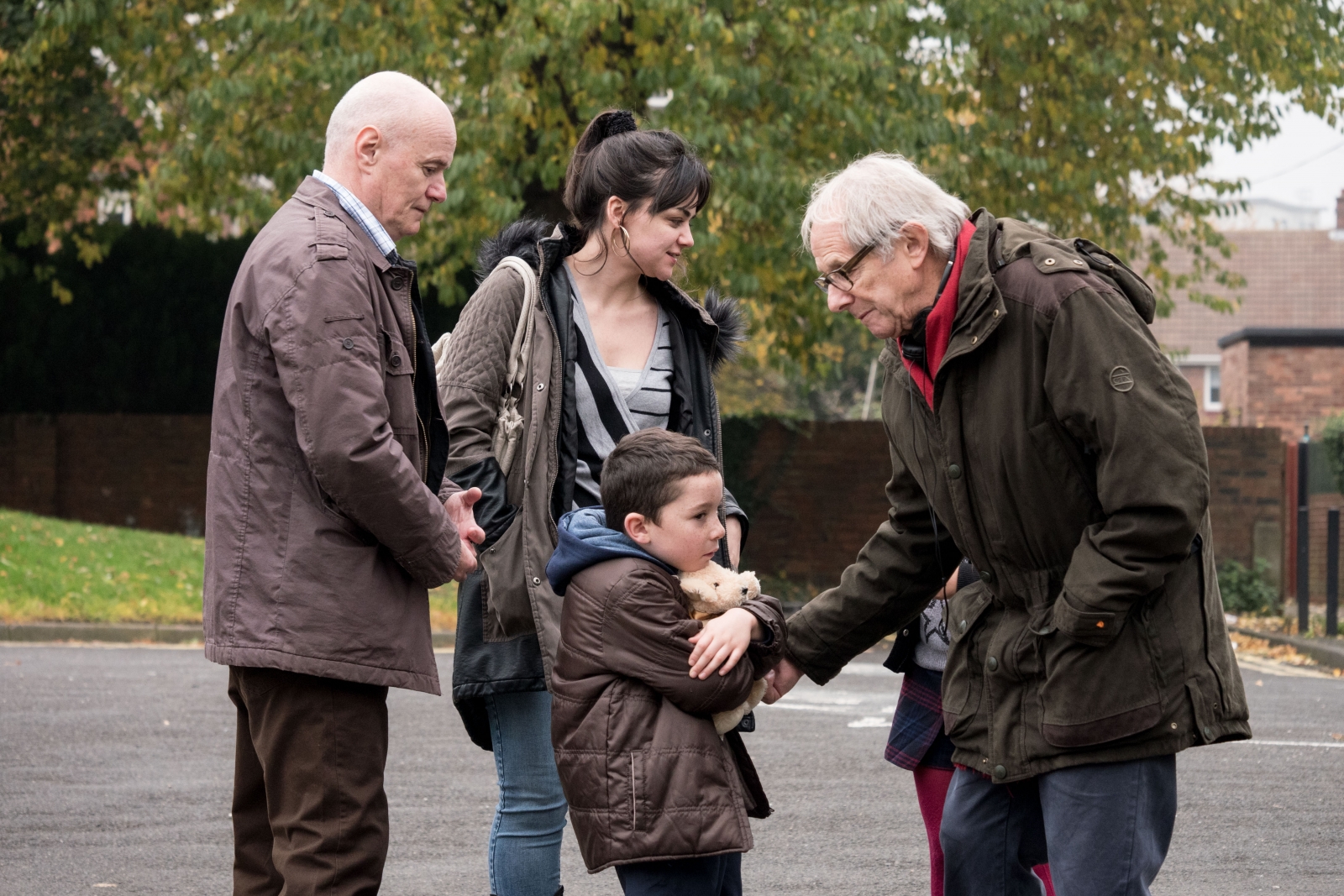 This year, I was given the chance to preview a pair of films that will be appearing in the 2017 Carnegie Mellon International Film Festival, an always-laudable collection of cinema from around the world curated by CMU students and staff.

In doing so, I saw a film I wish I would’ve seen last year. It certainly would’ve made my top 10 list.

Receiving its Pittsburgh premiere as the opening-night selection of the IFF, “I, Daniel Blake” is no stranger to fests; it won last year’s Palme d’Or at Cannes. The quiet, heartbreakingly restrained drama concerns the title character (played with humor and grace by Dave Johns, who is primarily a stand-up comic) as he faces an uncertain future: a heart attack has led his doctors to tell him he’s not capable of working. The powers that be disagree, however, and order him back to work, forcing him into a bureaucratic maze and increasing desperation.

Blake finds something of an odd-couple kindred in Katie (Hayley Squires), a single mother trying to get back on her feet. At first glance, “I, Daniel Blake” may seem like an indictment of public servants — those who might be disinclined to agree with the film’s broader themes have described it as such — but, in an era of austerity, there’s much more to this one.

“I, Daniel Blake” is nothing less than a furious screed against communal apathy and intractability. It’s an object lesson in reality, putting in stark and human focus the true nature of poverty, desperation and humanity. If you walk out of the movie not thinking that those in need should be given a clearer path to stability and health, I have concerns for the state of your soul.

Directed by Ken Loach — a previous Palme d’Or winner for the equally moving “The Wind That Shakes the Barley” — “I, Daniel Blake” is positively devastating but utterly essential. It’s a shame that there wasn’t more of a groundswell behind it around awards season (it did fairly well at the BAFTAs, as it was a much larger hit in Britain), because it should’ve been a Best Picture contender.

The rest of the festival is organized around a central theme, “Faces of Identity.” That can mean an upending of the old switched-at-birth narrative via explorations of gender and sexuality, as in the Brazilian drama “Don’t Call Me Son,” also receiving its Pittsburgh premiere; that can also mean an exploration of cultural and national identity in extremis, as in the Argentinian award-winner “El Futuro Perfecto,” the festival’s closing-night film.

In the case of the acclaimed documentary “The Eagle Huntress,” which I also had the chance to preview, that theme is rendered as the tenacious dedication to one’s personal choices, even if they are unprecedented. The beautifully shot tale depicts the life of Aisholpan, a 13-year-old member of a nomadic Kazakh tribe in western Mongolia. Aisholpan wants to follow in the footsteps of her father and grandfather, training wild-caught eagles to hunt foxes and other small animals; in a highly traditional society where most eagle hunters are the equivalent of swaggering cowboys, a teen girl taking up the mantle is somewhat unprecedented."

The film stretches its narrative a bit thin and doesn’t have much footage to back up its descriptions of Aisholpan’s hardships. Nevertheless, it’s an inspiring and charming portrait, loaded with vivid imagery of a remote location and way of life.

I wanted to focus this week’s entry on the festival, but here’s a quick roundup of new releases. The big-screen reboot of the “Power Rangers” franchise isn’t exactly good, but it’s better than it has any right to be. Strong performances from Elizabeth Banks (as the villain, Rita Repulsa) and Blue Ranger RJ Cyler — Pittsburghers will remember him from the local project “Me and Earl and the Dying Girl” — help to carry the film above the level of some recent revived properties. It’s far too long, with an interminable middle act — no one morphs for a good 90 minutes — but it starts and ends well enough. I wasn’t expecting much at all, so we’ll call that a win. Elsewhere, the space thriller “Life” is an acceptable (but decidedly forgettable) knockoff of “Alien.” Astronauts aboard the International Space Station discover microscopic Martian life, they decide to wake it up, it starts growing, you can imagine the rest. Ryan Reynolds and Jake Gyllenhaal add star power, and the film has a good number of decent scares; it’s a little clunky and convenient (most of the running time is spent finding new things that cannot kill the beast), but it’ll do in a pinch. Finally, “Wilson” is a dramedy based on a graphic novel by Daniel Clowes, decidedly aping the cartoonist’s vastly superior work, “Ghost World.” A strong cast can’t make the title character, played by Woody Harrelson, anything more than utterly unlikable; feel free to skip this one.

The Montage: Believe it or not, there are still Oscar nominees only now arriving in Pittsburgh. “My Life as a Zucchini,” a festival darling which beat out the likes of “Finding Dory” for a Best Animated Feature nod, headlines a week of stop-motion animation at Row House Cinema. Click here for showtimes and tickets … The next film in the Reel 2 Real series, benefiting the Denis Theatre Foundation, is the 2016 drama “Little Men.” The event is this Sunday; info here … The The Tull Family Theater continues its semiweekly march through the “Harry Potter” series. “Harry Potter and the Chamber of Secrets” screens Saturday afternoon.