The Best Front Yard in America is Found in New Kensington 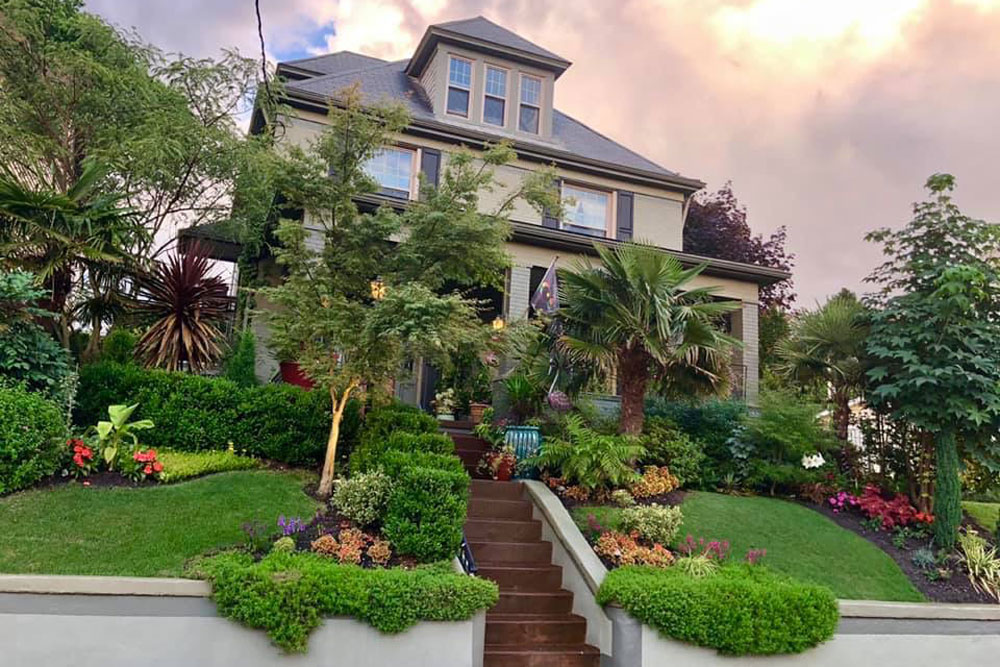 As a child, Kevin Prall got into trouble for staying up too late to read, but he wasn’t reading comics. He was reading plant books.

His studies paid off.

This month, Prall won Better Homes and Gardens magazine’s first “America’s Best Front Yard” contest. The landscaping of his New Kensington home is an attention-getter thanks to its lush, tropical look, which — in an oddity for Pittsburgh — features palm trees.

Prall, who was one of 10 finalists chosen from more than 900 entries, was named the winner after readers voted for his yard.

“I’m in shock. I’m in disbelief. I’m extremely humbled by it,” he says.

His interest in palm trees dates back years. A graduate of Colorado State University, where he earned a Bachelor of Science degree in landscaping horticulture, Prall lived in Florida from 2007 to 2010. It was there he began working with, and living among, palm trees. His love for them grew.

After moving to Pittsburgh in 2010 to take a position with Fox Chapel-based Eichenlaub Landscaping, where he serves as a landscape consultant, Prall knew he wanted to add palm trees to the traditional, four-square home he and his husband, Layne Bennett, purchased on Victoria Avenue. The home, built in 1912 and at the time only featuring grass in the front yard, was a blank slate.

While Prall says there are two specific varieties of palm trees — windmill palms and needle palms — that are hearty, Pittsburgh still isn’t quite warm enough for either. He began seeking out advice on how to keep palms healthy through a Pittsburgh winter. 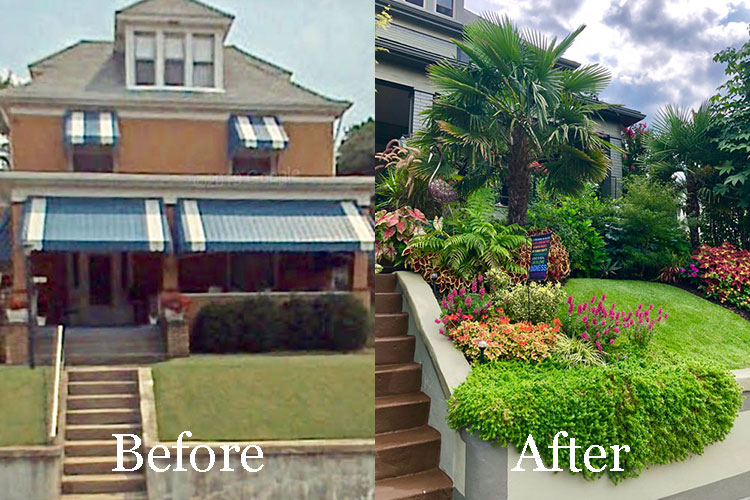 “I have learned a way and a methodology through a group I belong to on Facebook called Zone-Pushers, which helped me kind of figure out how to do this,” says Prall. “And so that’s what got me into growing them.”

The process Prall goes through to keep his palm trees healthy is long and complicated, but one he says is worth it. After two days of what largely consists of boxing the trees in styrofoam and using Christmas lights to heat them, Prall and his palm trees are ready to brave the winter.

“[The palm trees are] usually under cover, enclosed from about the 15th of November to about the first week of March, and then they’re out in the open. So the minute they’re out there, people notice them,” says Prall. “When the boxes come off, they know it’s spring.”

Prall adds that after the trees stayed alive during their first winter, everyone who doubted he would be able to do it was joyfully surprised.

“They were all pretty incredulous to say the least, just standing back, I think shaking their heads, but they all get it now,” he says. “They’re all actually pretty amazed by it, and I love that because I think it’s brought the neighborhood together because it’s this common, really neat thing that we always talk about.”

These days, Prall says a lot of the questions he gets about his yard regard the amount of effort it takes him to maintain it, something he doesn’t see as a burden.

“A lot of people say, ‘Oh my God, that is so much work.’ It has never ever been work. Not one day of it has been work. It’s been fun the whole time,” he says.

During the months when it is warm enough for the trees to be out in the open, passersby tend to stop and take in the view. After all, it’s not every day in Pittsburgh where one sees palm trees in a front yard.

“We get lots of people walking by — it’s increased traffic in a good way,” Prall says. “To me, that’s what gardening is all about — it’s about sharing and teaching people what you know. That’s the best part of it.”

It isn’t just walkers who stop to see his yard. Prall says drivers will slam on their brakes to get a look “because they can’t believe what they’re seeing.”

While Prall is thrilled he won the contest based on the aesthetic of his front yard, it holds a much deeper meaning for him.

“To me, I think it’s profound and it’s really important that we won in the case of New Kensington, because New Kensington being challenged — old, rustbelt, abandoned by industry years back, trying to come back is a tale of so many of our communities, especially in Pennsylvania and Pittsburgh itself,” Prall says.

“To me, for this to happen in the Allegheny Valley, is huge. It sends a message to so many people about how we can change, how we just have to jump in and do it and make it happen.

A lot people say ‘Why New Kensington? You could’ve gone anywhere.’ I’m going ‘No, there was value there. I saw it. I still see it and we’re gonna make it happen.’”