The Angry Birds Movie Is Just a Total Mess

Plus reviews of "The Nice Guys" and "Neighbors 2," as well as local movie news and notes. 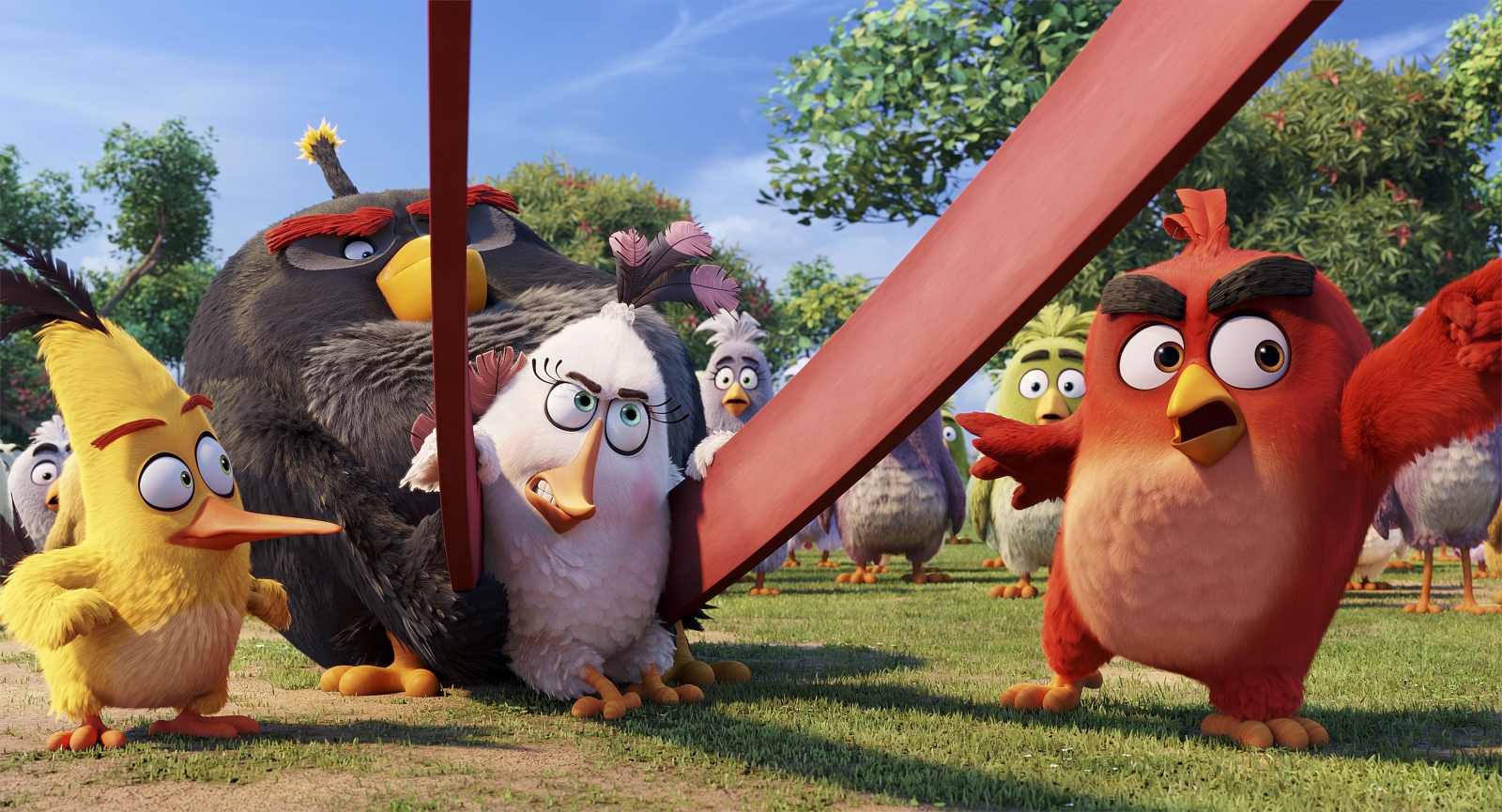 The creators of “The Angry Birds Movie” do not like you, or your children.

But your children — while undoubtedly at least engaged by slapstick and explosions — are indeed smarter than that.

As for you, they believe that you are not interested in seeing a family film that appeals to young and old alike via universal themes. Rather, they think that you will be placated when shepherding your flock to the cinema if they employ the vocal services of actors whom you enjoy — Bill Hader, Jason Sudeikis, Maya Rudolph, Peter Dinklage and more. They have not entertained the notion that you might prefer a fine film to a bad one with recognizable voices in it. They also think that you will be amused by the use of near-vulgarity, such as lead bird Red muttering, “Pluck my life,” and require little more than a few masked jokes for the grownups to enjoy your evening.

If they didn’t think all this, they might’ve tried to make a good movie. And instead, they adapted a nearly-plotless series of mobile video games into a movie that is itself woefully underwritten. There’s this one bird, he’s angry, all the other birds are happy, some evil pigs show up with bad intentions, only the angry bird can save the day and so forth.

In another era, the few legitimate laughs and 3D effects that “The Angry Birds Movie” offers might’ve been enough to give it a light pass. But in this era — an incredibly rich one for family film — “The Angry Birds Movie” sits so far below the average that I can only recommend you avoid it. Take the kids outside instead and count the days until “Finding Dory.”

To decidedly adult entertainments: “The Nice Guys,” starring Russell Crowe and Ryan Gosling as a pair of detectives, is a good movie that talked itself out of being a very good one. After an adult film actress turns up dead, detective Holland March (Gosling) is given a seemingly unrelated task — to track down the missing daughter of a government bigwig. Meanwhile, off-the-books enforcer Jackson Healy (Crowe) is paid to get March off the girl’s back. In short order, however, they tie the missing girl to the dead one — and a bunch of other unsavory circumstances. When “The Nice Guys” is given clearance to toe the line between buddy-cop caper and period mystery, it does quite well; Crowe and Gosling are a great duo. Unfortunately, the metatext of the film is all about children and innocence (they grow up too soon, after all), and that means that March’s daughter, Holly (Angourice Rice) is a key character, present for nearly every moment of tension. When she’s onscreen, the film devolves into a tonally dissonant mess, more appropriate for a TV flick on ABC Family than an R-rated action comedy. The good stuff is good enough that I’m still inclined to tell you to buy a ticket, but “The Nice Guys” could’ve (and should’ve) been better.

The track record is not good on recent comedy sequels, particularly where more raunchy fare is concerned. And while “Neighbors” was a funny, breezy romp, its too-soon sequel, “Neighbors 2: Sorority Rising,” is little but failed attempts at social consciousness and an array of jokes that miss. This time, it's a trio of freshmen girls that move in next door to Mac (Seth Rogen) and Kelly (Rose Byrne). After discovering that sororities aren't allowed to host parties, the students (Chloe Grace Moretz, Kiersey Clemons and Beanie Feldstein) decide to launch an outlaw sisterhood. Unfortunately, Mac and Kelly are trying to clear escrow and move into a new home they've already bought — and the new buyers aren't going to be pleased with the 24-hour party next door. Another civil war erupts, with former frat boy Teddy (Zac Efron) playing both sides. “Neighbors 2” desperately wants to be forward-thinking and is mainly concerned with proving that college women aren't given the same treatment as college men, but a number of badly-missed gags (some about very unsavory topics) undermine that effort. And worse, very little of the film is funny; this is definitely a case where every decent laugh appeared in the commercials. If you want comedy this weekend, “The Nice Guys” is a much better choice.

The Montage: Dormont’s Hollywood Theater would like to give you a day that recreates a moviegoing experience not seen in your lifetime (or, for many of us, our parents’ lifetimes.) Their 1948 Matinee opens with a live performance on the theater’s organ, followed by cartoons, shorts, and serials, just like the (quite) old days. The feature presentation is the hilarious “Abbott and Costello Meet Frankenstein.” Even better news: prices will reflect the era, as kids tickets are a quarter and grown-up seats are 40 cents. The concession stand will offer similar discounts. More info here … Meanwhile at Row House Cinema, they’re kicking off a week of Over the Top Action. The selections: “Bullitt,” “Bloodsport,” “Machete” and Sylvester Stallone in “Rambo: First Blood Part II.” They’ll also host the Rifftrax (think “Mystery Science Theater 3000”) edition of the arm-wrestling flick “Over the Top.” Info and showtimes here … The description of “Tale of Tales” on Pittsburgh Filmmakers' website says the movie’s style “makes Tim Burton seem tame.” That has my curiosity piqued. The Italian film collects three adaptations of 17th-century fables; showtimes and info here.