The Alien Series Jumps the Shark with Covenant

Reviews of "Alien: Covenant" and "Everything, Everything," as well as local movie news and notes. 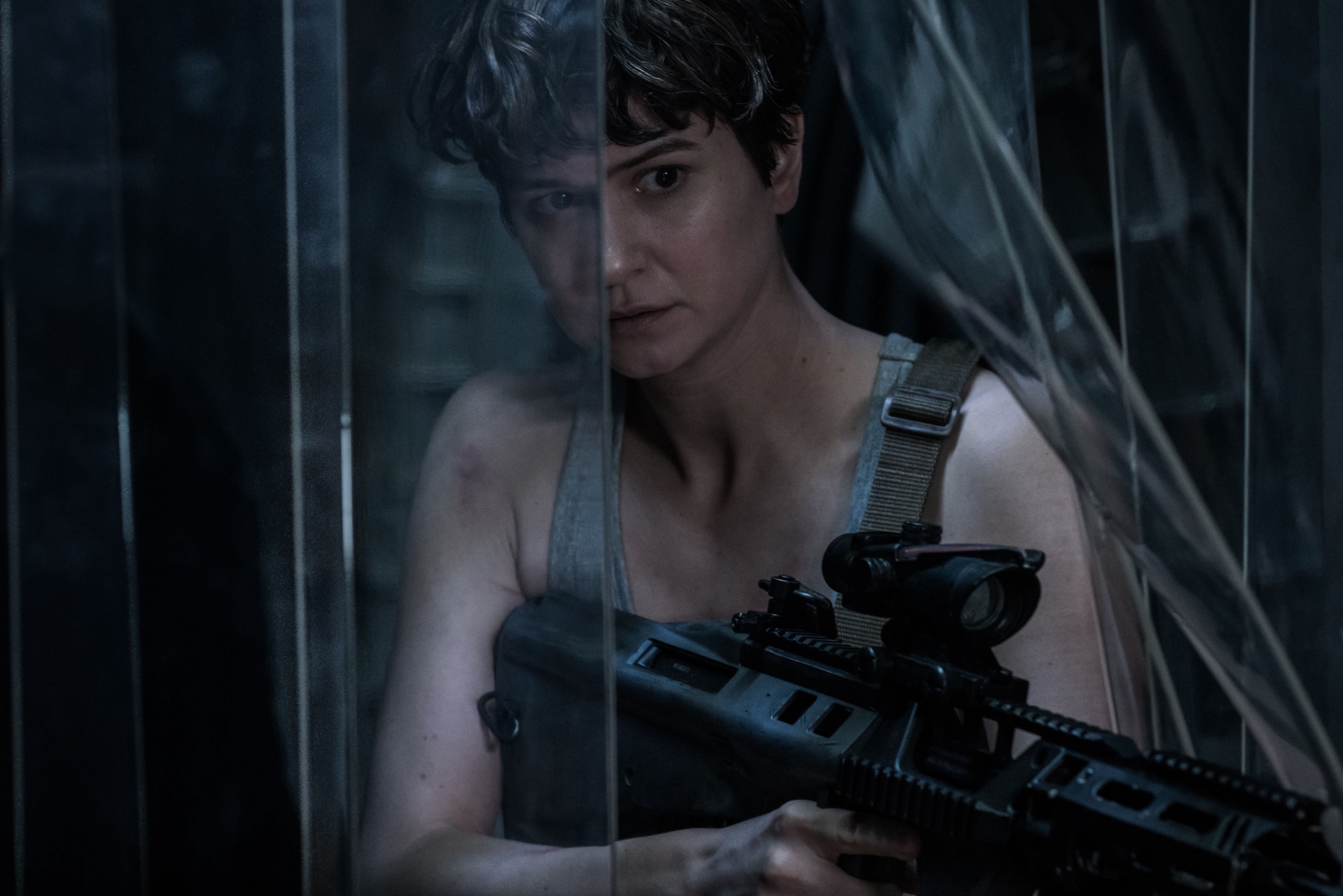 So: When you saw Ridley Scott’s horror classic “Alien,” did you find yourself thinking, “You know, this masterpiece of suspense and primal fear is pretty great, but until I know precisely how these creatures evolved and moved about the galaxy, I just won’t feel complete!”

No. No you didn’t. Because that would be a ridiculous thing to think.

That’s why it’s so good; they’re trapped with the thing, and it is kill or be killed. It could take place at the bottom of the ocean, in a forest cabin or on a desert island — the setting is not the source of the terror, the confinement is.

And yet someone (the someone is Ridley Scott) thinks we really, really want to clear up the dull mystery of his beasties’ provenance. It’s a project that began with 2012’s “Prometheus,” which was something of a surprise prequel; the marketing did not make it explicit that fans could expect a distant predecessor to the 1979 film, but word did get out. That film did well enough to warrant a sequel, so here we are.

Unfortunately, “Alien: Covenant” (by the way, I have linked to a tie-in “Rick and Morty” short about the film in lieu of a trailer, since the trailers are either inaccurate or too violent for this venue) does not build a bridge between “Prometheus” and “Alien.” Rather, it takes the story in increasingly absurd and labyrinthine directions (presumably to better serve Scott’s stated desire of making between one and six — yes, six — more prequels).

Aboard the starship Covenant, a crew and settlers slumber, bound for a far-off planet; they’ll be establishing a colony in a few years. Only pleasant android Walter (Michael Fassbender, kinda reprising a role from “Prometheus”) is awake, until an accident claims several lives and rouses the team. The ship can probably still make it to its far-off destination; on the other hand, a seemingly habitable planet nearby is emitting a mysterious signal.

Spoiler: Things don’t go too well from there.
​
Fassbender tries to make the most of his role, and Billy Crudup and Katherine Waterston turn in fine performances. But while the atmosphere and tone of “Covenant” has a certain effectiveness, the story is by turns cockamamie and dull. When the film is doing much of anything, it is providing absurd answers to questions no one asked.

And the effects are terrible.

Diehard fans of the franchise will no doubt find cause to enjoy it, but anyone without at least one xenomorph action figure in their home should steer clear.

The small subset of films dealing explicitly with remarkably sick and/or dying teenagers has produced just one great film (“Me and Earl and the Dying Girl”) and one actual box-office hit (“The Fault in Our Stars”). Nevertheless, authors keep writing books about teens in slow-burning yet mortal peril, and studios keep adapting them. The latest is “Everything, Everything,” from the book by J. Mills Goodloe. It’s well-directed, in a sophomore effort by Stella Meghie; its young leads, Amandla Stenberg (“The Hunger Games”) and Nick Robinson (“Jurassic World”), are charming and relatable. Unfortunately, it’s a dreadful story; she has a rare immune disorder that doesn’t allow her to leave her home, they start a courtship through text messages, yada yada yada (until it gets really kooky at the end). It’s broad, direct and eventually preposterous; it’s as though someone sat down explicitly to write a sick-teen novel and didn’t know how to do it. (Which is probably what happened.) Unless you are a 10th-grader looking for a cinema in which to clandestinely make out, forget about this one.

This second annual 3 Rivers Screenwriters Conference is this weekend, and it boasts an impressive lineup of Hollywood talent. Ashley Edward Miller, a producer and screenwriter with credits such as “X-Men: First Class” and “Thor,” will be among the speakers, as will Jill Blotevogel, one of the creative forces behind MTV’s “Scream” series. Christopher Lockhart, a story editor at top agency WME — one of the guys who truly knows how to get some attention for your script — is on the docket as well. Click here for info on the weekend’s events and to find out how to get in.

The Montage: As we reported earlier this week, the Rangos Omnimax Theater is set to close this July. The beloved domed theater has been a centerpiece of the Carnegie Science Center for 25 years; it’ll be replaced by the Rangos Giant Cinema, a state-of-the-art new digital screen featuring Dolby Atmos surround sound, unmatched in the region. Unlike its predecessor, the new theater will show occasional Hollywood fare … Nothing but big hits as part of Row House Cinema’s Tarantino Week, which will feature “Pulp Fiction,” “Reservoir Dogs” and both halves of “Kill Bill.” Details and showtimes here … Tonight at the Hollywood Theater, the 4th annual Twin Peaks Party will feature a performance from the Lynchian band Silencio, damn fine coffee and pie and much more. It’s happening just in time for the long-awaited return of the “Twin Peaks” TV series, scheduled for this Sunday — and for which I am more excited than any television event in my lifetime. (Consider yourself lucky I didn’t just replace this post with 8,000 words on “Twin Peaks,” which I could do in my sleep.) Tickets here.