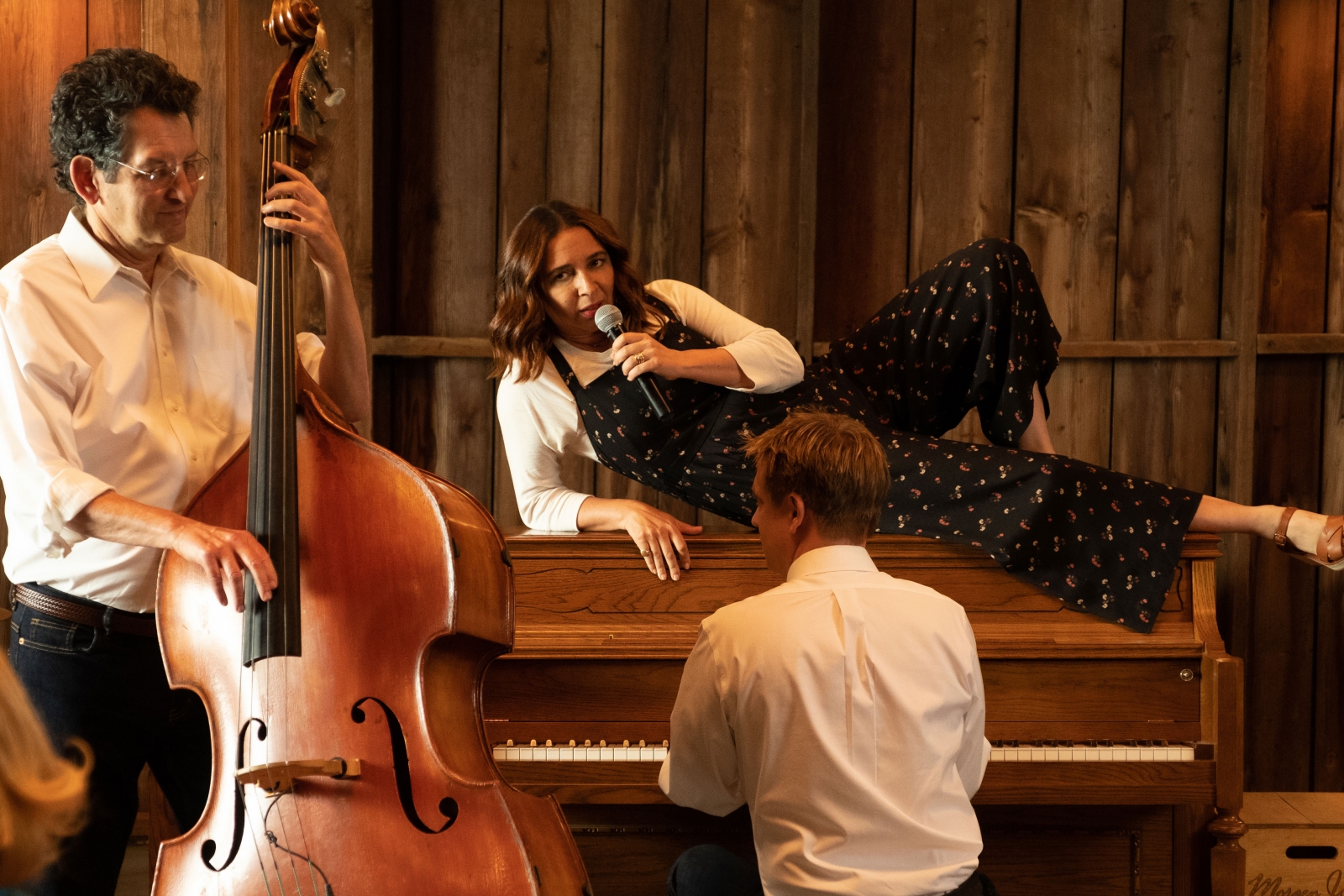 So what am I looking at here?” asks Tammy (Tina Fey), sizing up a group of women who have rented a house for a weekend. “High school tennis team? Old dance crew? You all magically fit in the same pair of pants? What brings us together?”

It’s a loaded joke. When a group of men walks onto screen together, it’s expected; it means that a light comedy is in the offing, and friendship is the topic. No explanation is required.

Such buddy pictures are few and far between, however, when it comes to female friendships, still one of the most underrepresented slices of subject matter in mainstream comedy — and, as the reference to the teen drama “Sisterhood of the Traveling Pants” indicates, when we do get to see women forging friendships, they’re usually not old enough to vote.

“Wine Country,” directed by (and starring) Amy Poehler, is the refreshing alternative: A film about adult women, figuring out the tricky business of friendship during middle age, with romance and sex serving only as occasional slices of the subject matter. It’s shameful that there aren’t more movies like this.

Fortunately, a full lineup of comic stars turned out for this one. It’s Rebecca’s (Rachel Dratch) 50th birthday, and Abby (Poehler) is determined to arrange a picturesque weekend for their old gang. This in spite of their various grown-up hurdles: Naomi (Maya Rudolph) is worn down by a fleet of hyperactive children, Val (Paula Pell) is perennially unhappy in love, Catherine (Ana Gasteyer) can’t get away from work and Jenny (Emily Spivey) simply hates leaving the house.

Despite the presence of a blunt homeowner (Fey), an invasive hipster chef (Jason Schwartzman) and a condescending psychic (Cherry Jones), things start swimmingly. As the alcohol, proximity and itinerary take hold, however, the keep-it-together veneers of adulthood start to fade; before long, the women are at each other’s throats.

“Wine Country,” with a script from Spivey and Liz Cackowski, is remarkable for its honesty: There are no fanciful, wacky set pieces here, and certainly no hacky, obvious gags. (It stands in sharp contrast to another new release, “Poms,” in that regard.) This is an effective comedy, but it’s also a compellingly true look at the way we interact with one another.

Don’t feel like you’re showing up for a heart-to-heart chat, though. The lineup of comedy talent in “Wine Country” is impeccable. You’re gonna laugh.