The comic-book villain's solo outing is a big, goofy mess. 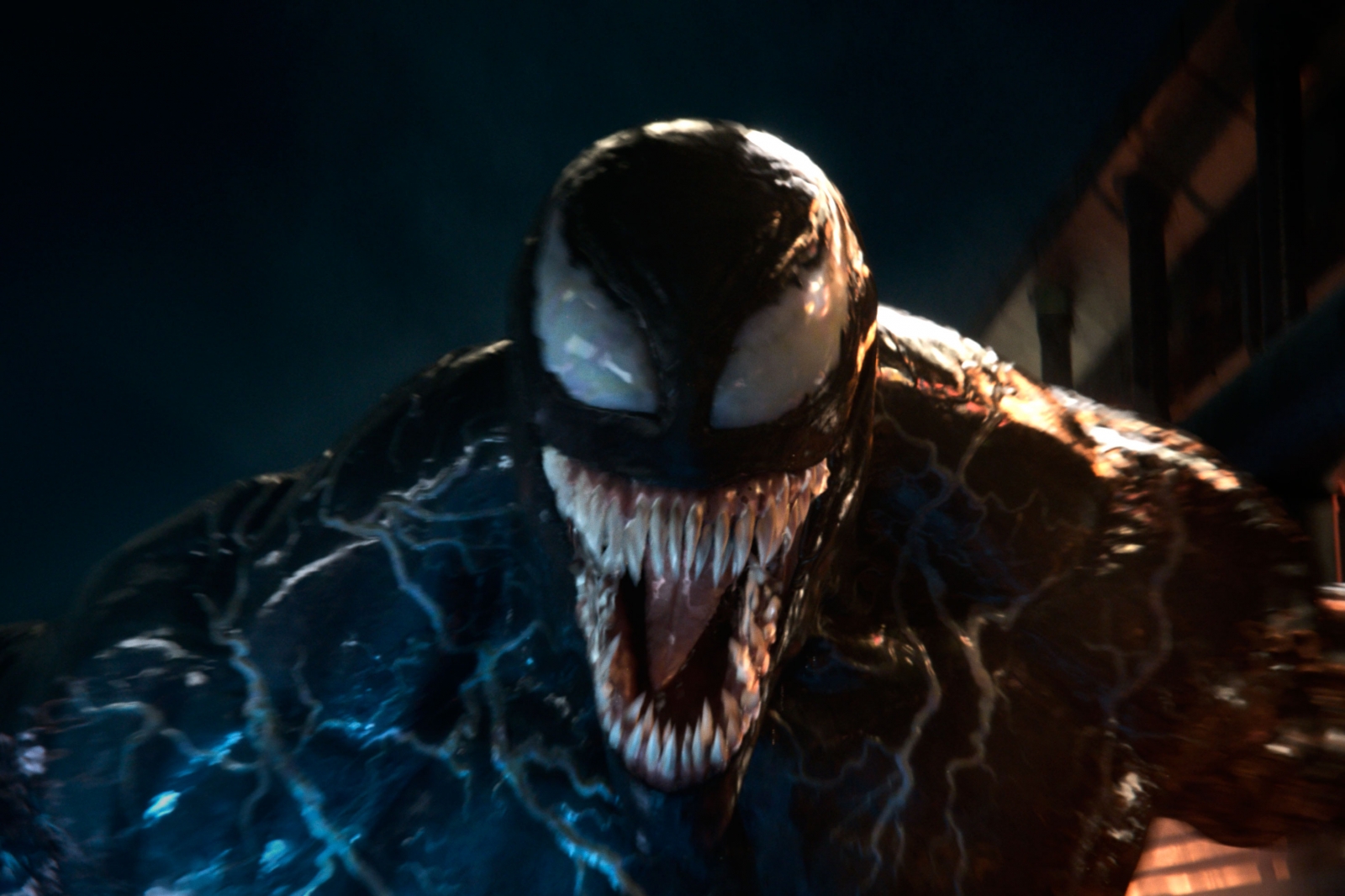 Does a slightly exasperated sigh count as a movie review?

I think it does. I just can’t find a way to stretch one into 400 words.

The symbiote Venom, an alien foe of Spider-Man introduced in the late 1980s, is one of the Marvel Comics characters still outside of the Disney/Marvel Cinematic Universe umbrella. His web-slinging rival is now an Avenger. The X-Men, the most successful extracurricular Marvel stars, are packing boxes with the rest of 20th Century Fox, bound for the Disney mothership. Even Deadpool is now reporting to the Mouse House, at least indirectly.

Sony Pictures, against all reason and logic, continues to try and make something out of the “Spider-Man” universe. They could accept a GDP-size payout and cut bait, but instead, we have “Venom.”

Through some wildly over-long machinations, we meet our principals: Eddie Brock (Tom Hardy), a gonzo investigative journalist for the YouTube age; Carlton Drake (Riz Ahmed), the Bezos-esque head of a multifaceted, sinister conglomerate; and Anne Weying (Michelle Williams), a high-profile defense attorney representing Drake, who just so happens to be Brock’s girlfriend.

When Brock confronts Ahmed about shady pharmaceutical tests, he and Weying both lose their jobs; Weying, understandably, leaves him. Fortunately, walking ex machina Dora Skirth (Jenny Slate) brings Brock in to expose Drake’s misdeeds, which include testing an alien symbiote on human subjects.

The problems are innumerable but among the largest: The script is awful, vacillating between cliche and pure nonsense; Hardy’s unhinged performance desperately needed to be reined in and was not; the Venom character is a cartoonish, computer-generated pile of slop, making the scenes where it interacts with humans look like “Who Framed Roger Rabbit” (not in a good way); at one point Michelle Williams turns up as a symbiote with big, gooey alien breasts.

The best thing I can say for “Venom” is that it’s so ridiculous that it’s worth watching as a train wreck. On the strength of the source material, it does argue for the viability of the character — when, inevitably, the rights to the property return to Marvel. Which cannot happen soon enough.