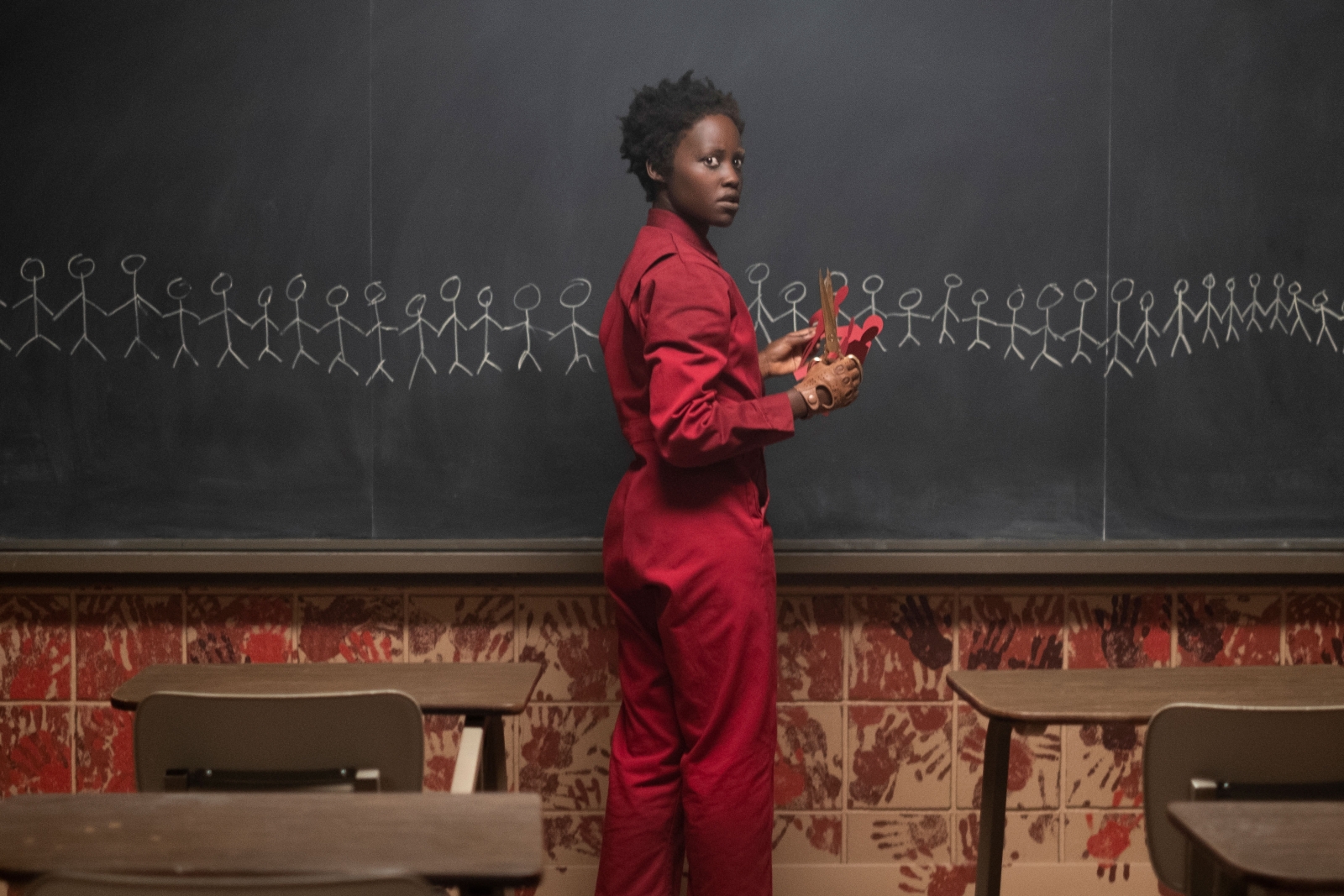 Writer, director and producer Jordan Peele had a tall order in crafting a sophomore effort. “Get Out” earned Peele an Academy Award, shifted the horror landscape and was immediately lauded as a milestone achievement. The second statement from the rising auteur undoubtedly bears the weight of immense expectations.

I’ll freely admit that I shared in the hype; I walked into a screening of “Us” buzzing with excitement that few, if any, sneak previews still manage to evoke in me. Two terrifying, troubling, thought-provoking hours later, I’m glad I can report that “Us” is as distinct and powerful a vision as “Get Out.”

Like its predecessor, it’s a nightmare — and essential viewing.

Adelaide Wilson (Lupita Nyong’o) suffers from post-traumatic stress, the result of a terrifying childhood incident; she wandered off at an oceanside fairground and got lost in a hall of mirrors, encountering a creature she believed to be her doppelgänger. She’s kept this incident hidden from her family — affable if goofy husband Gabe (Winston Duke), aloof daughter Zora (Shahadi Wright Joseph) and fragile son Jason (Evan Alex) — even as they return to her family’s vacation house near the scene of the incident.

Under the pressure, she confesses her fears to her husband — just in time for her now-grown double to show up in the driveway with similar copies of the whole family in tow. “Us” wastes no time playing with hints of the impending frenzy; the doppelgängers, which are dubbed the Tethered, are at the Wilsons’ throats almost instantly.

In powerful and uncanny performances, the full cast — also including memorable supporting turns from Elisabeth Moss and Tim Heidecker — plays both versions of themselves. They’re all good; Nyong’o is otherworldly. As both Adelaide and her double, Red, Nyong’o taps into a deep well of fear, rage and trauma. I’m at a loss to fully describe this performance; it is sublime.

So what’s the movie actually about? I think that “Us” defies easy explanation as direct allegory; there are tantalizing hints about an overarching metaphor, but I believe it to be a horror film first and a statement second. Nevertheless, there is plenty of commentary to be found in Peele’s script. The moment that may be the key to unlocking “Us” comes early: Soon after the arrival of the Tethered, Gabe pointedly asks, “What are you people?”

After some consideration, Red blankly replies: “We are Americans.”