It's a passable future-shock thriller, but nothing to write home about (or rush to see). 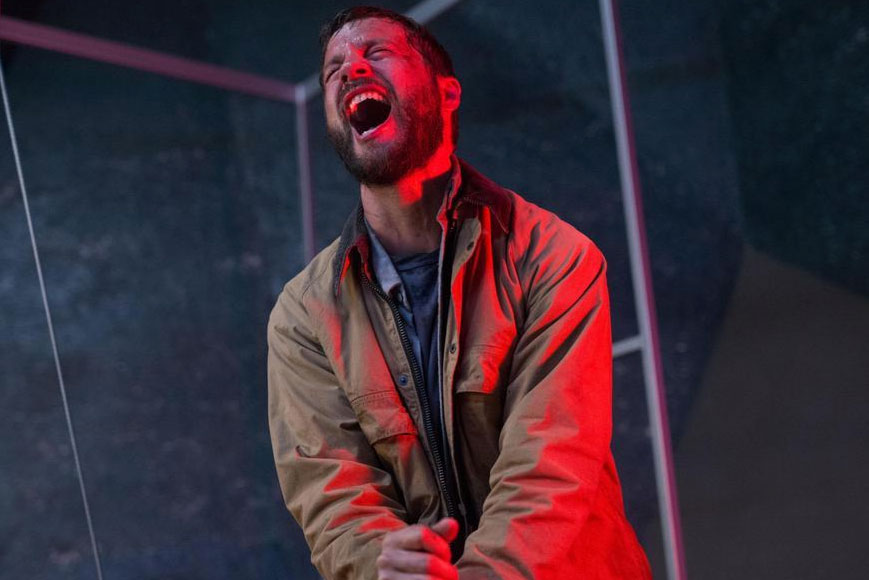 That’s the “Black Mirror” for dummies premise of “Upgrade,” a passable action thriller from writer/director Leigh Whannell. In the near future, luddite mechanic Grey Trace (Logan Marshall-Green) (I assure you I made up neither the character name nor that of the performer) is paralyzed, and his wife (Melanie Vallejo) is killed, in a seemingly random assault.

An eccentric tech mogul (Harrison Gilbertson) says Grey can reclaim the use of his limbs through an experimental implant. The surgery is a success; Grey is surprised, however, when the implant begins conversing with him. Not only does the embedded AI have some specific goals to achieve (mostly related to tracking down Grey’s assailants), but it can also take over his movements on command, turning Grey into a whirling dervish of precise assault.

To those performances: The only one that truly matters is Marshall-Green, a poor man’s Joel Kinnaman (and thus a penniless man’s Tom Hardy). The television veteran has moments of charisma and stretches of bewildering awkwardness; recalibrated, that might’ve meant a memorable character. (Gilbertson and lesser baddie Benedict Hardie are creeps from central casting, but that works in a film such as this.)

The experiment with allowing Whannell behind the camera has not proven fruitful. The longtime James Wan collaborator has a couple of strong horror scripts (“Saw,” “Insidious”) under his belt — look for an Easter Egg reference to the “Saw” franchise — but his freshman directorial effort, the third “Insidious,” was a miss. “Upgrade” is better but won’t convince anyone that he should remain in the director’s chair.

And so to the fights: This brand of quick and easy action lives and dies on the thrills of combat, and “Upgrade” at least has some fine moments. Grey’s lack of control as his AI wreaks havoc is conveyed visually with an interesting stabilizing effect, the room dashing around our seemingly motionless hero; cinematographer Stefan Duscio may be the true star, here. These sequences are just good enough to carry you through 95 minutes of “Upgrade” — after which you’ll forget them immediately.