The UglyDolls are the latest line of toys to get the big-screen treatment. 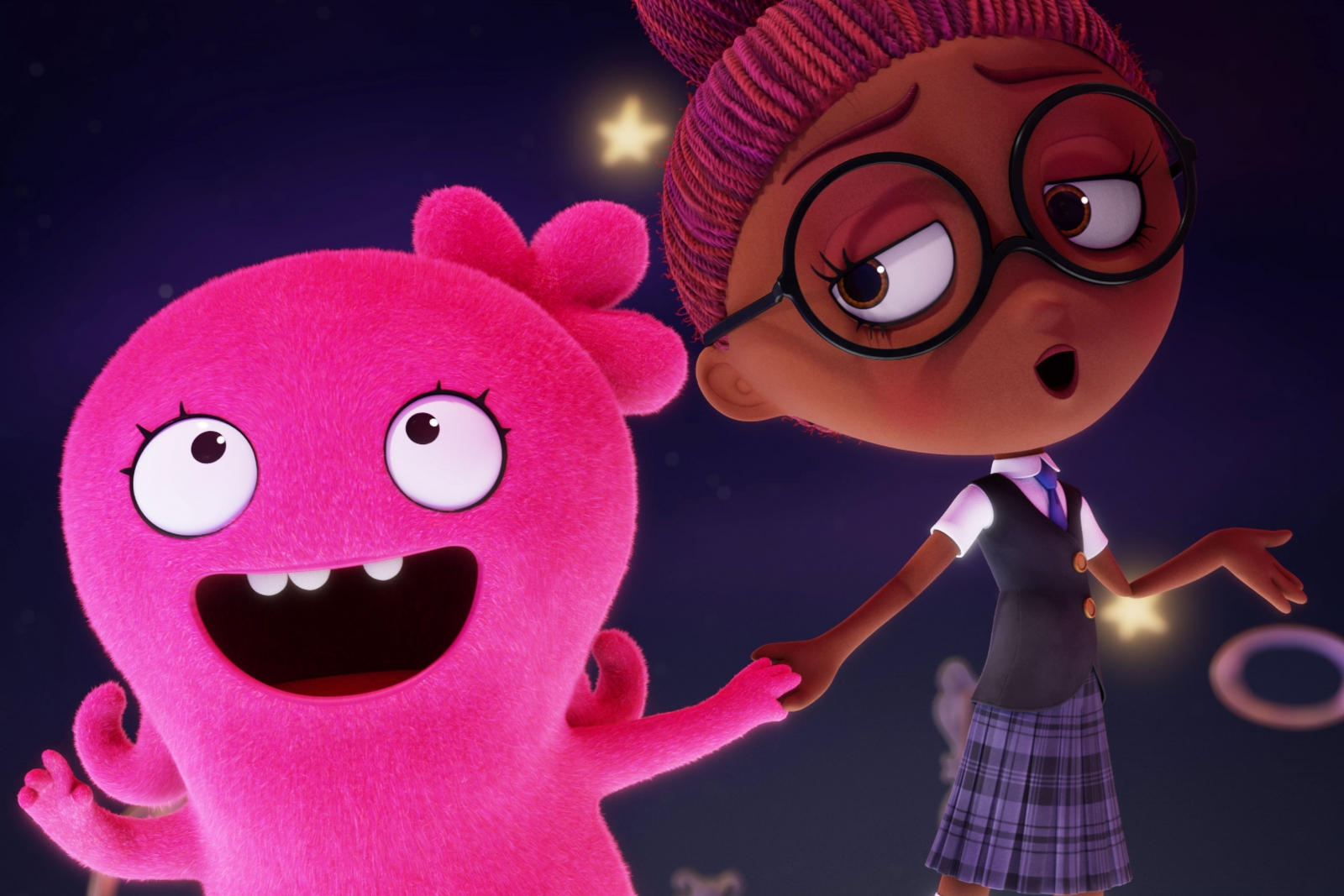 The music in “UglyDolls” is pretty darn good.

The soundtrack for the family feature, populated by bubblegum pop with occasional hints of R&B, is an easy winner — thanks mostly to the bevy of radio hitmakers who provide the voice cast for the film. Kelly Clarkson and Janelle Monáe give the lead performances, with supporting players including Nick Jonas, Pitbull, Blake Shelton, Charli XCX, Bebe Rexha and Lizzo. It’s practically a “Now That’s What I Call Music” compilation.

The problem, though, is everything in the movie that isn’t a song.

Moxy (Clarkson) is a charming pink whatsit and the most relentlessly positive resident of Uglyville, a haven for rejected dolls. Despite the protestations of town mayor Ox (Shelton) and de facto therapist Lucky Bat (Wang Leehom), she is determined to explore beyond the town’s borders.

After leading an expedition into a cliffside drainpipe alongside a group of pals — also including Wage, a Wanda Sykes-voiced chef — she discovers a place called Perfection, where normal dolls train for deployment. It’s overseen by a maniacal heartthrob, Lou (Jonas), who is determined to keep misfit dolls in their place.

So yeah, more or less every us-against-them kids’ flick ever, tied into a product line with even less backstory than the Angry Birds. (At least they had an objective, even if it was “protect eggs.”) There is the tiniest hint of body positivity tucked into the back half of “UglyDolls,” but it’s so scant that it will hardly register with the young audience who might otherwise benefit from it.

Worse yet, “UglyDolls” is … well, more than a bit ugly. Even third-string works of wide-release animation, such as “Trolls” and “Ferdinand,” usually take the time to make sure their animation is lovely. “UglyDolls,” however, often looks like a bargain-bin DVD manufactured only to keep toddlers amused in the back of a minivan, with bland backgrounds and uninspired direction. Cynical moviegoers (and moviemakers) may not think the youngest audiences can tell the difference, but I assure you, kids know the difference between Pixar and plastic.

When Monáe is freed to go all out with the empowerment ballad “Unbreakable,” it’s pretty great. Ditto when Jonas gets his big villain number, “The Ugly Truth.” If you have kids, prepare for them to play those tunes quite a bit in the coming months. If you can, though, hide them from “UglyDolls” altogether. You’ll all be better off.

"UglyDolls" opens in wide release on Friday, May 3.