Netflix's action flick is pretty good. It's also exactly what the streaming service should be providing. 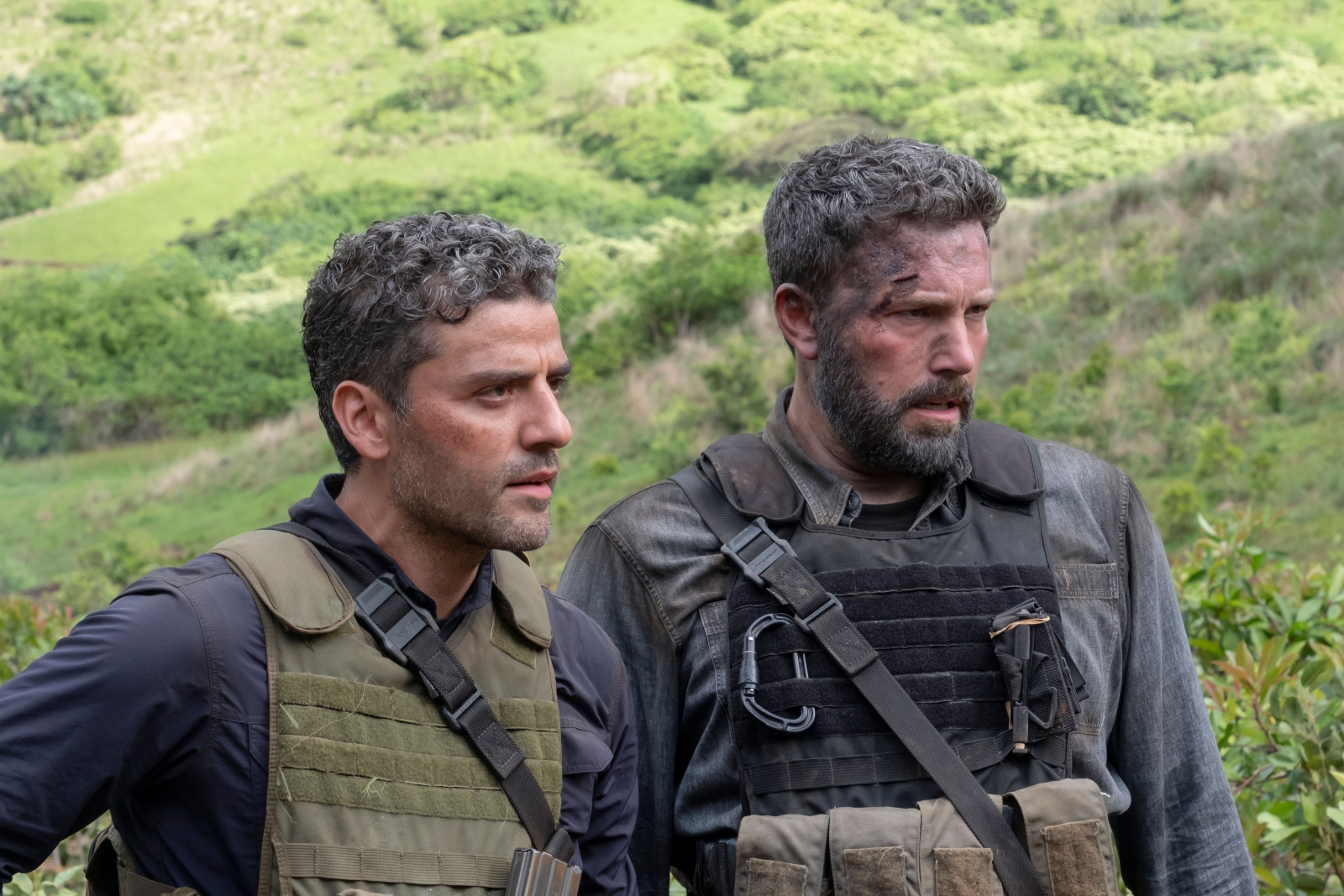 We do not quite know what the ideal Netflix-distributed movie should be, but “Triple Frontier” is pretty close — a highly watchable if not exactly fascinating action yarn. Its direction is sharp but not flashy; its performances are strong but not scene-stealing. It’ll pop up in your feed; you’ll watch it; you’ll enjoy it.

Directed by J.C. Chandor — previously of the Robert Redford solo effort “All is Lost” and the stylish, if muted, crime drama “A Most Violent Year” — “Triple Frontier” is a heist movie wrapped in a war movie’s clothing, an apt but never overwrought statement on the gradients between military and criminal.

Santiago Garcia (Oscar Isaac) is the last of his military buddies still regularly getting his hands dirty. When an operation in Colombia — and a desperate informant (Adria Arjona) — leads to the hideout of a notorious drug lord, he reaches out to his crew (Ben Affleck, Charlie Hunnam, Garrett Hedlund, Pedro Pascal) back in the Northern Hemisphere.

No one’s doing well, in spite of their wartime heroics; one is a low-level MMA fighter, another is a realtor. So the promise of a payday in exchange for eliminating a genuine bad guy draws the company to South America, where they’re met with a caveat: Their mission is unsupported by any government and is thus little more than a criminal enterprise. (Albeit a well-intentioned one.)

In practice, that makes “Triple Frontier” a somewhat typical series of unfortunate events; the plan goes slightly awry then very awry and things proceed from there. But what’s fascinating about the way it develops is how gradually and gently it forces its chief questions — which are big concepts of right and wrong, risk and reward, morality and utility — to the fore. Its subject matter creeps up, step by step, until you can’t help but consider it.

That success is probably attributable to a strong script by Chandor and “Hurt Locker” writer Mark Boal. It’s not without flaw; there are few twists that “Triple Frontier” takes that won’t be obvious 15 or 20 minutes in advance, and there’s an over-reliance on both dramatic gazes and obvious music beds. (Can we declare a moratorium on “Run Through the Jungle,” please?)

It’s an easily watchable picture, though, particularly with Isaac — who has ascended from quite-good to excellent in recent years — in the lead. Netflix: More of this, please.