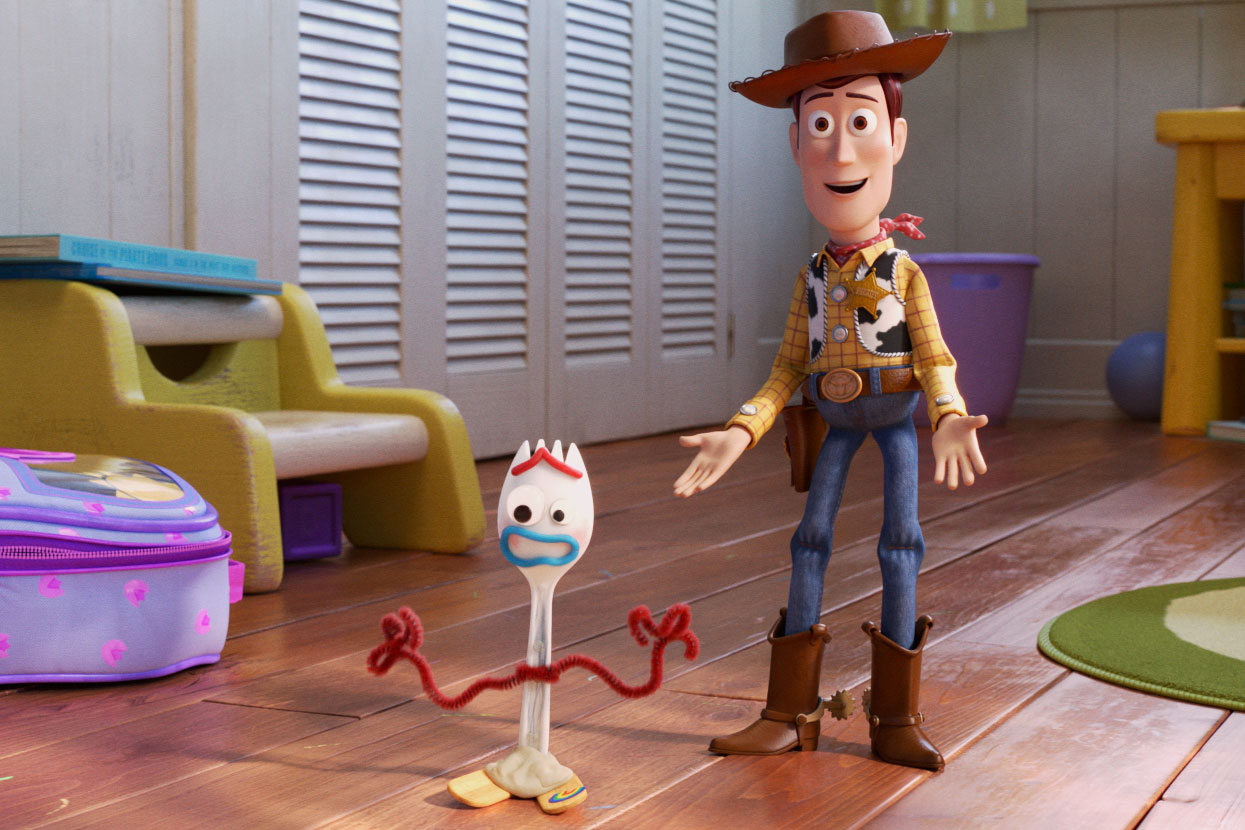 If we judge “Toy Story 4” — the pleasant, if superfluous, continuation of Pixar’s signature series — as a movie, it’s good. Not great, but certainly good; it’s often funny, always lovely, sincere and artful.

If we judge it as a Pixar movie, however, it’s subpar. The studio ushered in a sea change in animation, one to which its rivals — including in-house frenemy Disney — are only now rising. Yet for all its undeniable artistry, Pixar has a serious problem maintaining quality through sequels. “Toy Story 4,” though it easily surpasses the quality of many animated features, is no exception.

At the conclusion of “Toy Story 3,” which really would’ve nicely closed the book on these characters, Woody (Tom Hanks), Buzz (Tim Allen) and their sizable coterie were given to a new child, Bonnie (Madeleine McGraw). Now, Bonnie is starting kindergarten, and Woody is worried; he sneaks into her backpack and helps her overcome her jitters by crafting a crude figure out of discarded art supplies.

Unexpectedly, that creation comes to life as a reluctant toy named Forky (Tony Hale). Forky still thinks he belongs in the trash and tries to flee Bonnie at every turn; the little girl loves her makeshift companion, however, so Woody keeps dragging Forky back to the toybox. The new toy escapes during a road trip, leading to an adventure that will reunite Woody with long-lost love — no, really, the cowboy gets a porcelain love interest — Bo Peep (Annie Potts) and a confrontation with an obsessive pull-string doll (Christina Hendricks).

No expense is spared, particularly on lush settings including a terrifying antique shop — it’s surprising to note that “Toy Story 4” takes many pages from the horror playbook, including a blatant nod to “The Shining” — and a dazzling small-town carnival. The voice cast is staggering, with even minor roles filled by all-stars. Woody meets a group of aging toys voiced by Mel Brooks, Carol Burnett, Carl Reiner and Betty White; Keegan-Michael Key and Jordan Peele reunite to voice a pair of stuffed animals and provide the biggest laughs by far.

A loose metaphor about parenthood and independence comes and goes but lacks the resonance of the studio’s most evocative efforts — or, for that matter, “Toy Story 3,” the rare Pixar sequel with real heart. Still, it’s a fine and entertaining movie.

Just lower your expectations before you sit down.