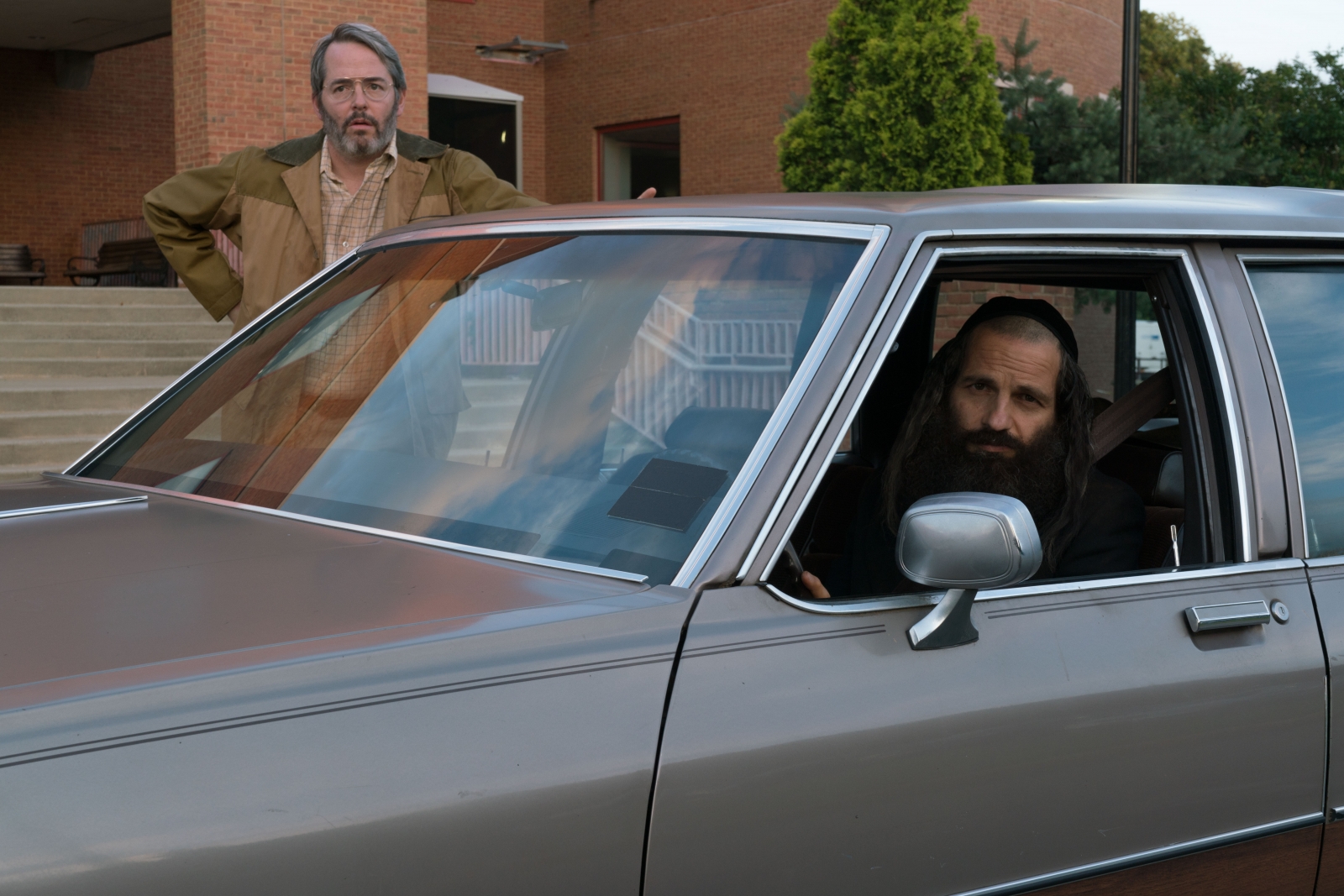 The leads of “To Dust” are, to say the least, a highly unlikely duo. When I saw Géza Röhrig’s moving, steely performance in the heartbreaking “Son of Saul,” I’m pretty sure that a dark-comic pairing with Matthew Broderick was not the next step I anticipated. Yet Röhrig excels in his sophomore effort, bringing hard-earned gravitas and genuine feeling — while Broderick provides pitch-perfect gallows humor."

The short version of the synopsis: Shmuel (Röhrig) has lost his wife to cancer, and he’s having a tough time dealing with it. The devil is in the specifics of his grief, however: He finds himself fixated on the physical realities of decay, with nightmares of a dissolving toe and unanswerable questions about the intersection of biological reality and religious dogma.

As an orthodox Jew, such questions — and indeed, any deviation from a grieving process that is both strictly codified and socially scrutinized — are forbidden, so Shmuel needs an outsider. Wandering into the nearest community college in search of a scientist, he finds Albert (Broderick), a sad-sack biology professor.

Given Albert’s initial reluctance, you’d hardly believe that the pair will be burying an unfortunate hog together in the second reel. (That is not a metaphor.)

The cliche with unlikely-bedfellows flicks is that the story is really about friendship; fortunately, that’s not the case with “To Dust.” This is entirely a film about grief — and one about all-consuming, distracting, disruptive grief. Shmuel cannot begin to process the loss of his wife and directs his socially inconvenient rage toward the absurdities of the mechanics of death, from the indignities of decomposition to the absurdity of high-end funereal products.

It’s curious and refreshing that it falls to Albert — a presumed agnostic who seems determined to avoid particularly deep thoughts about anything at all — to guide a man of deep faith and inexpressible feeling through this terrible journey. Two men, both unequipped, venture into the night with a pickaxe and a shovel.

Broderick has a natural inclination to highlight the ridiculous; as he becomes an increasingly infrequent on-screen presence, it’s a delight to rediscover his charms. Director and co-writer (with Jason Begue) Shawn Snyder exhibits a restraint that matches Broderick’s; while his script contains some unfortunate lapses into trope (and doesn’t quite do enough to make Shmuel’s wife more than a plot object), as a director, he shows immense promise with his debut feature.