The 400-Word Review: The Upside

Despite the best efforts of its stars, there's no good reason this tired formula needed another movie. 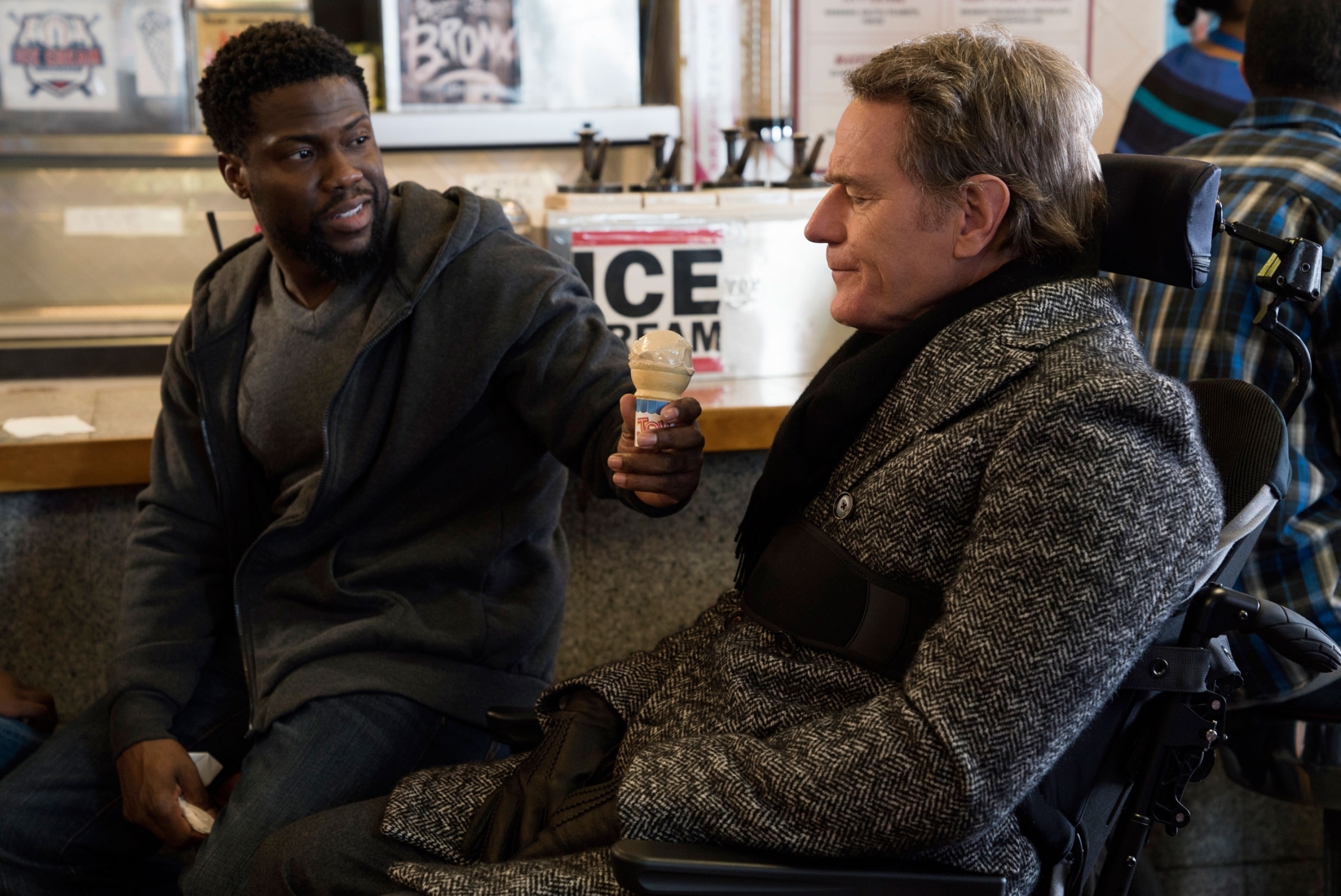 There’s a worthy debate raging about the racial politics of “Green Book,” the odd-couple dramedy about a black musician and a white chauffeur in the Jim Crow South. The newly anointed Golden Globe darling has been criticized for a reductive, pat take on American race relations.

A tired fable from replacement-level director Neil Burger, “The Upside” concerns another unlikely friendship, between Phillip (Bryan Cranston), a quadriplegic billionaire, and Dell (Kevin Hart), a ne’er-do-well who accidentally ends up employed as the rich man’s caretaker.

A list of the cliches “The Upside” engages in — most of them problematic — would be longer than this review. You can probably assume most of the beats of the plot from a glance at the poster, but for the sake of clarity: Dell is down on his luck, recently out of prison and without regular access to his pre-teen son. Phillip is miserable learning to cope with his physical limitations after a paragliding accident. When Dell gets lost on his way to a job interview, Phillip appreciates the younger man’s caustic wit and offers him a gig.

Dell is skeptical but takes the job as a means to support his son. There are (extremely mild) cultural faux pas and uncomfortable personal-grooming hijinks. Dell teaches Phillip lessons about embracing life. Phillip teaches Dell lessons about ambition and wealth.

How long has this narrative been stale, I wonder? “Trading Places” is generally well-liked. So about 30 years?

“The Upside” is based on the French film “The Intouchables,” itself adapted from a true story. Perhaps an incredibly reductive tale of cross-cultural understanding is less alarming on the continent, but through an American lens, it looks like nothing so much as a lazy attempt to gloss over all manner of societal inequities with a wink and a smile. (To say nothing of the even more exhausted narrative of a street-wise black man who floats into the radius of a wealthy white man to teach him how to live and love, a structure that should’ve died with the 20th century.)

Cranston and Hart (and Nicole Kidman, in a what-the-hell-are-you-doing-here role) do everything they can to find charm, but they’re trying to make a pie from rotten fruit. “The Upside” never should’ve been made.