The 400-Word Review: The Silence

Netflix's new horror film has a plot unfortunately similar to a giant hit. Can it succeed in spite of that bit of bad luck? 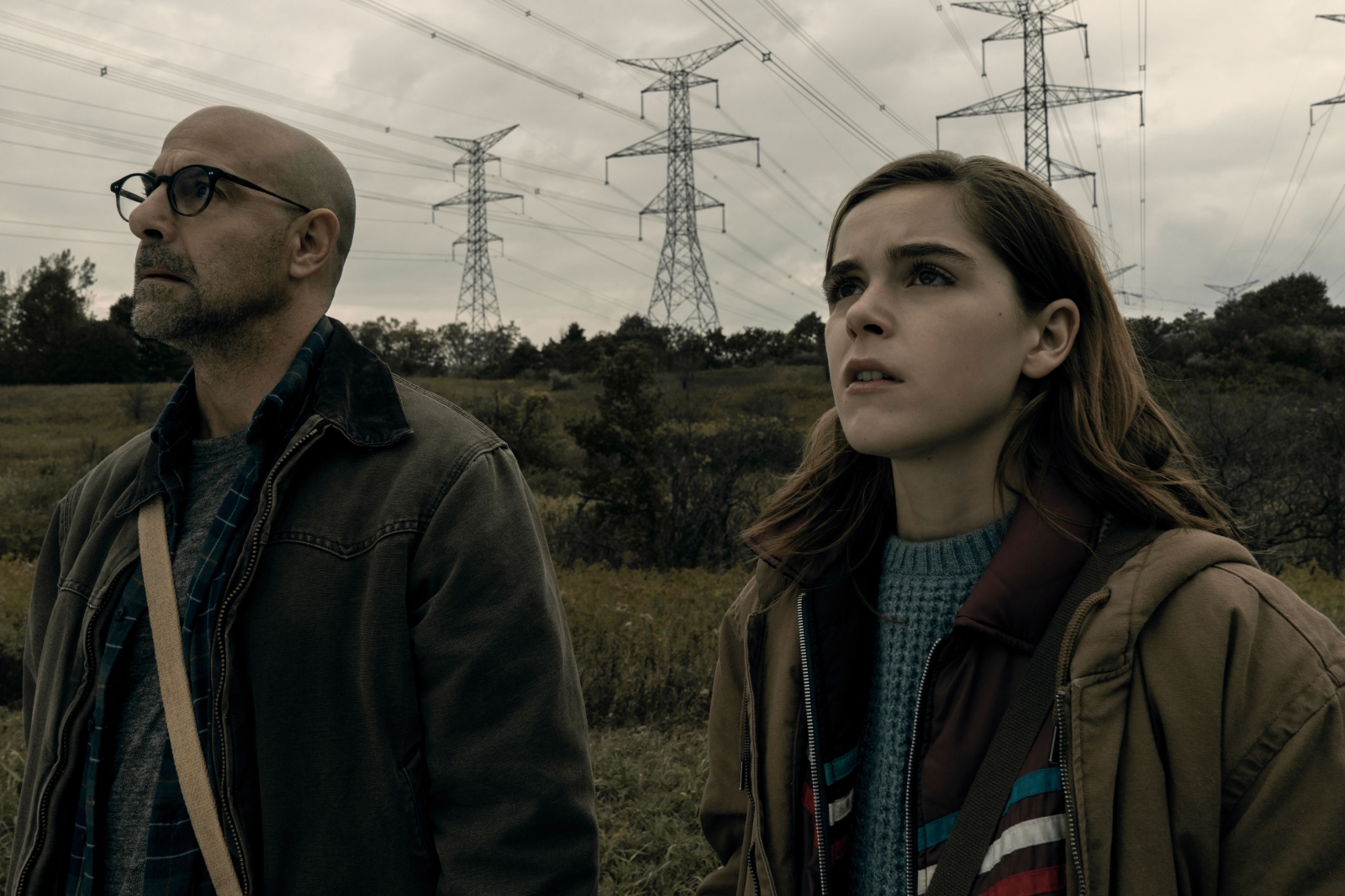 Right off the bat: Yes, “The Silence” has a premise oddly similar to that of horror favorite “A Quiet Place.” Based on a 2015 novel and filmed before the latter film, “The Silence” had the misfortune of watching its unwitting rival become a colossal hit, making any movie where characters avoid peril through quiet seem like a rip-off.

It’s not an imitation, just a coincidence. And there are plenty of flaws in “The Silence,” unnecessary and inconsistent voice-over chief among them. I found myself enjoying it, though — a product of simple and reliable structure.

A too-perfect family — played by Kiernan Shipka, Stanley Tucci, Miranda Otto, Kyle Harrison Breitkopf, John Corbett and Kate Trotter — flee their home after the arrival of a particularly violent invasive species. Freed from a subterranean cave by unfortunate spelunkers, the flying creatures (dubbed “vesps” in the film) hunt prey by sound, swarming and devouring their targets like airborne piranhas. Also: There are millions of them. Also: It’s very tough to kill them, since things like guns and flamethrowers tend to make noise.

Our Jerseyite family tries to head inland, intending to take cover in a small town — ride out the apocalypse in the Poconos! — but is quickly overtaken by the swarm. There’s also the pressing matter of a silent doomsday cult which has arisen in the creatures’ wake.

Let’s not be overly polite: A lot of “The Silence” doesn’t work. The aforementioned narration is clunky and unnecessary. The effects are unconvincing; we really shouldn’t have ever had a clear view of the creatures, which recall Pterri from “Pee Wee’s Playhouse” more than a sinister monster should. Tucci’s performance is oddly subdued; it’s as though he was trying to project strength for his family which would later break, but the script never gets around to challenging him.

And yet, perhaps because “The Silence” sticks to the creature-feature plot structure established by “The X-Files,” I enjoyed it well enough. We see the discovery of the creatures; we meet our characters; our characters learn about the chaos; they try to survive. It’s efficient, it moves, it works for easy, home viewing. And, while I’m not sure why Shipka’s character needed to be deaf (the filmmakers were criticized for not casting a deaf actress), her performance has a spark to it. Bad effects aside, “The Silence” is a suitably creepy way to spend an evening.

"The Silence" is streaming now on Netflix.