Slapstick gags and wacky animals are usually funny. With a slapdash sequel, that might not be enough. 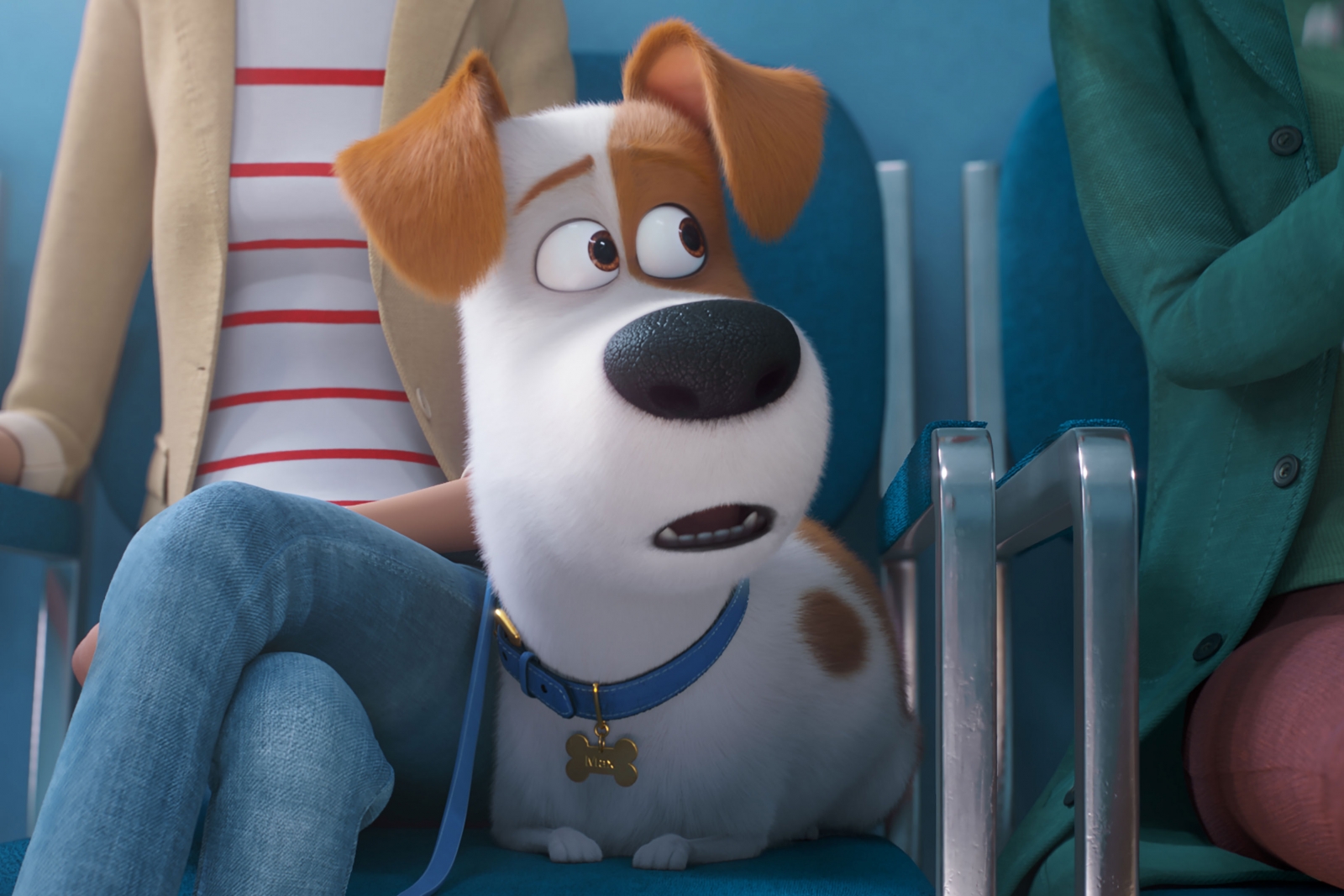 The 2016 animated comedy “The Secret Life of Pets” riffed on animal behavior and proffered enough wacky action to produce a decent film and a moderately sized hit. A big bit of business stood in the way of a sequel, however; the lead pup, a Jack Russell named Max, was voiced by Louis C.K., the now-disgraced comic who certainly shouldn’t be appearing in children’s films. (And, arguably, anywhere else for the foreseeable future.)

Max, now voiced by scandal-free comic Patton Oswalt, is back to tangle with a new disruption. In the first film, he was coping with the arrival of a second dog, a goofy Newfoundland named Duke (Eric Stonestreet); now, his owner (Ellie Kemper) has a husband and a baby — with whom Max is smitten and immensely protective.

Too protective, as it turns out; his stress over the tot’s safety is giving him anxiety symptoms. The family heads to the country to unwind, where Max meets a stately sheepdog (Harrison Ford) and learns some confidence. Meanwhile, rabbit Snowball (Kevin Hart) and Shih Tzu Daisy (Tiffany Haddish) rescue an abused circus tiger, and Pomeranian Gidget (Jenny Slate) attempts to recover a beloved toy from a cat lady’s apartment.

While these tales resolve, somewhat, into a grand finale, they’re ultimately disconnected stories; it feels like they were elements of an anthology that were hastily stitched together. The lack of an overall plan is obvious at a number of points. The film opens and closes with wistful shots of a fairytale New York City — “Empire State of Mind” even plays over the opening credits — indicating that the sequel will follow the love-letter-to-Manhattan trope. Yet the action swiftly relocates to a rural farm; the film does not attempt to make any country dog, city dog commentary, it just lets the disparity pass without comment.

The less said about the multiple cloying mid-credit sequences, the better. If you’re splicing in YouTube videos of dogs being funny, we know you’re desperate for extra laughs.

Still, it’s often funny. Parent company Illumination Entertainment made its name on the slapstick of the ubiquitous “Minions” characters; while the yellow creatures have themselves grown trite, the “Pets” films have crafted animals lovable enough to make the gags work. You’ll laugh. The highlight of the film, though, is an aggressive turkey — and no movie that peaks with funny gobbling noises can be called a winner.

"The Secret Life of Pets 2" opens in wide release on Friday, June 7.