The 400-Word Review: The Predator

The latest visit to the action franchise is a noble try, but ultimately a bit of a mess. 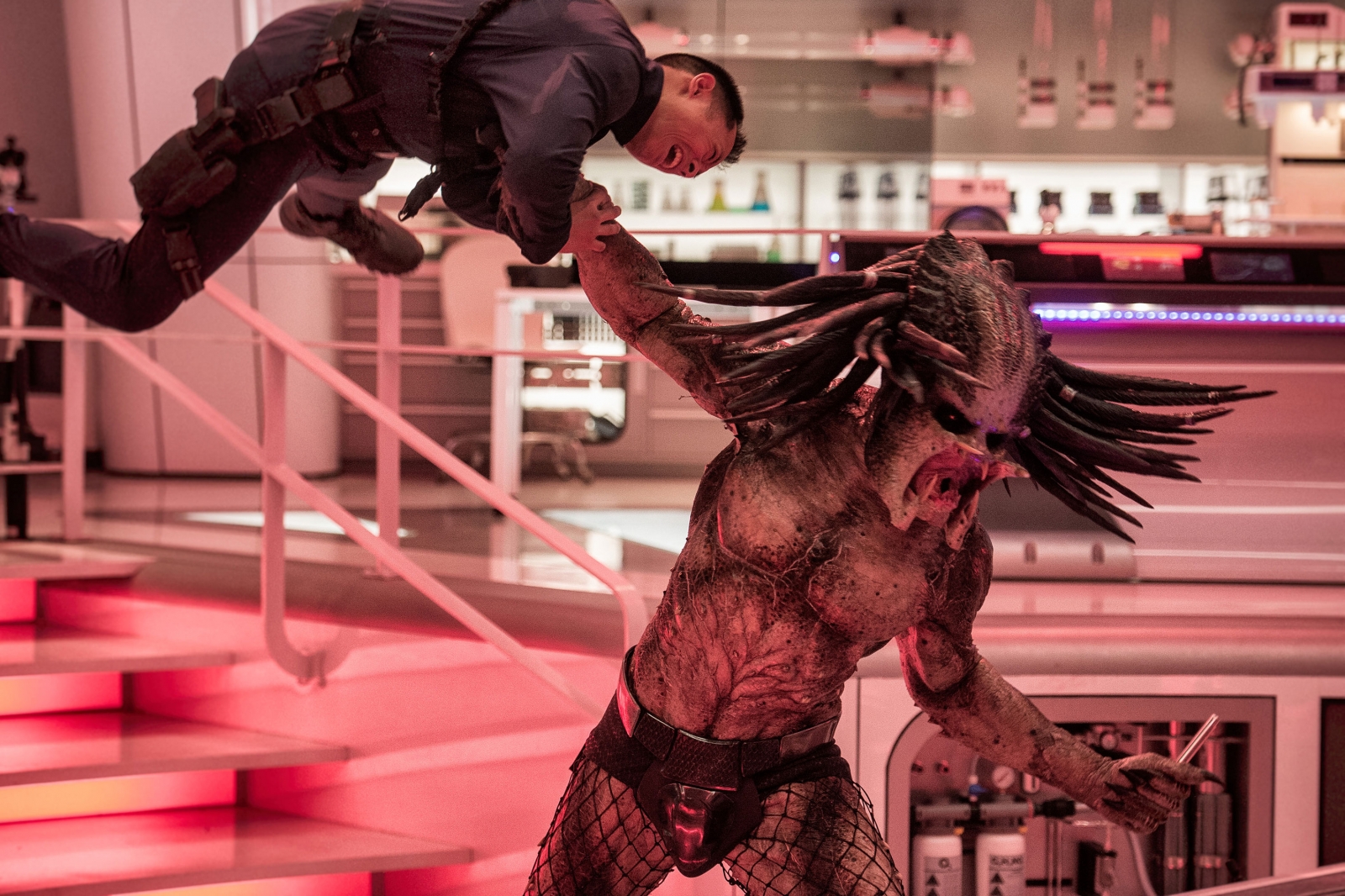 I mean … they tried.

The intentions were good with “The Predator,” Shane Black’s attempt at continuing the sporadic franchise. There was great promise in Black’s involvement; as one of the better craftsman of ’80s popcorn (“Lethal Weapon,” “Monster Squad”) turned thoughtful post-millennial filmmaker (“Kiss Kiss Bang Bang,” “The Nice Guys”), there might be no better choice. (He also played a supporting role in the original flick, so that helps.)

The trouble is how little there is to do with the great, alien beasts at the core of the franchise. Not unlike Michael Myers, another killing machine that will be resurrected this fall, the Predator works best when nothing is explained: Here are some guys, an invisible fiend begins killing them, someone has to figure out how to stop it. When you go deep on Predator mythology — or, as this latest installment does, Predator biology — you’ve lost it.

We meet our titular hunter aboard his spaceship, stomping around like Chewbacca, in the midst of an interstellar escape; the creature crash-lands on Earth near a military mission led by Quinn (Boyd Holbrook). Army brass, eager to keep Quinn quiet, throws him on a bus of misfits bound for some black site; unfortunately, an unscheduled detour just so happens to take the gang through the area where the Predator is being kept and studied. If you’ve guessed that the Predator quickly escapes, congratulations: You know how movies work.

Along for the ride: Casey (Olivia Munn), a biologist who develops combat training in an awful hurry; Traeger (Sterling K. Brown), a conniving military fixer determined to keep a lid on things; and Rory (Jacob McKenna), Quinn’s young son with a flair for technology. (There are some decent performers among the gallery of good guys, too, including “Moonlight” star Trevante Rhodes and Keegan-Michael Key.)

The constituent parts of “The Predator” add up well enough; the gang-versus-beast thing is the core of the franchise, after all, and the script (by Black and Fred Dekker) clips along. Holbrook isn’t much of a star, but Munn is; she and Rhodes keep things plausible.

“The Predator” has nowhere to go, however, and when it has to explain itself, it feels less like a tight action gem and more like a substandard “X-Files” episode. There’s enough flair and fun to keep fans from demanding a refund, but that’s about it. “The Predator” can safely go back to space without anyone missing it.