The 400-Word Review: The Possession of Hannah Grace

It's tough to take a setting this creepy and waste it, but this limp possession flick manages to do just that. 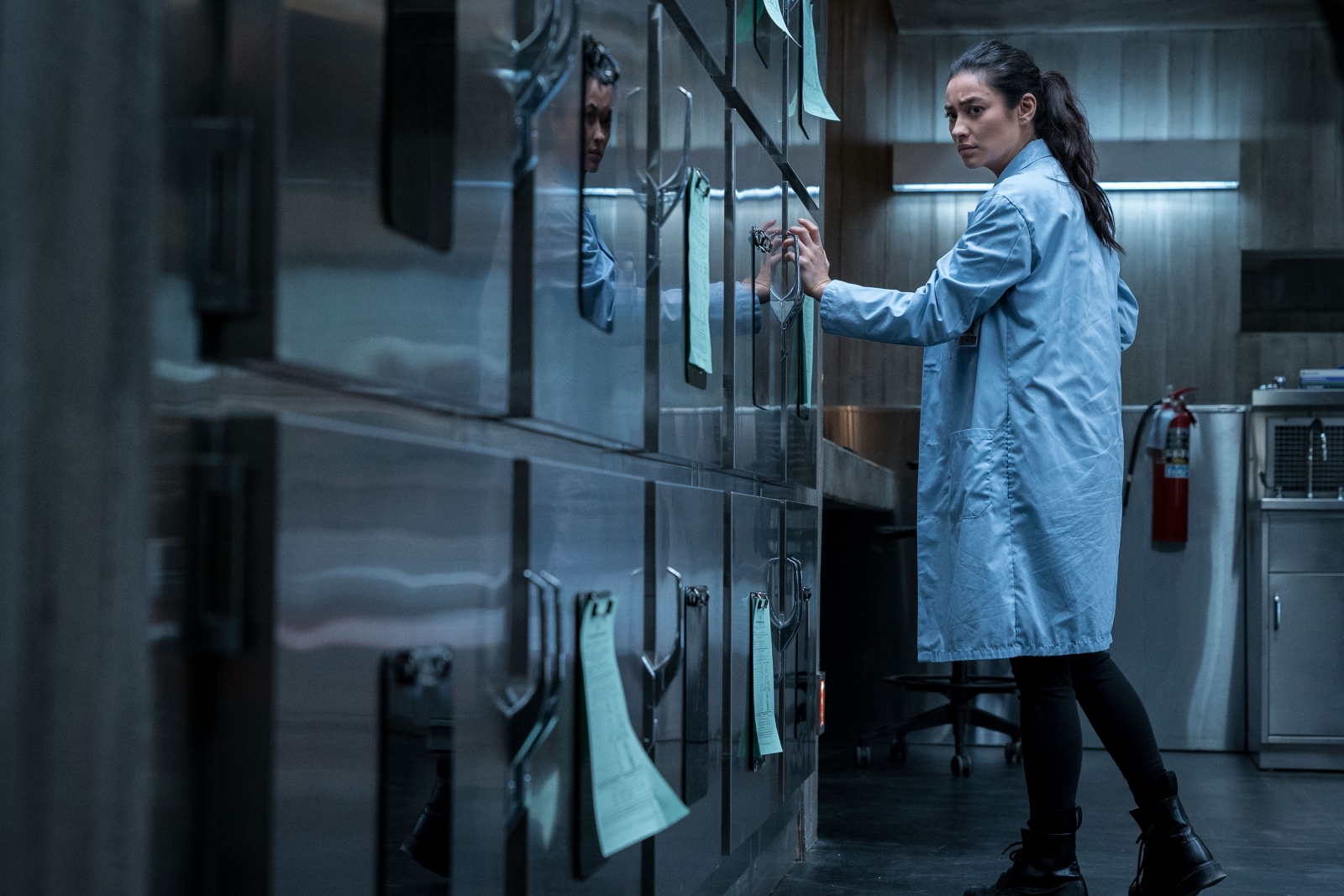 The mostly undistinguished filmmakers behind “The Possession of Hannah Grace,” a quickie demon flick inexplicably showing up during the holiday-and-awards-bait part of the film calendar, showed up to work and hoped for the best. They picked an admittedly creepy setting — the night shift at a metropolitan morgue — and came up with enough backstory to justify the presence of a wandering corpse.

No one knew what to do from there, but so it goes.

Megan (Shay Mitchell) is down on her luck. As a young cop, she froze during a standoff; her partner was shot and she became an addict. Through the power of … jogging and staring at the wall in the shower, she’s trying to get her life back on track. A nurse friend recommends a night job at the hospital; it keeps the urge to party at bay, after all.

Meanwhile, Hannah Grace (Kirby Johnson) has come down with a nasty case of demonic possession. When it’s clear that Satan’s little helper isn’t going to release Hannah, her father (Louis Herthum) kills her to end her suffering. No one told the pesky demon that the bell had rung, however, and Hannah’s mortal remains stay thoroughly possessed.

If we hang around in a dark morgue long enough, it’s bound to get vaguely creepy; the smartest move that “The Possession of Hannah Grace” has up its sleeve is to install motion-sensor lights all over the set, keeping things believably cast in shadow. And yes, a knocking from within the cold chamber is an easy and effective fright.

Mitchell is clearly overmatched; the longtime “Pretty Little Liars” star isn’t ready to carry her own film, especially not one which requires so much solo screen time. She is, however, a step above the supporting cast, most of whom are believable only when their motivation is “sleep-deprived.” Director Diederik Van Rooijen has few ideas beyond jump scares aplenty. The rules defining the postmortem antagonist are not so much established as they are retconned (Dad eventually turns up to explain a mechanic which doesn’t make a lick of sense).

Demonic possession will always be prime meat for aspiring horror filmmakers. “The Possession of Hannah Grace” is another reminder, however, that it takes more than Satan and a dream to make a decent film.