"The Peanut Butter Falcon," an indie comedy with great performances, thinks a bit more of itself than it earns. 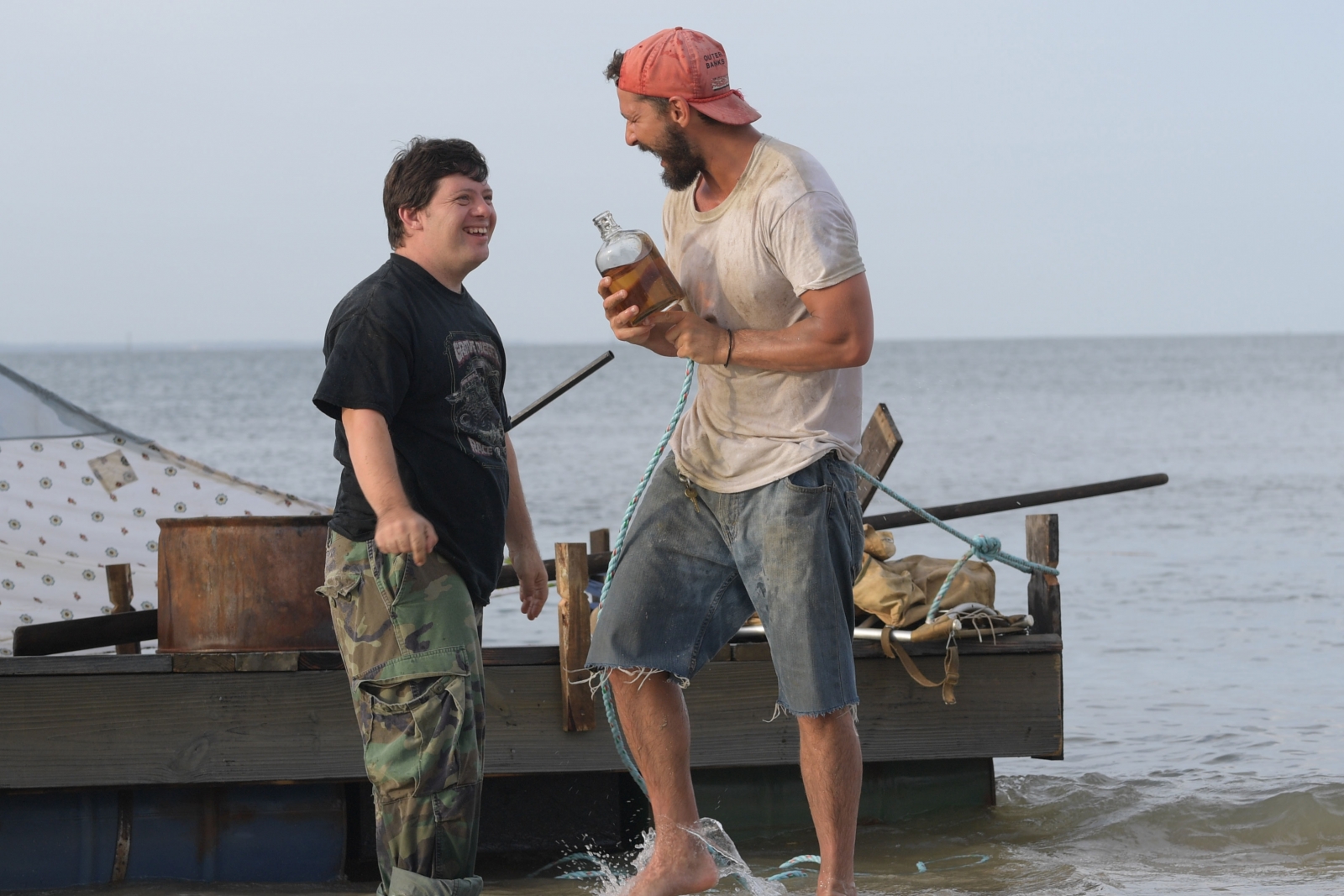 The Peanut Butter Falcon,” a thin story with delusions of profundity, is pleasant enough to watch and enjoy. It wouldn’t do to regard it as any kind of serious tale, however; despite its attempts to wring meaning out of its narrative, there’s very little there.

Ostensibly, it’s about a trio of misfits. Zak (Zack Gottsagen) is a young adult with down syndrome. The state has determined that he’s not fit to take care of himself; in want of a better option, he’s placed in an assisted-living facility for the elderly. He would very much like to escape — and has some witting accomplices, including a mischievous roommate (Bruce Dern, in a delightful role) — much to the consternation of his primary caregiver, a beleaguered but idealistic young woman named Eleanor (Dakota Johnson).

Meanwhile, ne’er-do-well fisherman Tyler (Shia LaBeouf) has run afoul of pretty much everyone, including a group of goons led by sneering fellow angler Duncan (John Hawkes); he torches their equipment after they impugn the reputation of his deceased brother (Jon Bernthal). Tyler’s exodus from the heavies coincides with a successful escape attempt from Zak, and they end up in the same boat. Literally.

The odd-couple relationship that develops between Tyler and Zak is lovely; when Eleanor catches up to them, to serve as a surrogate mother to the latter and a love interest to the former, it’s much less impressive. Writer/directors Tyler Nilson and Michael Schwartz don’t seem capable of handling a female character at this stage in their careers.

The loose drive of the story sees the pair, then trio, head south, bound for a pro-wrestling school Zak saw advertised on an ancient VHS tape. Reality sets in when the group finally arrives at the home of the erstwhile Saltwater Redneck, a washed-up ex-grappler (Thomas Haden Church).

Unfortunately, reality is immediately swept aside to make room for an unearned, cheap happy ending. This was not a tale where everything should’ve ended up working out; it takes an awkward interjection of magic realism to make it happen. “The Peanut Butter Falcon” spends an hour and change seeking nuance, and then dismantles it over the course of a dull shrug of a final act. The performances are lovely, and there’s plenty of pleasant moments spent in the backwoods of the Atlantic coast; if that’s enough for you to overlook a swamp full of other flaws, have at it.