The 400-Word Review: The Occupant 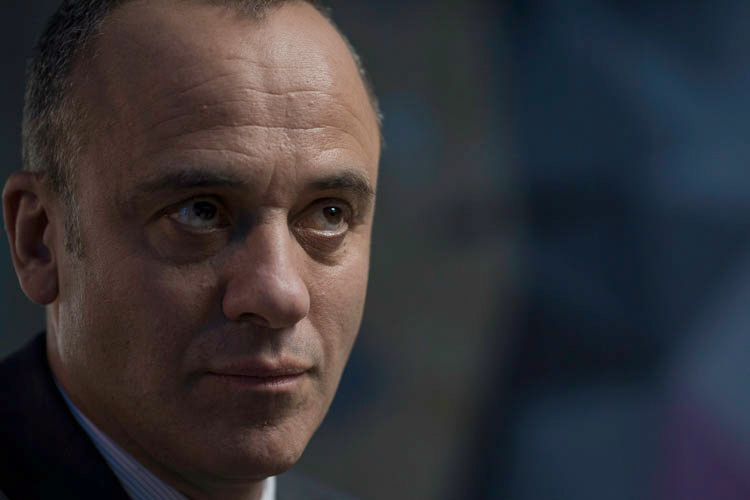 There’s an interesting genre creep at hand in “The Occupant.” At its outset, it is a domestic drama; by the conclusion, it’s a tense, dark thriller. The transition is very careful — and fascinating to watch.

It’s an intriguing way to make a movie. This is different from a bait-and-switch approach, when a movie sells itself as one thing but presents another — such as Darren Aronofsky’s “mother!,” for one example, which posed as a risque thriller but turned out to be a bloated walrus of allegorical fantasy. That’s deceptive.

Slowly transitioning from one type of movie to another, deftly and organically: That’s art.

“The Occupant” is co-written and co-directed by brothers David and Àlex Pastor, of “Carriers” and the screenplay for “Self/Less.” Javier (Javier Gutiérrez) is out of work as an ad executive; he left a prime position in search of greener grass but struggles to find a new gig that will keep him in the finery that he’s used to. He moves his family out of their posh urban apartment and into a humble abode.

By happenstance, he finds a set of keys to the old apartment. Fixated on the life he’s given up, he starts sneaking into his former home — and inserting himself in the life of Tomás (Mario Casas), the young executive who now lives there. Javier sees Tomás as having usurped his rightful place; Tomás has struggles of his own, including barely maintained sobriety.

When Javier follows Tomás to a 12-step meeting — and then asks his rival to become his sponsor, hiding his connection to the apartment — the turn from drama to thriller becomes irreversible.

Even at that point in the narrative, however, it’s difficult to picture the desperate places where “The Occupant” goes. There’s an element of in for a penny, in for a pound to Javier’s increasing obsession; more powerful is a sense of promise dashed. The world around Javier (and, indeed, the advertisements he’s designed) has always promised the good life. How dare that world — embodied by Tomás — try to take it away?

There are some obvious signifiers here and there, and a few plot threads are dropped. Other than those small flaws, however, “The Occupant” is a winner. The Pastor brothers’ script is a gem — and a model of how to flow naturally from one genre to the next. Budding filmmakers should take notes.

“The Occupant” is now streaming on Netflix.