The big, dumb shark flick will keep your attention, but don't think about it for more than a moment. 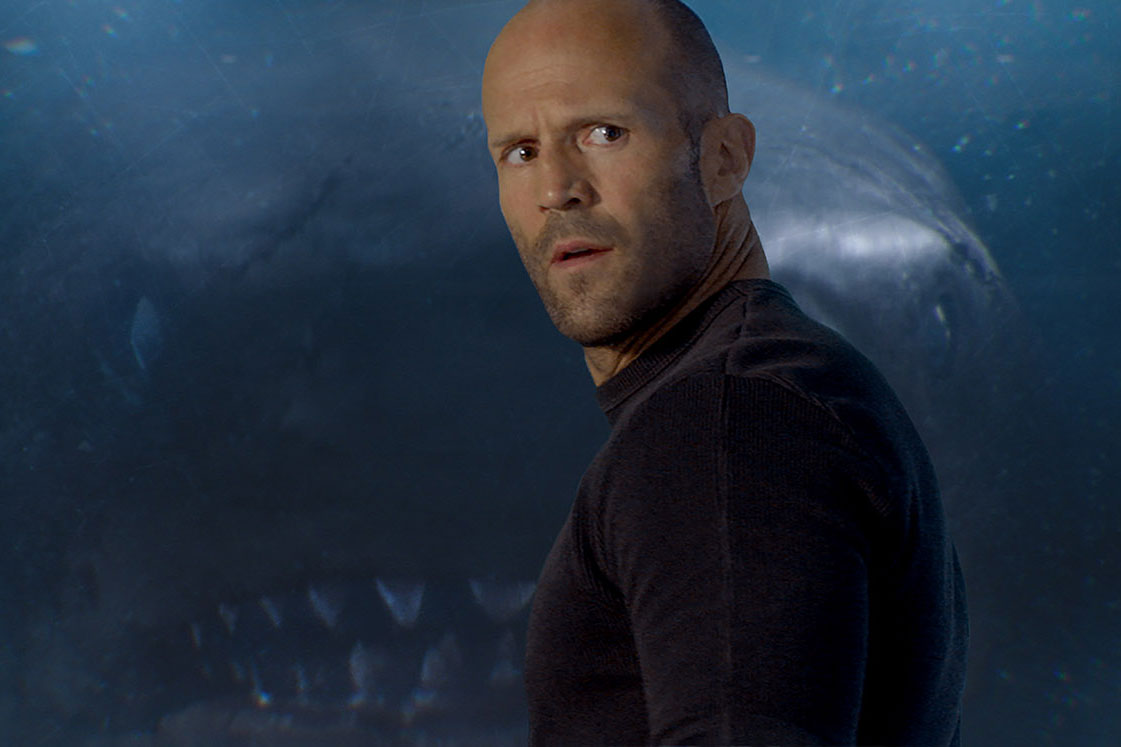 Scenes from a pitch meeting:

“We can’t get the rights to the Mosasaurus from Jurassic World for a spinoff, no. So we’re just going to say it’s an unrelated prehistoric shark that’s been … you know, hiding.”

“You’ve heard the phrase, “Jump the shark.” But what if it’s the shark that’s doing the jumping? Huh? Am I right?”

Somehow, such entreaties — and, assuredly, the promise of success in the lucrative Chinese market, owing to cross-cultural casting — convinced a room full of film executives to greenlight “The Meg,” a dumb-as-chum monster flick helmed by unremarkable director Jon Turteltaub.

Some years prior to the implausible events of “The Meg,” a deep-sea rescue, uh, specialist? Agent? Let’s just go with “ocean rescue guy,” named Jonas (Jason Statham) fled the scene of a reeling submarine, leaving a few colleagues to die, because he believed the sub was under attack by a massive underwater beast. They called him crazy, but he knows what he saw, dammit.

Now, a research company led by an off-brand Elon Musk (Rainn Wilson) is plumbing the depths of the Mariana Trench. Our billionaire repeatedly assures us that such ventures will lead to profit. From the lucrative “telling people about crazy-looking fish” market, I assume.

Anyway, they go down to the deepest fathoms possible and encounter a megalodon, a species of giant shark (roughly three Jaws-lengths, if you’re keeping score) thought to have gone extinct more than 20 million years ago. The big fish disables the research vessels, Jonas is called in to rescue them, and the sharks are none too happy about being disturbed.

The script is dreadful. Screenwriters Dean Georgaris and Jon and Erich Hoeber — the combined resumes of whom contain a cavalcade of unremarkable pictures — can’t even make sense of their paper-thin plot, with characterizations changing wildly from one scene to the next and whole developments lifted directly from “Jaws.” Spoiler: The shark they easily catch after an hour isn’t actually the right shark! Who, other than Peter Benchley, 45 years ago, would imagine such a development?

Despite this and innumerable other flaws, there’s something watchable about man versus shark, in any haphazard form. “The Meg” is definitely a bad movie, but one that you can sit through in a pinch. For god’s sake, though, don’t pay too much attention.