The 400-Word Review: The Little Stranger

There are chills in this gothic horror, but only if you're willing to go along with them. 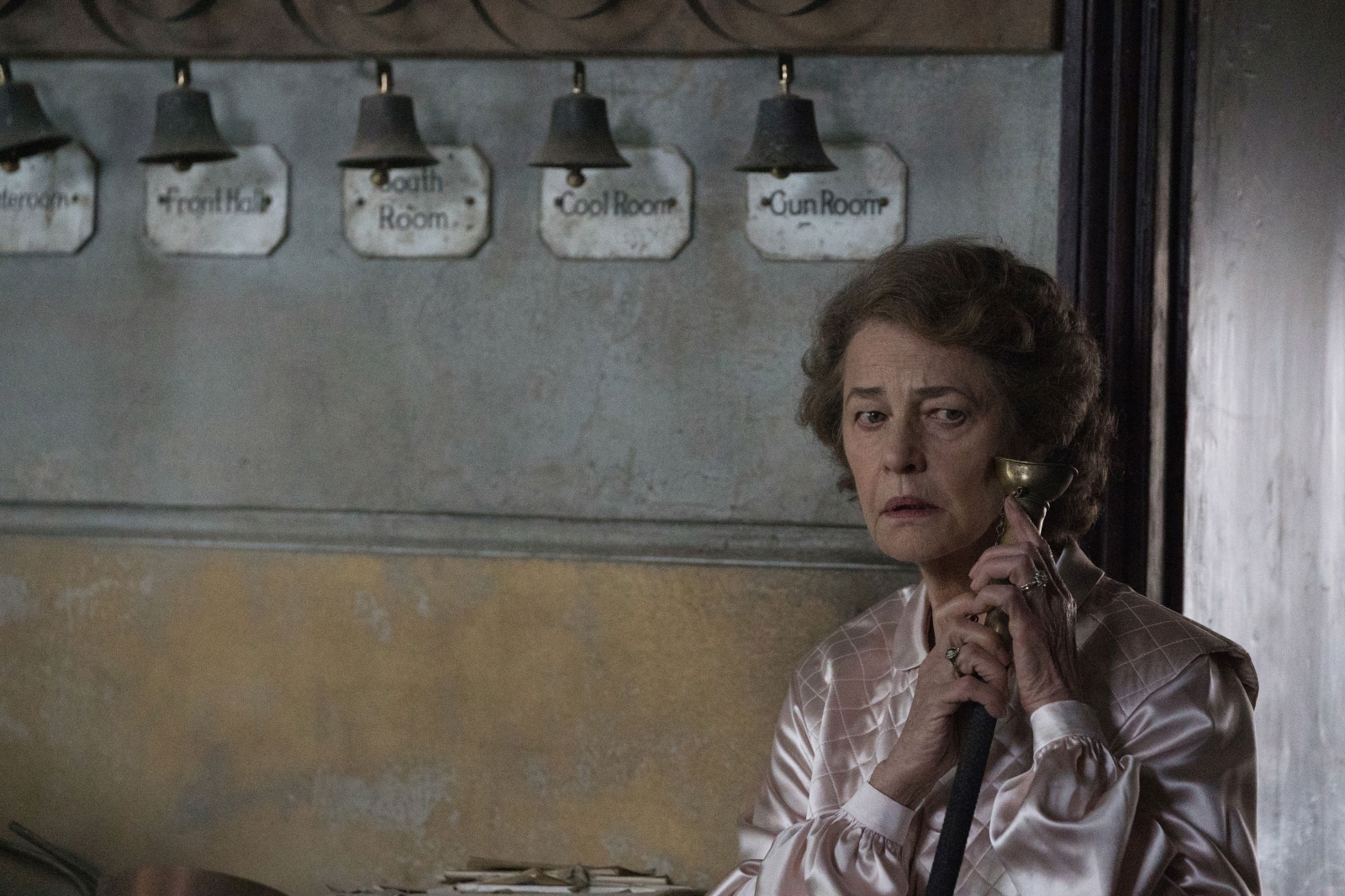 The Little Stranger” is going to need you to do some of the heavy lifting.

The elements are all in place: director Lenny Abrahamson follows his stellar “Room” with an assured and effective effort. The cast, especially Charlotte Rampling and current Hollywood darling Domhnall Gleeson, give nuanced, careful performances. It looks great and sounds better. Playwright Lucinda Coxon produces an efficient yet patient adaptation of Sarah Waters’ novel.

But this is the sort of remote, shadow-drenched subject matter that needs you to go along with it. Less than fully attentive viewings will not do; you’ll need to invest in “The Little Stranger,” even though it does not go out of its way to earn your attention.

Dr. Faraday (Gleeson), a quiet, polite practitioner, is called to a grand but decaying country manor to evaluate an ailing maid. The manse houses remnants of the Ayers family, a once-respected clan driven from their social perch after the death of a child. It is now home to Angela (Rampling), the matriarch; Caroline (Ruth Wilson), Angela’s depressive daughter; and Roddy (Will Poulter), disfigured and addled with post-traumatic stress after serving in World War II.

To Angela, Faraday confesses that he visited the house as a child, experiencing a great deal of envy and fixating on Angela’s late sister, who died not long after. The family, and the house in particular, have taken on something of a mythic quality in the doctor’s mind; he is covetous of the grand home, certainly, but seems not to notice the depths to which it and its inhabitants have fallen.

Nor does he notice the angry and sometimes violent spirit that haunts its halls.

“The Little Stranger” is not always a ghost story, but sometimes it is; it is not always a drama of manners and class, but sometimes it’s that, too. Surprisingly, its supernatural elements are among its least compelling; while there will always be some intrigue in watching a tiny spirit dart around decaying doorways, the relationship between the doctor and Angela is of much more interest. Faraday’s obsession with family and house pushes him past his natural reticence, and Angela’s response is heartbreakingly genuine.

Those looking for Abrahamson to follow “Room” with another knockout punch will be disappointed; “The Little Stranger” is an intriguing film, but not a great one. At times, though, its atmosphere will creep under the skin — of attentive viewers, at least.