The 400-Word Review: The Legacy of a Whitetail Deer Hunter

The Netflix exclusive Josh Brolin flick is pleasant enough, but light on laughs. 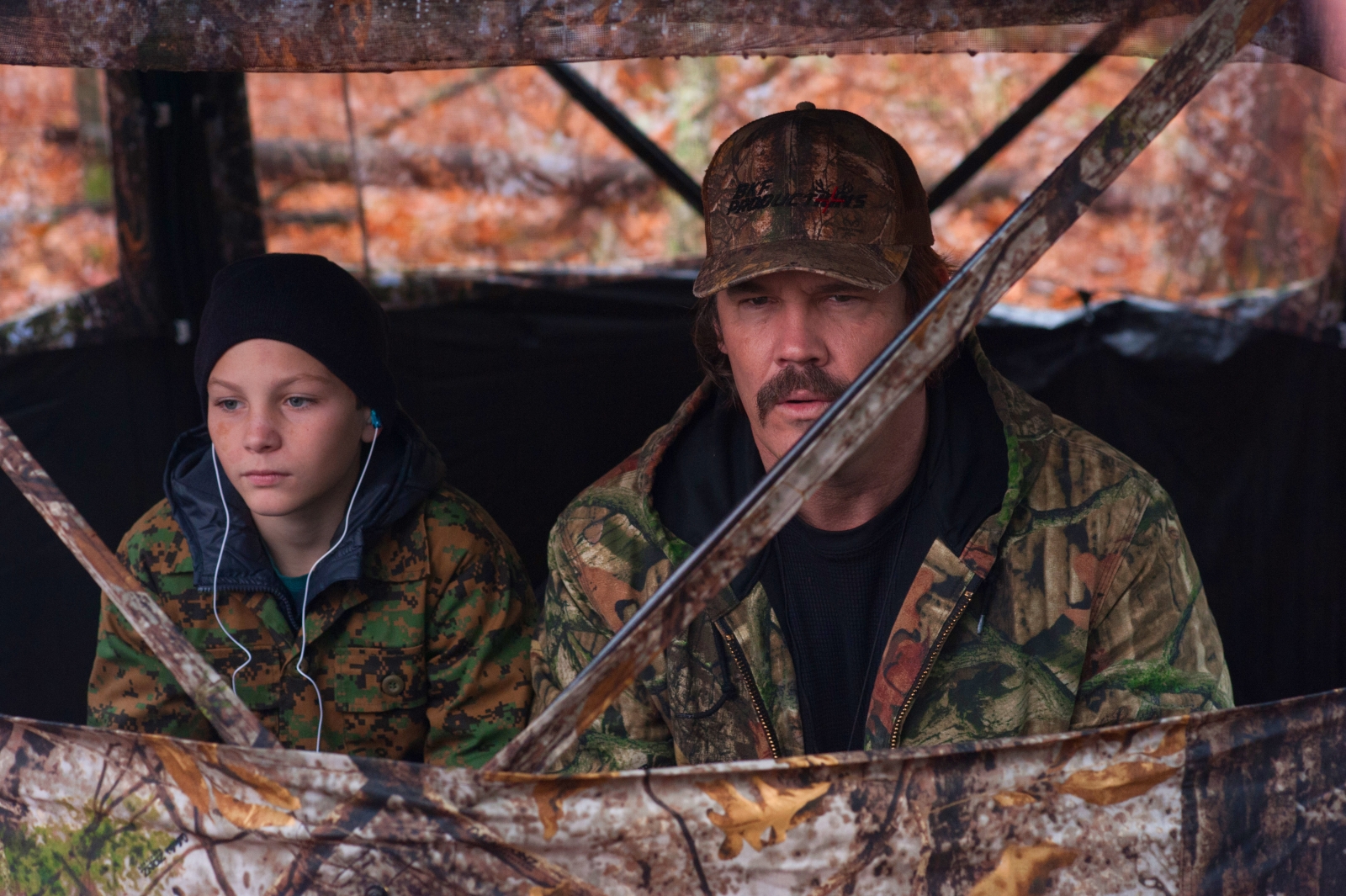 I am grateful that “The Legacy of a Whitetail Deer Hunter” has a cumbersome title. At seven words, I’ll carve out a nice chunk of this review’s word count every time I name the film!

Such assistance is appreciated because there is nearly nothing to say about this utterly unremarkable comedy. Perhaps that’s why it floated in search of a distributor for years before Netflix quietly picked it up and chucked it into the streaming void. (It debuts, exclusively on the streaming service, today.)

Buck Ferguson (Josh Brolin) plays an unironic star of outdoors DVDs, the sort you might find a large cache of in your hunting-obsessed uncle’s den. His latest project: A video that will allow him to reconnect with his 12-year-old son, Jaden (Montana Jordan), as he takes the lad to bag his first deer, with his trusty cinematographer and friend, Don (Danny McBride), in tow.

Buck’s wife (Carrie Coon) has left him and shacked up with a suburban square (Scoot McNairy), and Buck fears his son is headed down an undignified path of gadget obsession. He’s been held back in school, he sets down his rifle to take a call from his girlfriend and he briefly pauses to post a YouTube video about how — gasp — hunting is boring.

It’s pretty stock stuff, and “Legacy of a Whitetail Deer Hunter” doesn’t delve too deep over the course of its paper-thin 82 minutes. The lesson, which is scant but consistent, is one of accepting flaws; rather than force an ending where Buck becomes a responsible father, Jaden grows to respect nature and Don claims his dignity, everyone flirts with those ideas but are instead redeemed by accepting the people around them as imperfect.

There’s something refreshing about that story; a dozen big-budget comedies each year end with Will Ferrell, Kevin Hart or both learning their lesson and making an empty gesture of change. It’s nice to see a comedy with a bit more honesty. It’s also refreshing to see a movie remain committed to a small setup; other than a few establishing scenes, the whole film is three guys in the woods.

It’s just not funny. It’s earnest and heartfelt, but the jokes miss or are omitted. I’d expect more from McBride and his “Eastbound and Down” team. “Legacy of a Whitetail Deer Hunter” will keep you vaguely interested until the credits roll, but that’s about it.