The 400-Word Review: The House With a Clock in its Walls

Jack Black stars in a family-friendly horror flick that isn't afraid to scare its young viewers. 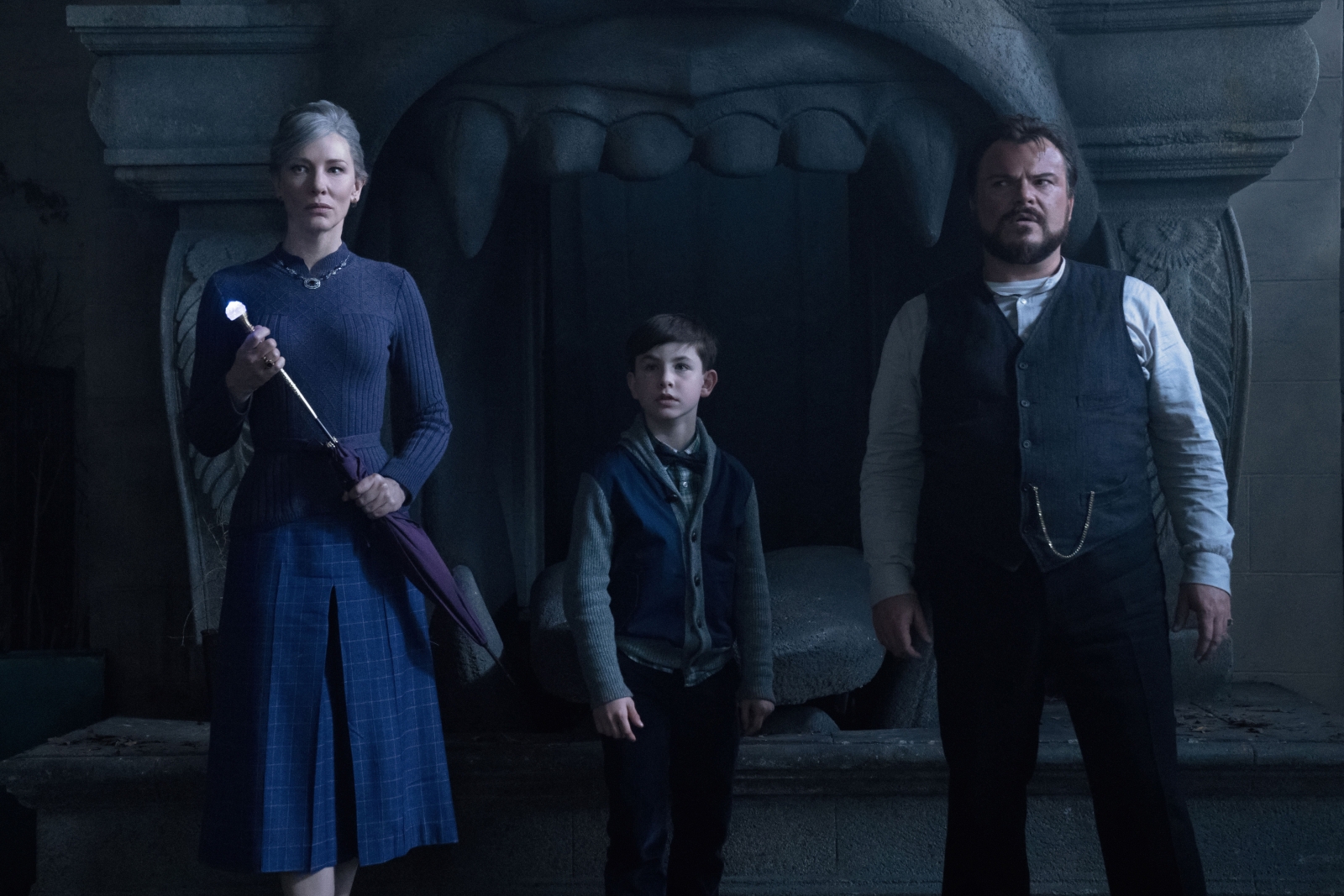 The House With a Clock in its Walls” — you know, the movie with the words in its title — is a bit rickety and never stops trying too hard. But it also represents a return to form for family-friendly horror (the genre with problems in its nature); it’s an imperfect, but welcome, effort.

Precocious Lewis (Owen Vaccaro, the kid with a future in the pictures) is shipped off to an idyllic small town after the untimely death of his parents. He’ll be living with his estranged and eccentric uncle, Jonathan (Jack Black, the actor with gaps in his resume), who quickly reveals himself to be a warlock. He and his contentiously beloved neighbor, Florence (Cate Blanchett, the star with gravitas in her performance) are trying to unravel the mysteries of the titular house; it’s been plagued by an infernal ticking since the violent death of its previous tenant, a fellow wizard named Isaac (Kyle Maclachlan, the performer with madness in his eyes).

“The House With a Clock in its Walls” was a beloved, if slightly forgotten, ’70s novel by the late John Bellairs. It spawned a series — a fact that surely helped get the movie made, since sequel potential remains in vogue — marked by a nominally child-friendly horror. There were plenty of pictures in the ’70s and ’80s unafraid to scare kids; in the current moment, there seems to be a reluctance to risk traumatizing the wee ones, so the only comparable pictures are deliberately cartoonish spoofs like “Goosebumps” (the franchise with weakness in its execution).

Amblin Entertainment — no stranger to scaring kids, albeit decades ago — clearly wanted to go for more visceral scares with this one, opting to hire Eli Roth (the director with gore in his reputation) to helm “The House With a Clock in its Walls.” Roth’s predilection for intense, unwavering depictions of horror comes in handy here; the frights, relatively tame though they may be (sinister mannequins, angry jack-o-lanterns) are treated as real threats; the danger is always truly felt, something utterly absent from family entertainment since the heyday of Tim Burton (the auteur with macabre in his brain).

It’s nothing that grown-up viewers will rave about — but it’s likely to create a generation of fright fans among pre-teens, who will surely have nightmares (yet rewatch anyway). The horror filmmakers of the future owe Roth and Amblin their sincere gratitude.