The 400-Word Review: The Highwaymen

Revisiting "Bonnie and Clyde" is an odd choice, but strong direction and performances make it worthwhile. 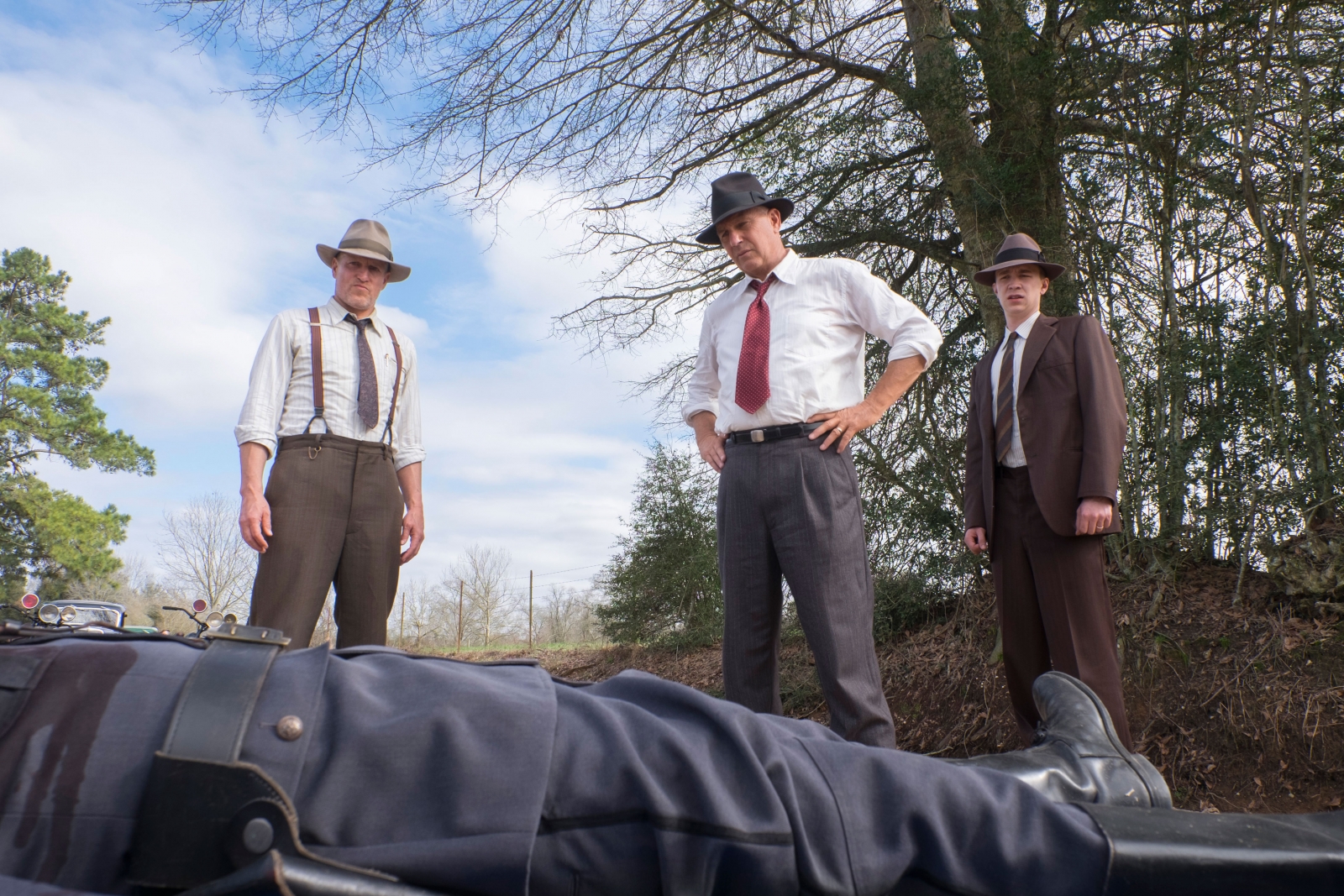 I’m not sure how necessary “The Highwaymen” is; I admit I’ve never spared a thought for the backstory of the men who hunted and eventually killed famed outlaws Bonnie Parker and Clyde Barrow. The landmark 1967 film on the subject is a pillar of cinema history; revisiting the tale to take a look at the antagonists feels a little like a gritty reboot of “Jaws” told exclusively from the shark’s perspective.

Although I prefer this approach to a straight remake, so I guess we should count ourselves lucky.

What’s more, the new perspective may well be the film’s mission. John Fusco’s script frequently bemoans the status of Parker and Barrow as beloved, antihero celebrities; one wonders if “The Highwaymen” isn’t intended as something of a corrective to the popular record.

Former Texas Ranger Frank Hamer (Kevin Costner) is pulled back into the saddle — or in this case, the handsome 1934 Ford — because Texas Governor Ma Ferguson (Kathy Bates) is getting desperate. Bonnie and Clyde just keep killing people, but the public sees them as star-crossed lovers and modern-day Robin Hoods. Despite having disbanded the Rangers herself, Ferguson agrees to let some beyond-the-law muscle track down the gang.

After reuniting with his old sidekick, Maney Gault (Woody Harrelson), Hamer begins patrolling most of the southern United States in pursuit of his famed quarry. The public isn’t helpful; competing law enforcement officers, including the oft-maligned Hoover FBI, are bungling the investigation at every step. Hamer and Gault do have some surprising allies: The families of the criminals, who want the rampage to end.

Director John Lee Hancock held back on some of his previous efforts; “The Founder” was good and “Saving Mr. Banks” was fine, but neither offered much in the way of visual style. “The Highwaymen,” on the other hand, is soaked in gorgeous images. John Schwartzman’s photography is excellent, and Hancock composes scenes like a director who’s finally free to get creative. A stunning chase scene in a Kansas field plays out like Prohibition-era “Mad Max.”

“The Highwaymen” has plenty of fat that might’ve been trimmed — we could’ve done without the hackneyed scene where Hamer’s wife gives him the “I could tell you you’re too old for this, but I won’t” speech — and is a little too thoughtful for its own good. On the strength of solid direction and fine performances, however, it’s an easy winner.

"The Highwaymen" premieres March 29 on Netflix.